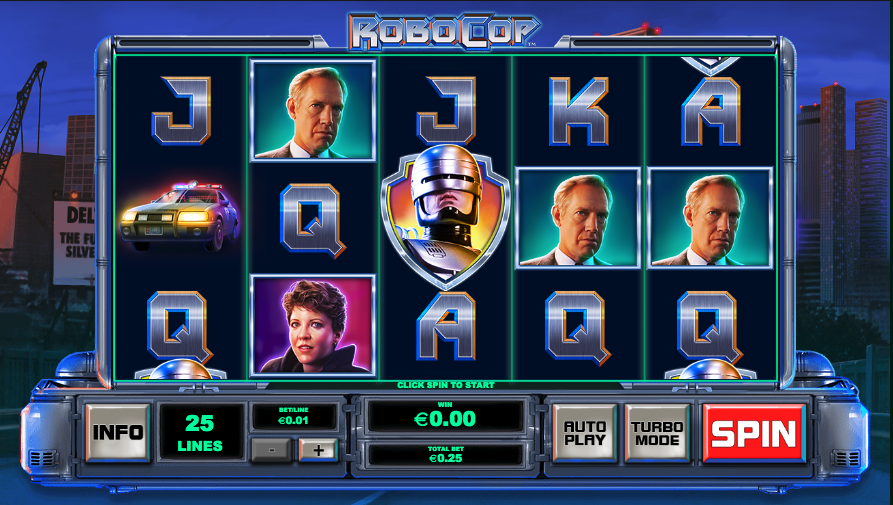 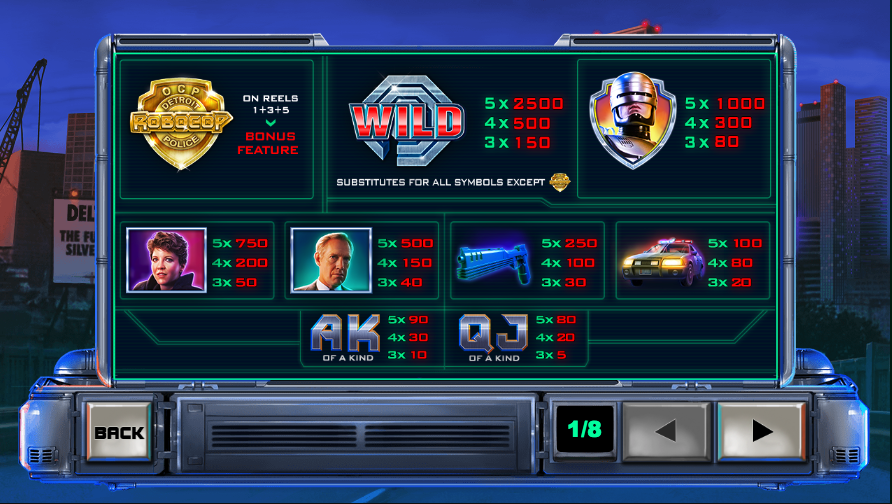 Arriving uncompromisingly at a Playtech casino near you is this online slot machine based on the classic Robocop movie; thankfully it’s themed on the classic 1987 version, not the 2014 film which added very little to the franchise and it’s not to be confused with Fremantle Media’s similarly titled game.

Robocop is a five reel slot with three rows and twenty five fixed paylines; the metallic, futuristic reels spin against a backdrop of the city of Detroit where traditional neighbourhoods are being pacified and gentrified by private interests.

The wild symbol is the OCP corporation’s logo and it will replace all others to help form winning combos except for the Robocop badge bonus icon.

These are randomly occurring features which can trigger on any base game spin:

This is triggered by landing three of the Robocop badges anywhere on reels one, three and five and you will get to choose from one of the following features (they are all better versions of the Random Robotized Features):

Robocop was one of the classic 80s movies and this slot from Playtech pays tribute to it’s atmosphere and characters really well; there are plenty of features based on events from the film and an RTP ranging from 95.32% to 95.37%.