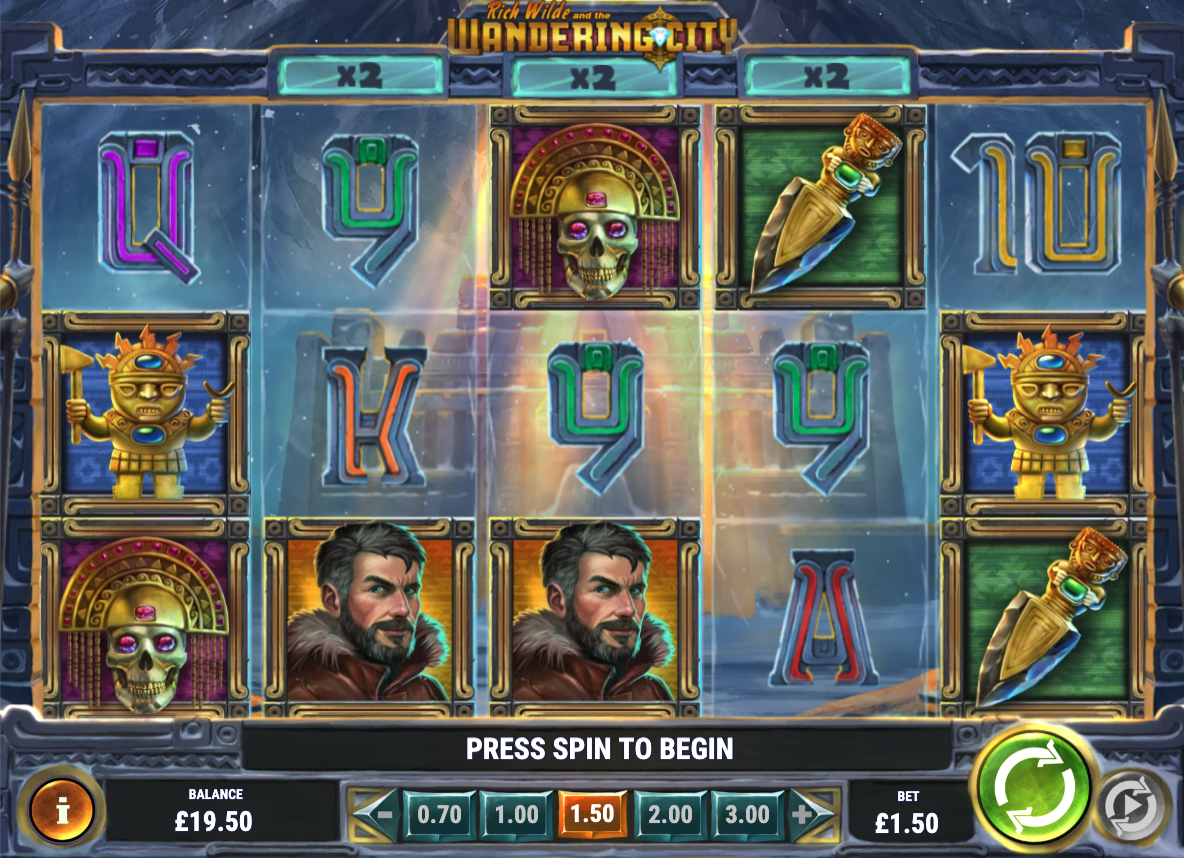 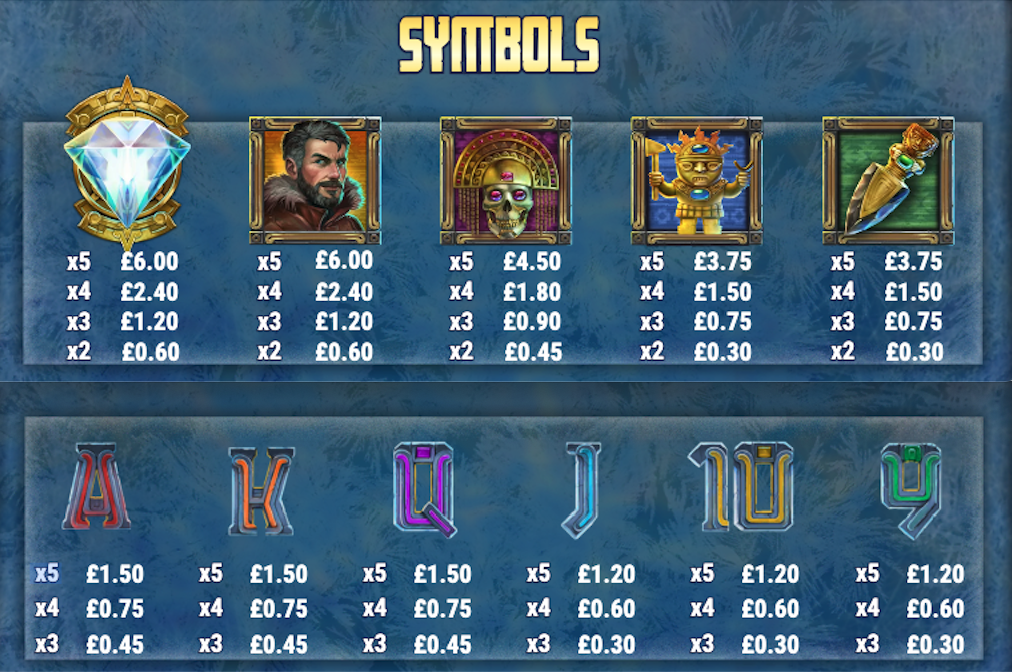 In previous outings for Rich Wilde we might have accused him of restricting his adventures to destinations where the weather is always warm – Egypt and India for example – but in this latest outing the ageing grave robber sets his sights on the mythical Wandering City which is rumoured to be hidden in a chilly Andean valley within Patagonia. Free spins and multiplier reels await those willing to join Rich on this latest episode of colonial thievery.

Rich Wilde and the Wandering City is a five reel slot with 243 ways to win and the those reels spin on an ornate stone structure set in a wind-blown valley overlooked by a vast mountain. Stern statues keep a close eye on proceedings on either side.

High value symbols include Rich himself, golden masks, tiny statues and daggers; 9, 10, J, Q, K and A represent the lower values. The large diamond is both the wild and the scatter symbol.

Above reels two, three and four you’ll see the 2x multiplier values and these are triggered randomly when those reels light up; a win which passes through that reel will get the 2x multiplier and more than one reel can be activated at once.

This is triggered by landing at least three of the wild/scattered diamonds anywhere in view and you’ll get an initial ten free spins but the round can be retriggered in the same way up to five more times.

Before the spins start one regular symbol will be selected at random to expand if there are at least three in view – these symbols will payout normal payline prizes even if they are not on adjacent reels.