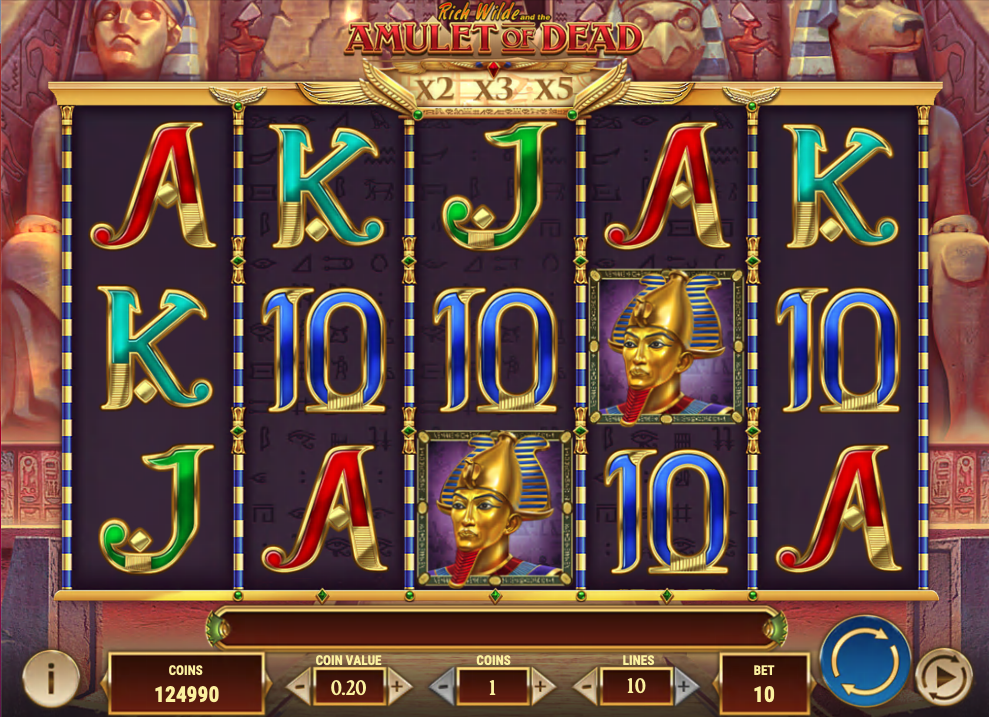 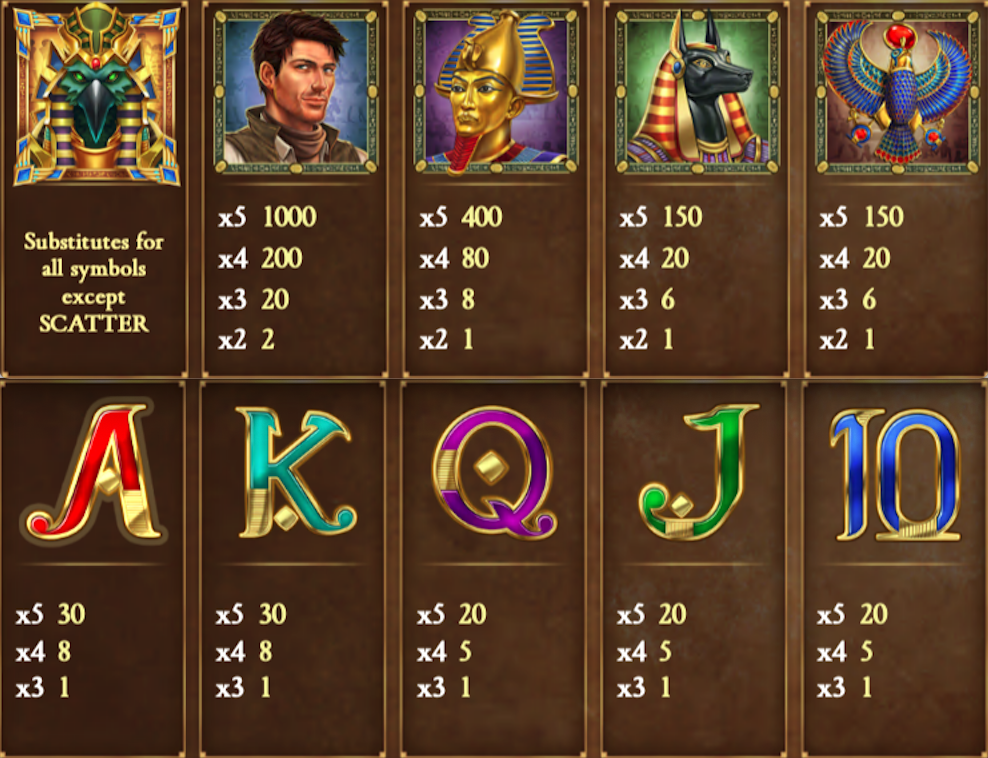 To be honest we thought that once Cat Wilde was on the scene then her dad Rich Wilde would have hung up his grave-robbing tools and retired; however that’s not the case because he’s back and searching for the Amulet of Dead in this online slot from Play N Go; from just £0.01 per spin there are free spins and Egyptian-themed wild multipliers to be won.

Rich Wilde And The Amulet Of Dead is a five reel slot with three rows and up to ten paylines; huge carvings form the backdrop to the reels with those recognisable blue and gold staffs separating the symbols.

High value symbols include Rich, the pharaoh’s golden mask, Bastet and the bird; 10, J, Q, K and A make up the lower values. The Eye of Ra is both the wild and the scatter symbol and the second wild is Thoth.

Thoth wild symbols appear on reels two, three and four and when they appear fully in view they’ll apply a win multiplier – 2x for one Thoth, 3x for two Thoths and 5x for three Thoths.

Landing at least three of the Eye of Ra wild/scatter symbols anywhere in view will award an initial ten free spins with the same number available if you can repeat that feat once the round has started.

Before the spins start one symbol is picked at random to expand whenever it appears – this will payout even if not an adjacent reel as long as there are enough on a payline.

Wins can be gambled in a double or quadruple affair but guess wrongly and you’ll lose your prize.

This outing for Rich fits in to the narrative of the various other Rich Wilde slots but it doesn’t offer much in the way of innovation; it looks nice though and it’s not often you get the chance to play with just one payline these days.

Rich Wilde And The Amulet Of Dead FAQs

Rich Wilde And The Amulet Of Dead is an Egyptian-themed video slot from Play N Go with five reels, three rows and up to ten paylines.

The Return To Player percentage for Rich Wilde And The Amulet Of Dead is 96.29%.

How To Win On Rich Wilde And The Amulet Of Dead?

Where can I play Rich Wilde And The Amulet Of Dead?