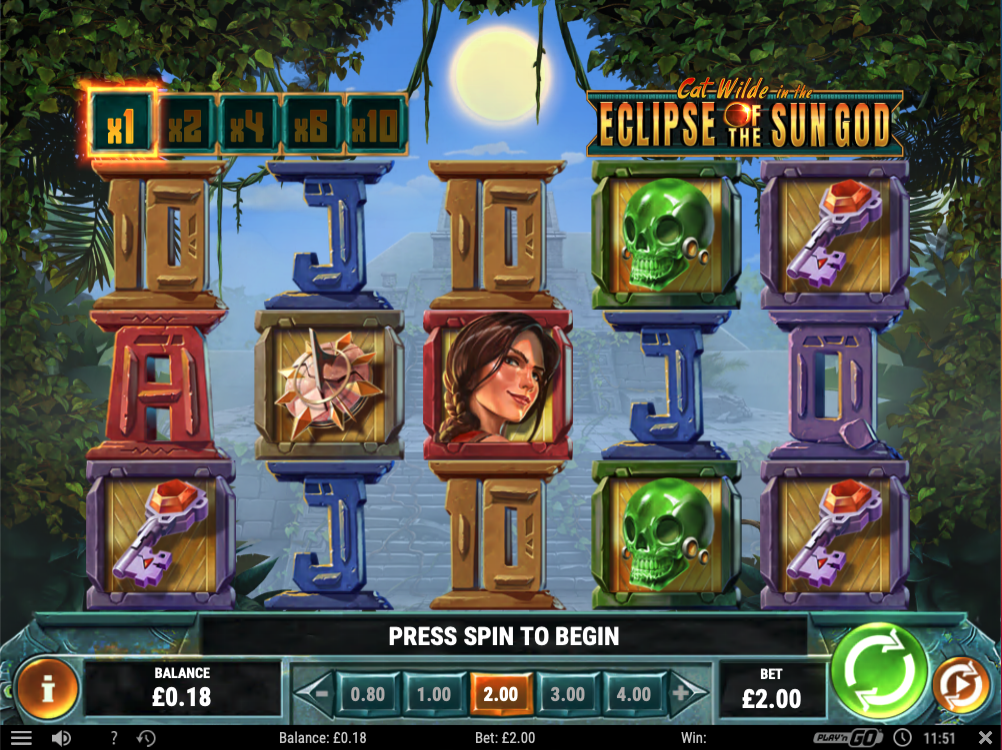 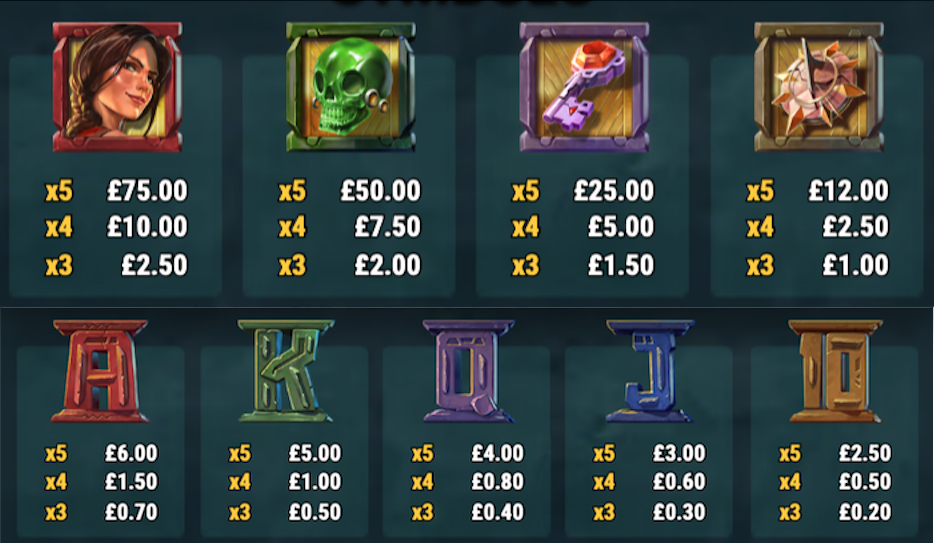 The apparent retirement of Rich Wilde has left the door open for his daughter to fill the grave-robbing void and here she’s back in her second outing – Cat Wilde In The Eclipse Of The Sun God, an Aztec-themed online slot from Play N Go which, from £0.20 per spin, tempts players with cascading reels, wild multipliers and free spins.

Cat Wilde In The Eclipse Of The Sun God is a five reel slot with three rows and twenty fixed paylines; there’s a jungle setting to the action and behind those reels there’s a large Aztec pyramid underneath the blazing sun.

High value symbols include Cat Wilde, the green skull, the purple key and the compass while the lower values are 10, J, Q, K and A; the sun god (named Huitzilopochtli according to Wikipedia) is wild and the Moon Goddess (Coyolxauhqui) is the scatter.

Cat Wilde In The Eclipse Of The Sun God Bonus Features

Every symbol involved in a winning combination will disappear and be replaced by more falling in from above; each successive collapse will increase the win multiplier from 1x, 2x, 4x, 6x and finally to 10x. This resets to 1x when the wins stop.

Each time a set of five scatters is collected the win multipliers for cascades will also be upgraded to enable bigger wins.

There’s a hint of Gonzo’s Quest about Cat Wilde’s latest outing but put that out of your mind because this slot stands up very well on its own; it’s pretty atmospheric stuff with two interesting features and some big potential wins in the free spins round.