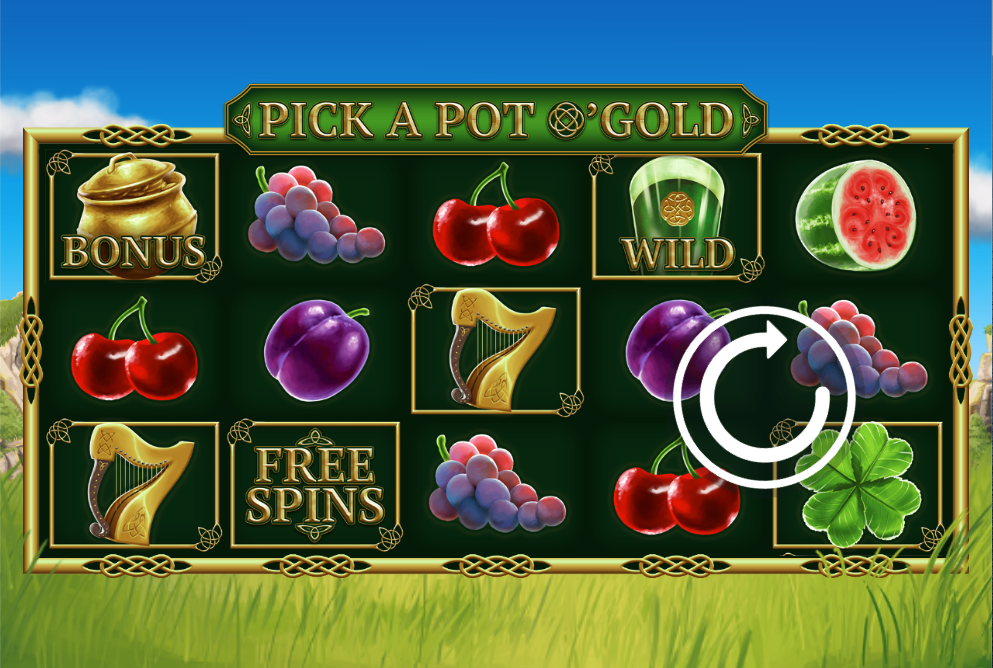 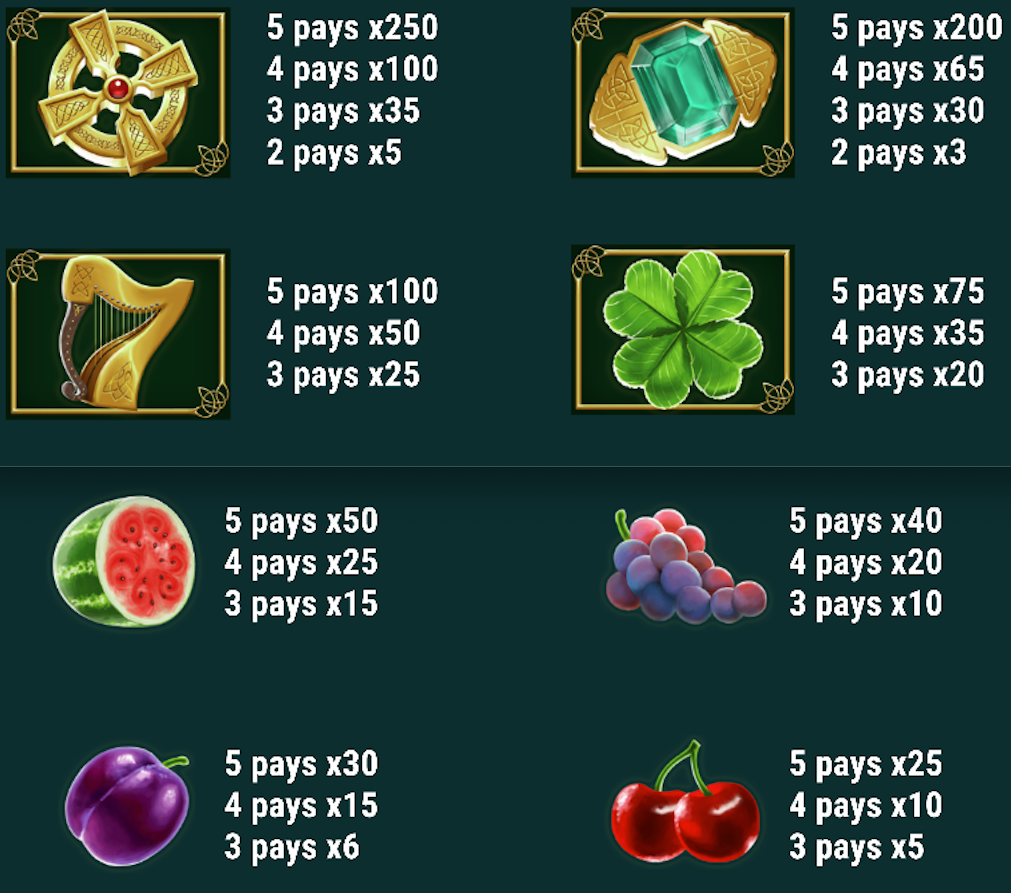 Online slots fans are always ready for a return to the Emerald Isle and in this instance it’s in the company of Pick A Pot O’ Gold, a release from Intouch Games/Slot Factory with a range of Irish symbols, free spins and a lucrative picking round.

Pick A Pot O’ Gold is a five reel slot with three rows and nine fixed paylines; those ornate golden reels float above a meadow under a clear blue sky which is definitely the sort of weather you’ll find in Ireland on any given day. It won’t rain, absolutely not.

The higher value symbols include the leprechaun, the Celtic cross, the jewel, the golden harp and the four leaf clover; the lower value symbols are fruit such as watermelons, grapes, plums and cherries.

The glass of slightly greenish black stuff is wild and it will replace all symbols to help form winning combinations except for the Free Spins and gold Pot bonus icons.

Landing three, four or five of the Free Spins bonus symbols on an active payline will award 5, 7 or 9 free spins respectively; we didn’t trigger this so we can’t say much more about it really, we’re not even sure if it can be retriggered.

This is triggered by landing three of the gold pot bonus symbols on an active payline and all you have to do now is pick one of those pots to reveal a prize proportional to your stake.

Pick A Pot O’ Gold is a perfectly serviceable slot with some attractive gameplay and two solid features but there are many Irish-themed games out there and a number we’d prefer to return to – give it a few spins but try others such as Net Ent’s Finn & The Swirly Spin or Yggdrasil’s Rainbow Ryan.