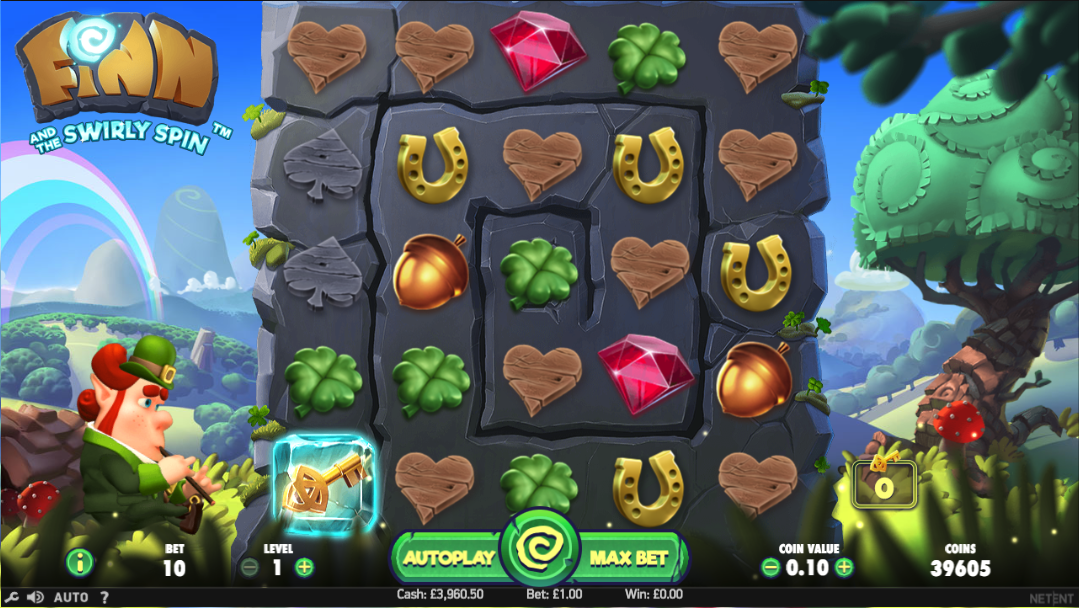 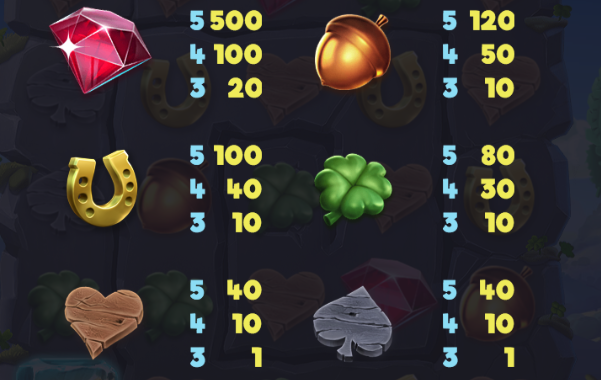 Another trip to the Emerald Isle awaits us now as we check out this release from the development studios of Net Entertainment; it’s an online slot machine called Finn and the Swirly Spin and the title character is a leprechaun who spins the reels in an unusual way.

Finn and the Swirly Spin plays out on what looks like a 5×5 grid but the manner of which the reels swirl towards the centre of a spiral are integral to the gameplay. Once the action has stopped you’ll win by forming matching lines of three or more symbols horizontally or vertically. The symbols involved in each win will then disappear so that more can spin in.

There are only six symbols (which makes matching a little easier) and these are the red gem, the acorn, a horseshoe, a four leaf clover and then hearts and spade icons carved from wood.

The wild symbol is a gold star which is created by a win which contains no wilds; if a wild helps create a win it will explode and remove all adjacent symbols. There’s also a key symbol which is integral to one of the features.

These are awarded randomly during standard gameplay and also play a part in the free spins bonus:

The free spins are activated if you can manage to get the key (which starts in the bottom left hand corner) all the way to the centre position; the first time this is activated you’ll play the default free spins mode but as you trigger this round keys are collected and different modes are unlocked which are enhanced with the random features explained above:

Finn and the Swirly Spin is certainly something a little different from Net Ent but it combines some addictive gameplay, cascading symbols and a whole set of interesting features to produce a real winner. It’s highly recommended and comes with an RTP of 96.62%.