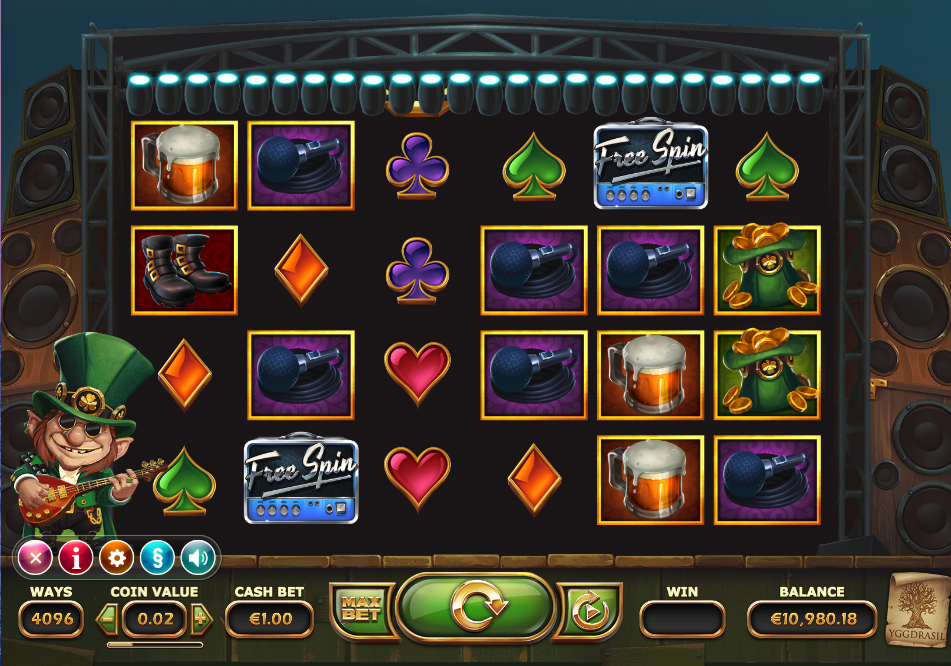 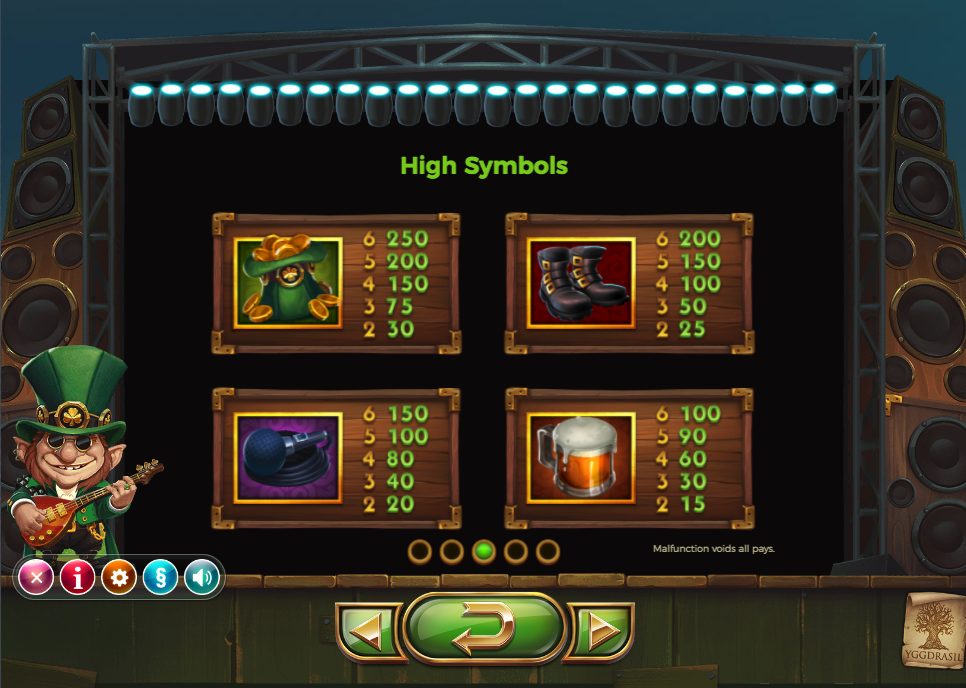 There’s no shortage of online slots with Ireland as their theme and here we have one more although it’s a little different; Rainbow Ryan is developed by Yggdrasil Gaming and it’s centred on a banjo-playing leprechaun who accompanies your gameplay with a constant rock soundtrack.

Rainbow Ryan is a six reel slot with four rows and 4096 ways to win which means that winning combinations can be formed as long as the symbols are on adjacent reels starting from the left hand side; those reels spin on a stage framed by giant speakers while Ryan grins and plays in the bottom left hand corner.

The high value symbols are familiar to the theme and include a hat full of gold, a pair of boots a microphone and a pint of beer; clubs, diamonds, hearts and spades make up the lower values.

The wild symbol is a big gold ‘Wild’ symbols which will replace all others to form winning combos except for the amplifier Free Spin scatter icon.

On any base game spin Ryan may zap the reels with his banjo and sync between two and six of them, meaning that they will be identical when they land; two reels will always be adjacent eons and it’s also possible to sync wilds in this way.

This is triggered by landing three or more of the Free Spin amplifiers anywhere in view to receive the following:

During these spins the Rainbow Reels feature is always active and those synced reels will only increase in number as the round progresses, they will never decrease. It’s not possible to trigger any more spins from within this round.

Rainbow Ryan is typically high quality fare from Yggdrasil and it’s a slot which offers enough to to make repeated plays a likelihood; Ryan himself is a great little character who may yet make an appearance in  sequel but we will wait and see. The RTP is 96.30%.