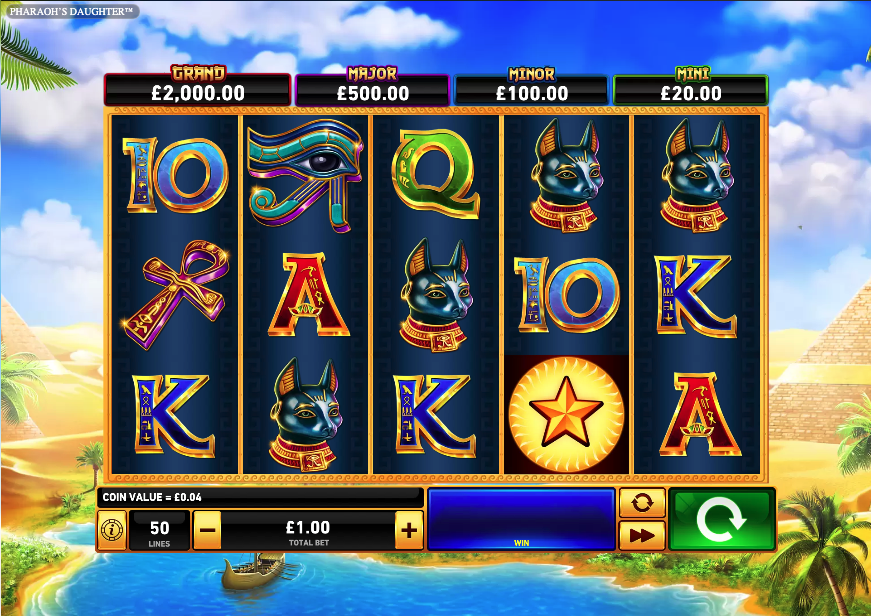 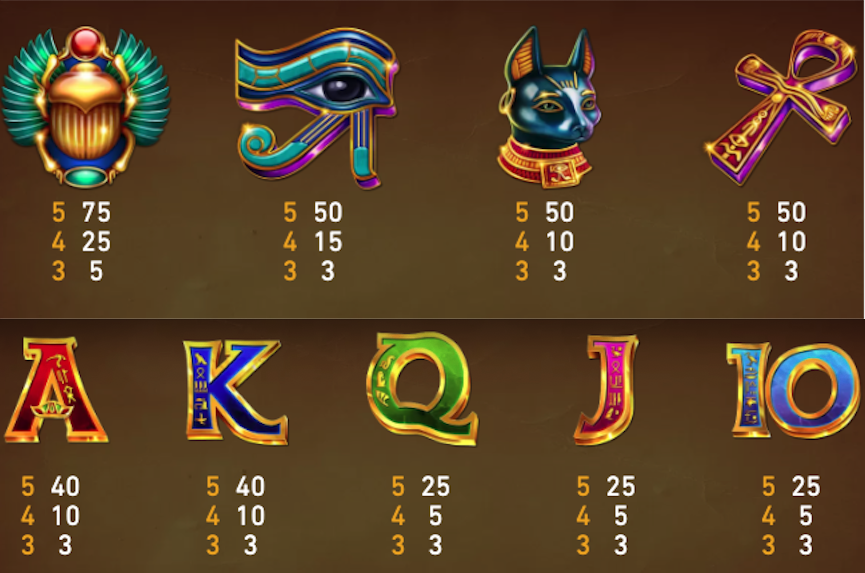 The sun beats down on the pyramids and palm trees of this North African land as we take a trip back to Ancient Egypt to check out this online slot from Playtech/Rarrestone Gaming; it’s called Pharaoh’s Daughter and it promises players free spins, wild symbols and four jackpot prizes.

Pharaoh’s Daughter is a five reel slot with three rows fifty fixed paylines; those reels float above a lake which laps against the desert sand under a cloudy blue sky.

The high value symbols include some familiar godly symbols such as golden scarabs, the Eye of Ra and a gold Ankh; 10, J, Q, K and A represent the lower values.

The Pharaoh’s Daughter is wild, she appears on reels two to five in the base game and she will replace all standard symbols to help form winning combos; the pyramids and the sun are the special symbols.

Landing at least three of the pyramid scatter symbols anywhere in view will award eight free spins initially although more can be won during this round in the same way.

On each spin a reel full of wild symbols or suns will land somewhere to help out with wins or perhaps trigger the Fire Blaze Respins.

This is triggered by landing at least six of the sun symbols anywhere in view and you’ll now receive three respins with those suns held in place; any more suns landing will reset the number of spins to three again until no more land. Each sun will now display a cash amount or a jackpot star which will count towards the Major, Minor or Mini jackpot prizes. Filling all positions with suns will award the Grand Jackpot.

Pharaoh’s Daughter is part of a series of similar slots which also includes the entertaining Golden Macaque so if you’ve played that then you’ll know what to expect; it’s colourful, fast-moving and dangles the carrot of free spins and jackpot prizes.