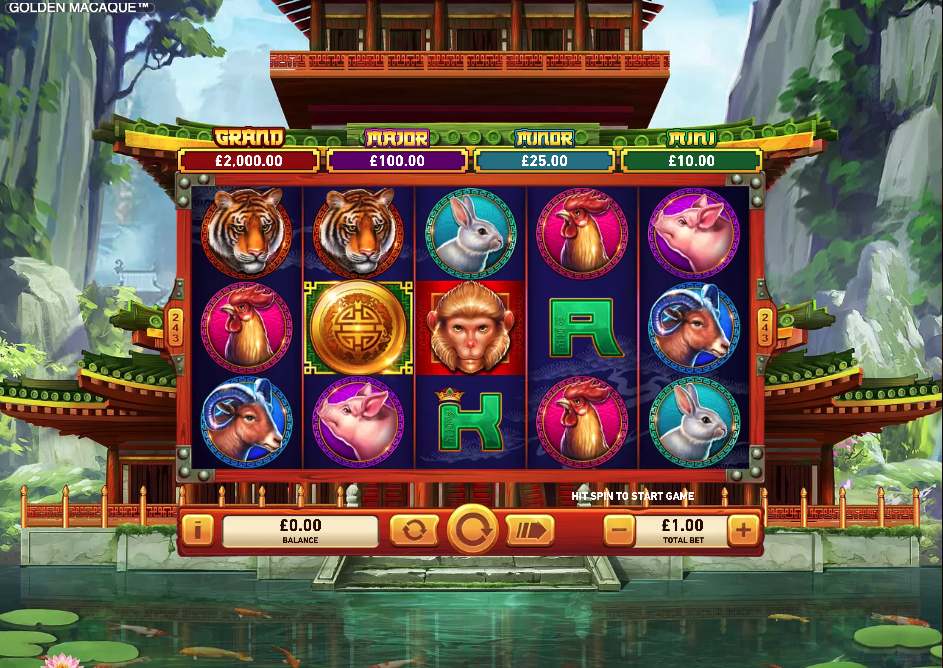 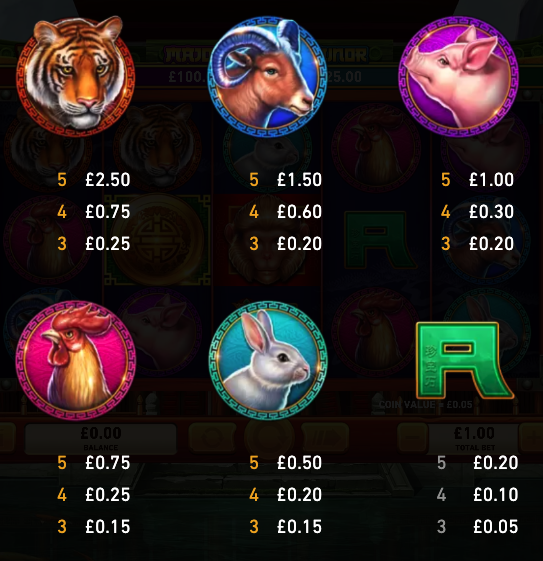 China is a country full of myths and legends, especially when it comes to the role of animals in the older tales; Golden Macaque is an online slot machine from Playtech/Rarestone Gaming which delves into the eastern mysticism and returns with Fire Blaze Respins, the Gong feature and four jackpot prizes.

Golden Macaque is a five reel slot with three rows and 243 ways to win; there’s an attractive setting for those reels which float over a Koi pond against a backdrop featuring a temple and steep-sided cliffs.

The high value symbols include the tiger, the pig, the rooster, the rabbit and the goat; J, Q, K and A make up the lower values.

The Golden macaque is wild, he appears on reels two, three and four and he will replace all standard symbols to help form winning combos; the gong and the drum are the special symbols.

This is triggered by landing at least six of the drum symbols anywhere in view and you’ll now receive three respins with those drums held in place; any more drums landing will reset the number of spins to three again until no more land. Each drum will now display a cash amount or a jackpot star which will count towards the Major, Minor or Mini jackpot prizes. Filling all positions with drums will award the Grand Jackpot and landing any Golden Macaques will reveal a prize equal to all drums added together.

Landing at least three of the Gong scatter symbols in any position will trigger this feature and your first task will be to pick from one of the four Gongs on display – this will award one of the following:

Eagle-eyed slots players will notice the similarity between Golden Macaque and Eternal Lady from the same developer but presumably if you liked one then you’ll like both; we certainly appreciate the combination of features, jackpot prizes and a calming Oriental setting.