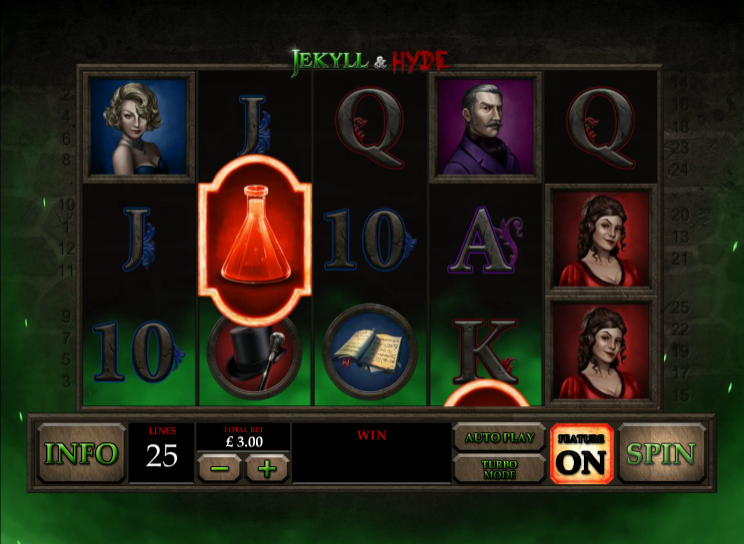 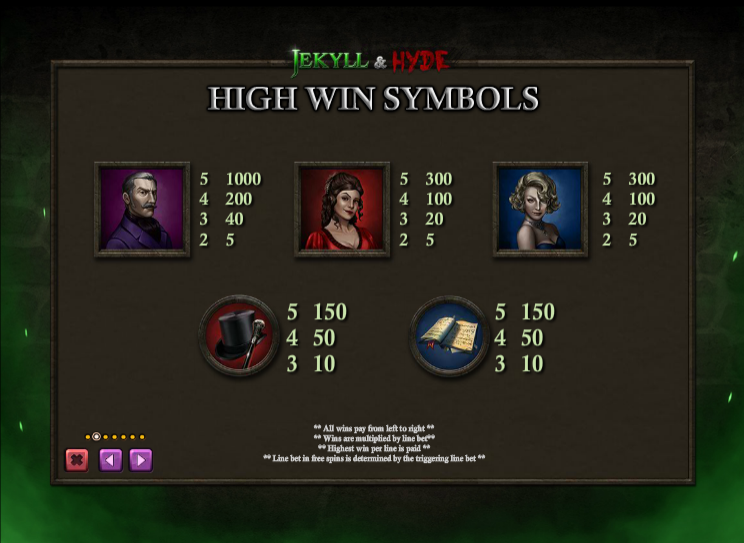 Robert Louis Stevenson wrote this famous novel towards the end of the 19th century and it tells the tale of the transformation of Dr. Jekyll into Mr Hyde and the damage and destruction he causes. This online slot from Playtech is based on that story, it’s called simply Jekyll and Hyde and it joins existing games with this theme from Microgaming (click here) and Betsoft (click here).

Jekyll and Hyde is a five reel slot with three rows and twenty five fixed paylines; the reels spin against  a backdrop of a hazy stone wall with green smoke billowing around the screen.

The high value symbols include three characters from the story – one make and two females – along with a top hat/cane combo and a notebook; 10, J, Q, k and A represent the lower values.

Dr. Jekyll is the wild symbol and appears only on reels two, three and four – if a win is possible he will expand to transform into Mr Hyde and occupy all positions on the reels and perhaps create more wins.

The green potion is the scatter symbol which activates the main feature. If you would like to double your stake for the Feature Bet, the scatter becomes a red potion and can count for you even if it’s just outside the reel area.

This is triggered by landing three or more of the potion scatter symbols anywhere in view (or just out of view if using the Feature Bet). You now get to choose between the following spin options:

The bad news is that each time a scatter lands on reel five, part of the potion in the bottle is consumed; after four hits the round is over. 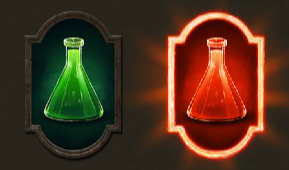 Jekyll and Hyde contains some nice creative aspects to it’s gameplay and it stands up well to the competition in this narrow genre. The Feature Bet can be useful for the higher rollers and the RTP ranges between 96.16% and 96.22%.