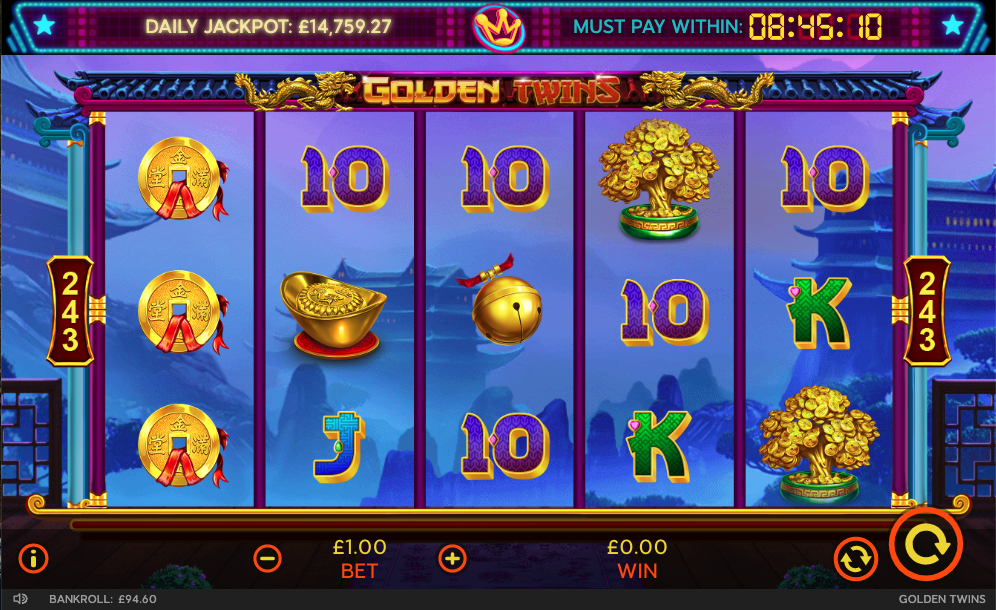 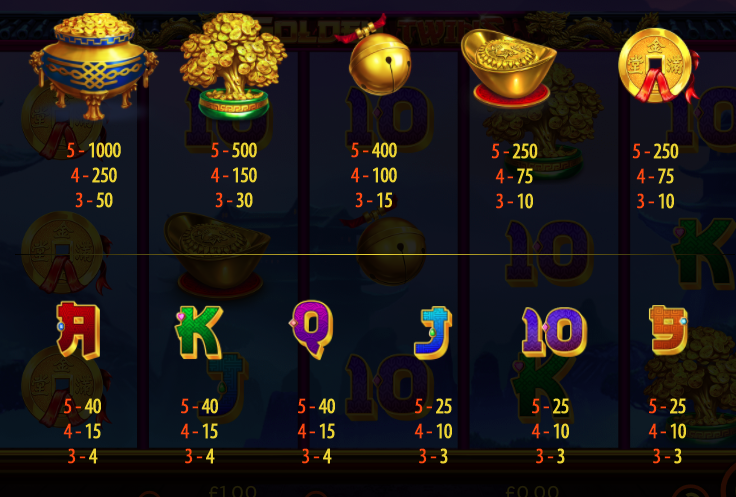 Join us now as we head east and back in time to the mysterious and inscrutable land of China where Bonsai trees and golden ingots provide our entertainment – this is Golden Twins, an online slot from Random Logic/Section8 Studios which comes with an interesting gameplay mechanic and a progressive jackpot which must be won every day.

Golden Twins is a five reel slot with three rows and two hundred and forty three ways to win; the symbols spin on transparent reels through which we can see a hazy, spectacular view of distant temples and lofty mountain peaks. Cherry blossom occasionally blows across the reels on a stiff breeze.

High value symbols include the vase full of gold coins, the golden Bonsai, the bell, the gold ingot and the coin; 9, 10, J, Q, K and A represent the lower values. The Maneki Neko lucky cat is wild, it appears on reels two to five and it will replace all other symbols to help form winning combinations. There’s no scatter symbol in this game.

This is what we’re on the lookout for and it can occurs on every spin – at least two adjacent reels will lock together and reveal the same symbols when they land. Luckier players can see three, four or even all five reels lock together for what would hopefully be a big win.

You probably don’t need to be too eagled-eyed to see that Golden Twins uses the exact same gameplay mechanic as Double Reels from the same developer – we can also go back a bit further to Net Ent’s Twin Spin to see more of the same; originality may not be the selling point here but those who like a Chinese theme will appreciate the high quality graphics and progressive jackpot.