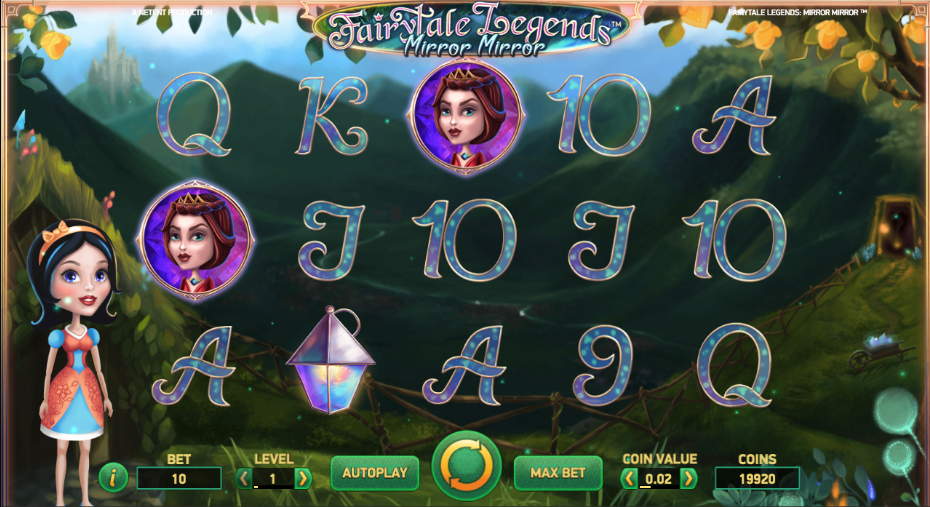 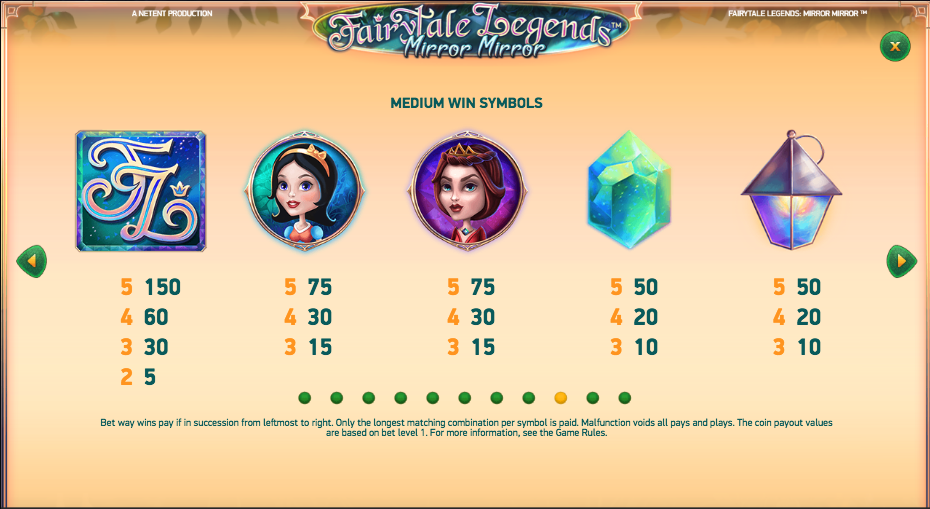 It’s been a little while since Net Entertainment gave us a new Fairytale Legends online slot so it’s good news that we now have Mirror Mirror, a game based on the princesses battle with the evil queen. It’s full of extra features so keep reading to find out how it all plays out.

Fairytale Legends: Mirror Mirror is a five reel slot with three rows and two hundred and forty three ways to win; through those transparent, floating reels there’s a view of a fantasy landscape of castles and rolling hills with our heroine watching on from the left hand side.

The high value symbols include the game’s logo, the princess, the evil queen, a large jewel and lamp; 9, 10, J, Q, K and A make up the lower values.

There are no wilds in Mirror Mirror but there are two bonus symbols including the mirror and the gold box.

Trigger this by landing a mirror symbol on reel three in the base game and it will reveal the princess or the queen; this symbol will remain in place for a free respin and any more matching symbols landing will continue the process. When no more symbols land the payout will be made.

These three mini-features can be randomly activated in the base game:

This is triggered by landing three of the golden boxes anywhere on reels one, three and five – it may also be activated randomly on a losing spin the base game.You will now be prompted to pick one of the boxes which will determine the feature awarded:

Mirror Mirror is a feature-packed slot from Net Ent with some lovely graphics, laid back sound effects and plenty of charm; we found that it was a little tricky to trigger the extras but perhaps that’s our bad luck. If you’d like to try other games in this series then please do so – Hansel & Gretel and Red Riding Hood. This game comes with an RTP of 96.48%.