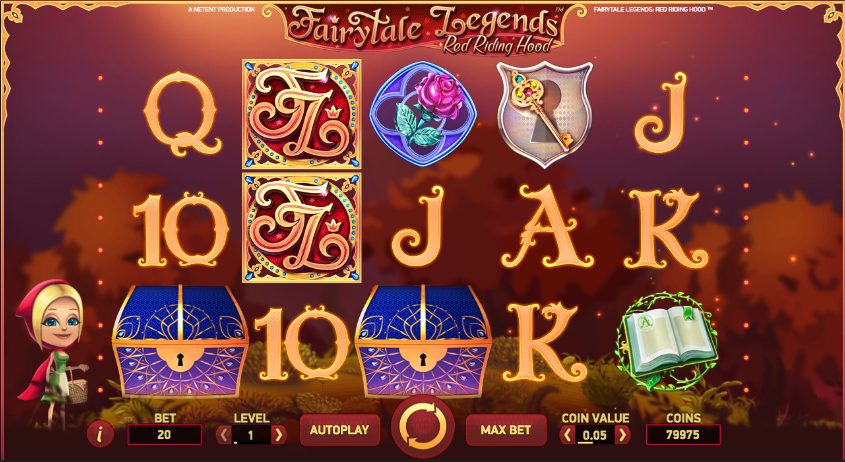 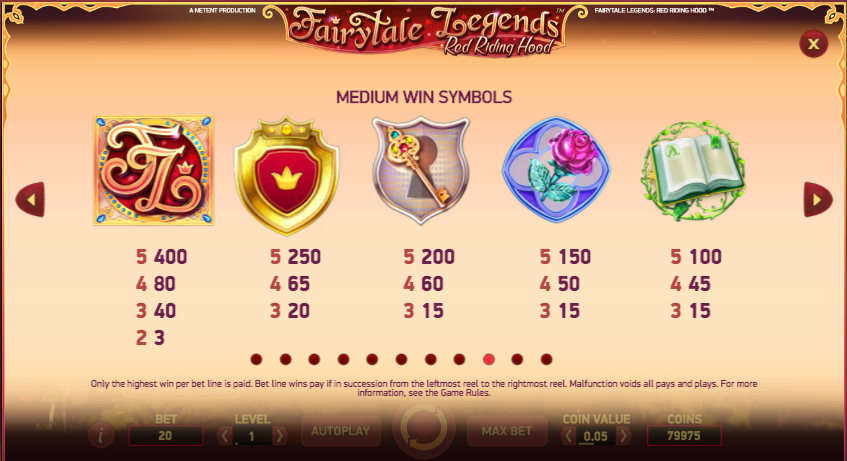 We always like to see an online slot based on one of the better known European fairy tales. It’s called Fairytale Legends: Red Riding Hood, it’s developed by Net Entertainment and the title gives the game away somewhat – it’s all about the protagonist and her journey through the woods to visit her grandma.

There are five high value base game symbols including the Fairytale Legends logo, the crown crest, the key, the rose and the book; lower values are the standard 10, J, Q, K and A.

This is triggered by landing three of the treasure chests anywhere on reels one, three and five and you will be offered three choices of bonus game:

These are activated randomly in the base game and include the following:

Red Riding Hood easily lives up to the high standards of previous Net Entertainment releases; as you can see it includes many extra bonus features and very high quality graphics and it comes with an RTP of 96.33%.