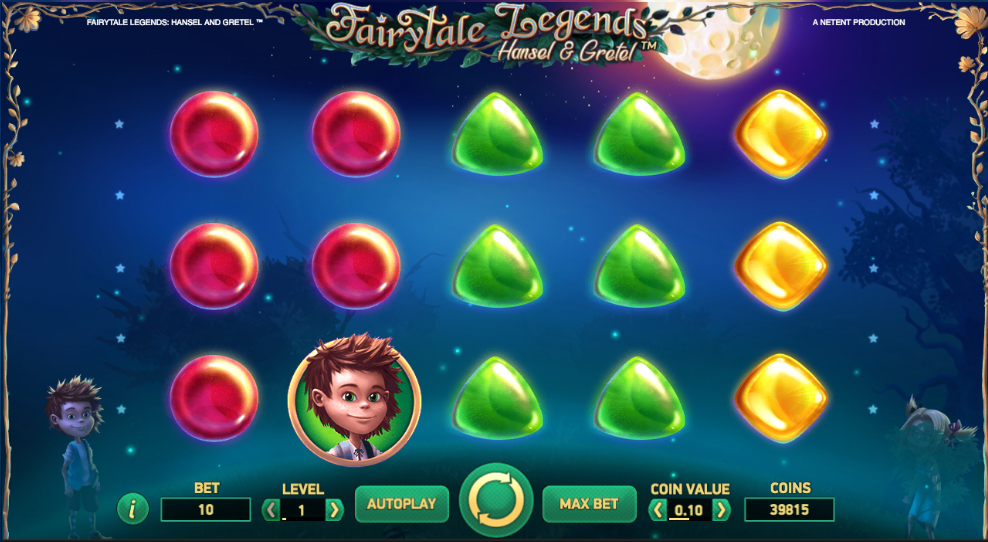 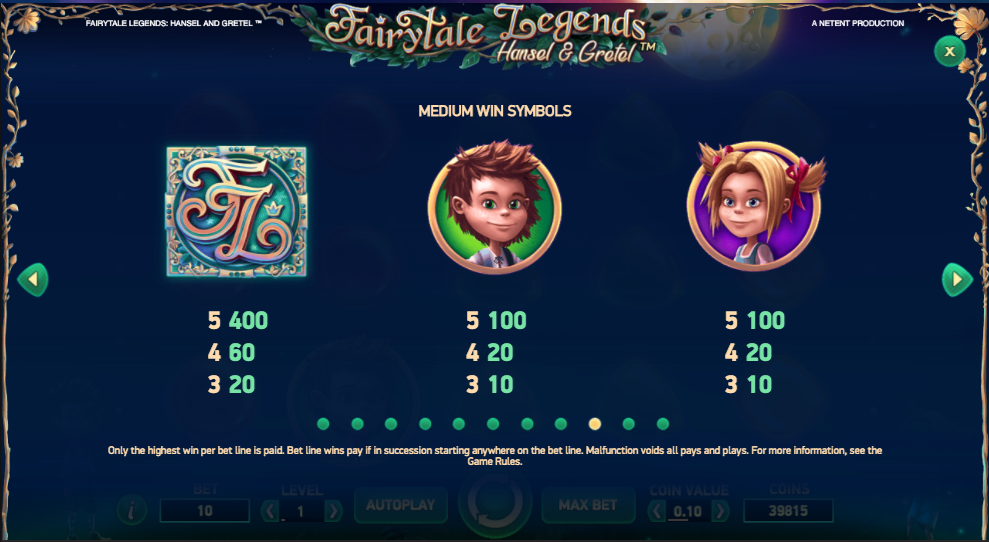 Fresh from the development studios of Net Entertainment is this online slot machine based on the adventures of Hansel & Gretel, the Grimm Brothers’ tale of siblings captured by an evil witch who lives in a gingerbread house. It’s joins Red Riding Hood as part of Net Ent’s Fairytale Legends series of games and it’s packed full of bonus features.

Hansel & Gretel is a five reel slot with three rows and twenty fixed paylines; the large symbols spin on transparent reels behind which there’s a hazy, dreamy forest scene with Hansel & Gretel watching over the action from either side.

There are only three high value symbols – the game’s logo, Hansel & Gretel – while the lower values are red, yellow, green and purple stones. Wins can be formed anywhere on the reels in this game as long as there are three symbols in a row.

There’s no wild symbol in the base game but there is a treasure chest bonus icon which activates one of the main features. 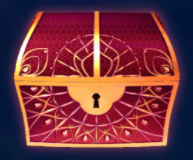 This is triggered by landing three of the treasure chests on reels one, three and five; now pick one of three chests on display to determine which of the following features are awarded:

If a stacked wild covers reels two or four in the base game you’ll receive a free respin with that wild frozen in place; the feature repeats if another stacked wild lands on the respin.

Hansel & Gretel easily lives up to Net Ent’s high standards – it looks great, it’s atmospheric and it comes with loads of potentially lucrative bonus features to enjoy. It comes with an RTP of 96.72% and is definitely worth a pop.