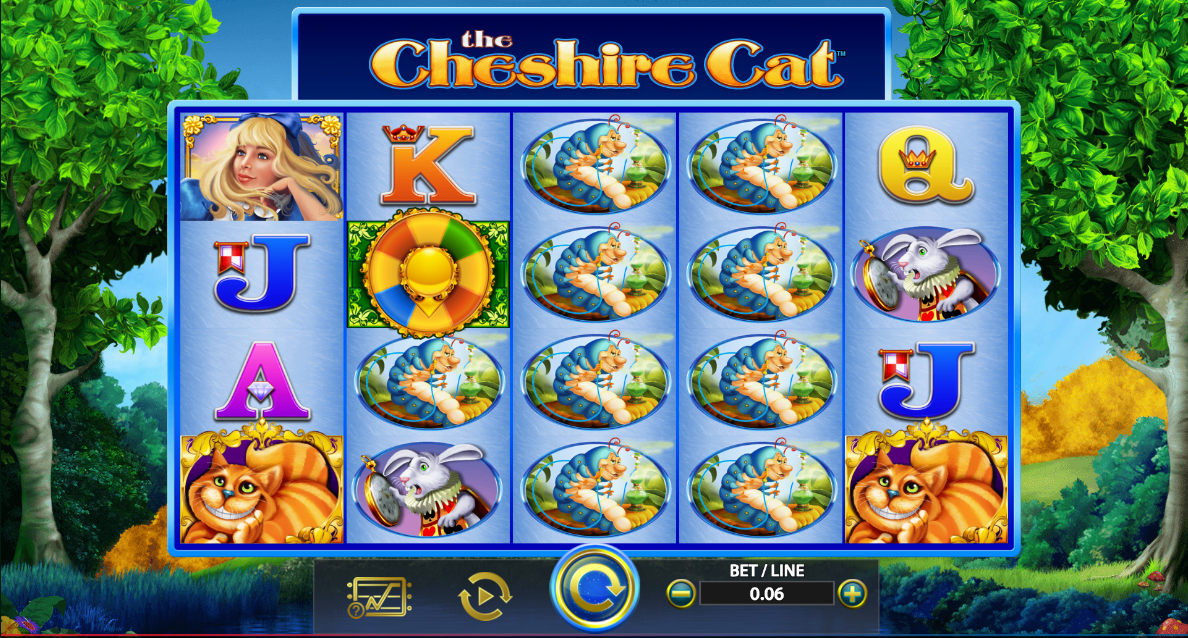 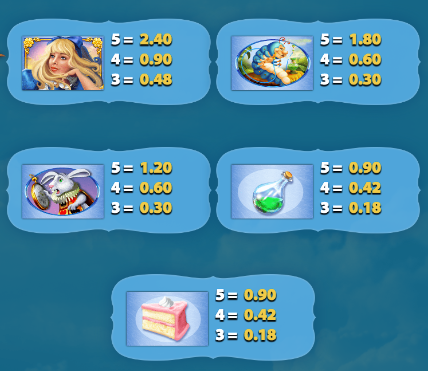 The Cheshire Cat is not the only Alice-themed online slot we’ve played from WMS Gaming (see Alice & the Mad Tea Party here) but this one’s all about the ginger tom who plays such a notable part in Lewis Carroll’s original book – find out how it works below.

The Cheshire Cat is a five reel slot with four rows and forty fixed paylines; the reels sit at the bottom of the playing area for reasons which will shortly become clear while the stripey moggy grins cheerfully on a tree trunk at the top of the screen.

The high value symbols include the Cheshire Cat, Alice, the March Hare, a piece of cake, the shrinking potion and the caterpillar; J, Q, K and A make up the lower values.

The game’s logo is wild and it will replace all others to form winning combos except for the coloured wheel bonus icon.

This is triggered by landing three or more of the coloured wheel bonus symbols anywhere in view for which you will receive the following:

But first the Wheel of Fortune will spin which will determine the number of reel sets (‘arrays’ as they are described in the game) and the number of complete wild reels awarded (up to four). Up to four reel sets can be awarded hence the spare space where the cat is lounging (on a mobile device anyway).

It’s not possible to trigger any more spins from within this round but at the beginning of each spin a random standard symbol will be picked at random and extra ones will be added to the reels for a greater chance of winning.

The Cheshire Cat is a very playable slot from WMS with a style of graphics which match their previous Alice-themed slot; the free spins round contains some nice variation and it comes with an RTP of 95.94%.