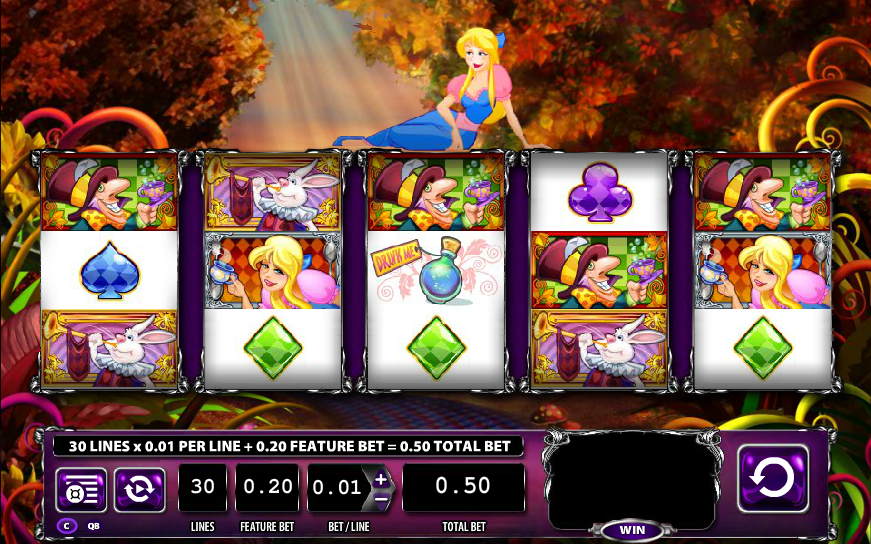 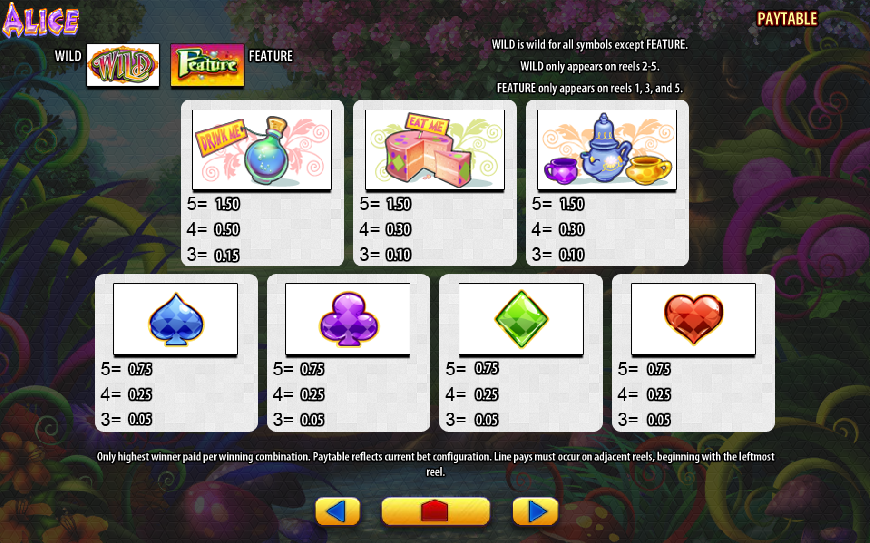 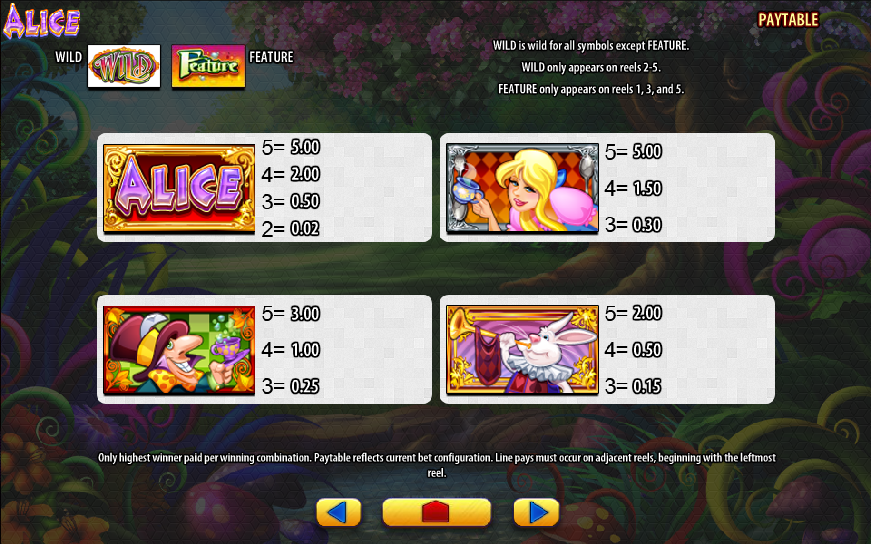 If you’ve noticed this slot tucked away under the ‘classic slots’ label at your favourite online casino, don’t be concerned that it may lack the features more usually associated with the video slots. Alice & The Mad Tea Party is an online slot from WMS Gaming which has more bonus extras than pretty much any other game we’ve played so it’s well worth a go.

Presumably it’s categorised as a classic slot because it has just three rows; however it also has five reels and thirty paylines and those reels are placed in front of a forest scene straight from Alice in Wonderland. The symbols are mostly from the famous tea party and include a tea pot,  a cake, a ‘drink me’ potion, the White Rabbit, the Mad Hatter, Alice herself and the game’s logo.

There’s a big, colourful Wild which only appears on reels 2 – 5 and a Feature symbol on reels 1, 3 and 5 which activates the main feature. There are loads of base game features which are triggered randomly.

This feature is triggered by filling reel one with the game’s logo; you will then be asked to pick from a number of teapots above the reels and these will reveal extra logos added to the reels, extra spins or an end to the feature. Once all extra logos have been added the reels will be reevaluated and a payout will be headed your way.

Landing three Feature scatters on reels one, three and five will award six free spins but before each spin, you can once again pick from the teapots above the reels. This will reveal multipliers, extra wilds or it can also start the Super Mad Respin feature. Add all that up and this can be a lucrative game.

During the base game you may be awarded one of the following bonuses on a spin which did not win another bonus:

There’s so much to this game we think it’s best just to click ‘autoplay’ and watch what happens; leave the music on for a relaxing soundtrack and some amusing voiceovers.

There’s lots of fun to be had here and more bonus features than you can shake a stick at. There’s an extra cost to activate the bonuses but you should pay it and why wouldn’t you want to? Check this game out.