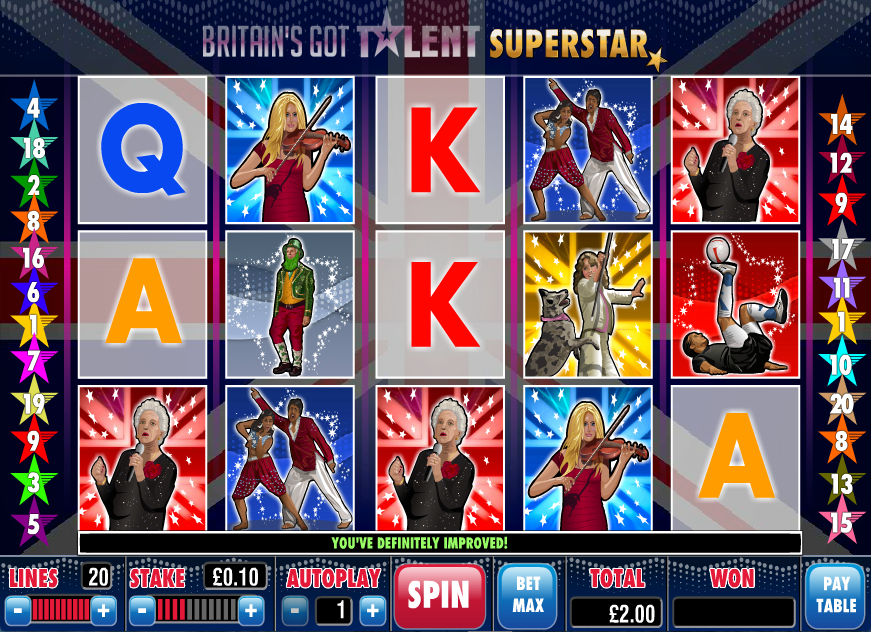 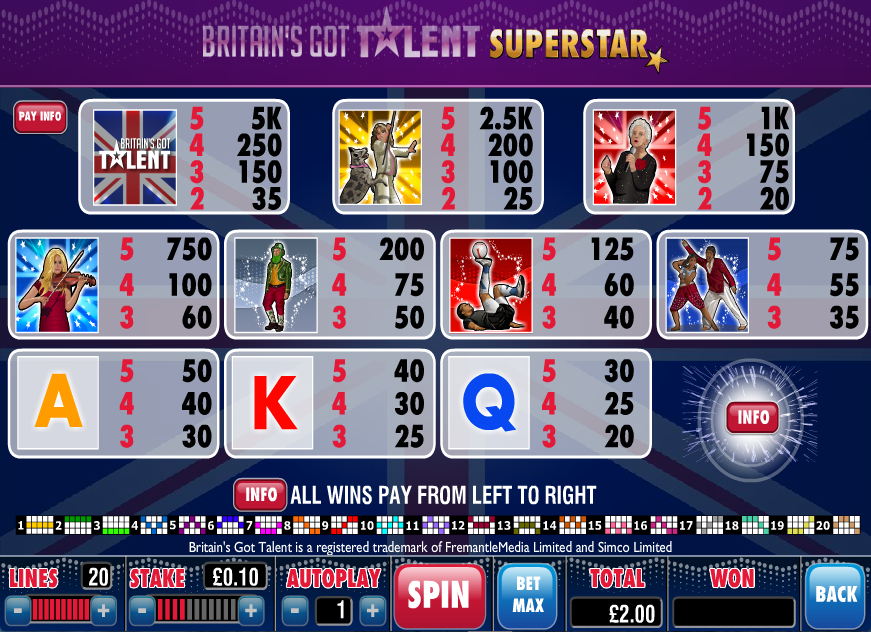 Britain’s Got Talent is the all-conquering annual television talent show and this online slot is another from Playtech themed on Simon Cowell’s juggernaut. This one’s called Britain’s Got Talent Superstar and it’s a slightly simpler version with more basic graphics and sound effects but it does come with an ‘Exploding Reels’ feature so read on for all the essential details.

Britain’s Got Talent Superstar is a five reel slot with three rows and up to twenty paylines; through the vaguely opaque reels there’s a large Union Flag just about visible with stars either side of the reels to illustrate the positions of the paylines.

There are some interesting theme-related symbols including the Britain’s Got Talent logo and various contestants – a lady with a dog, an elderly crooner, a violinist, a leprechaun, a trick footballer and a pair of Bollywood dancers.

There are no wilds or scatter symbols but of course there is the extra feature as described below.

This is always one of our favourite features and it’s known by various names in games from other developers – Rolling Reels and Collapsing Reels to name a couple.

Essentially every time you land a winning combination in normal gameplay you will receive a payout and then those symbols involved will explode. More symbols will now drop in from above to fill the gaps left behind and this new set may also result in a winning combo. Those symbols included in the win will again disappear and this process continues until there are no more wins formed.

It’s a simple feature but it’s like receiving a free spin each time you land a win on the reels and that’s why we like it.

Britain’s Got Talent Superstar is actually a very basic slot and we’d probably recommend Playtech’s other BGT game over this one but it does have that Exploding Reels feature so it’s worth a pop. It comes with an RTP of 94.50%.