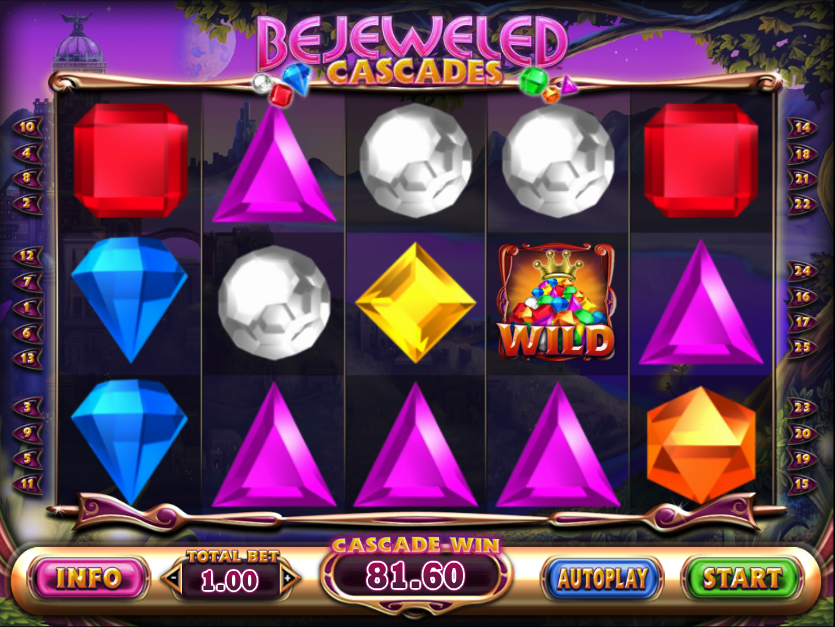 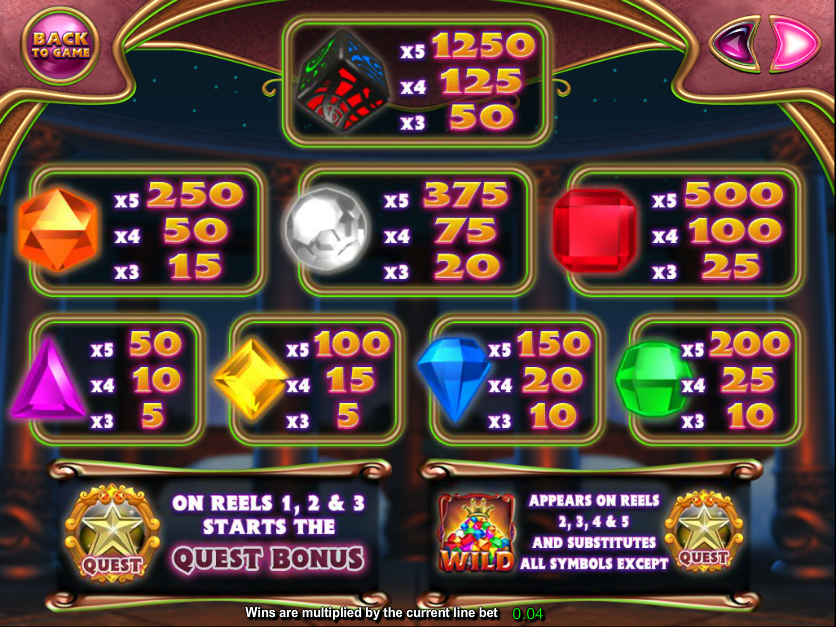 If you’ve ever played the game Bejeweled on some sort of smartphone or tablet then you’ll have a good idea of what to expect from this well-designed online slot machine from Blueprint Gaming; it’s called Bejeweled Cascades and it’s explained in full detail below.

Bejeweled Cascades is a five reel slot with three rows and twenty five fixed paylines; the design adheres faithfully to the original game in all aspects and that’s an important thing as far as we’re concerned.

The symbols are all gems from the game – orange, white, red, purple, yellow, blue and green and then the special multicoloured cubes which have the highest values here – 1250x your line stake for five on an active payline.

The wild symbol is a pile of gems which appears only and reels two, three, four and five and it will substitute for all others except the Quest bonus icon.

This feature is given away somewhat by the game’s title – each time you land a winning combo those symbols involved will disappear to be replaced by more falling in from the top. More combos are then possible and this process continues until there are no more wins.

This is triggered by landing three of the Quest bonus symbols anywhere on reels one, two and three; you will now get pick one the question marks on display to reveal one of three bonus awards:

Bejeweled Cascades is one of the best slots we’ve played on this particular theme (others include Wagerlogic’s Bejeweled and Cryptologic’s Bejeweled 2) and it’s well worth checking out; the cascade feature keeps things ticking along nicely and the bonus features are well thought-out.