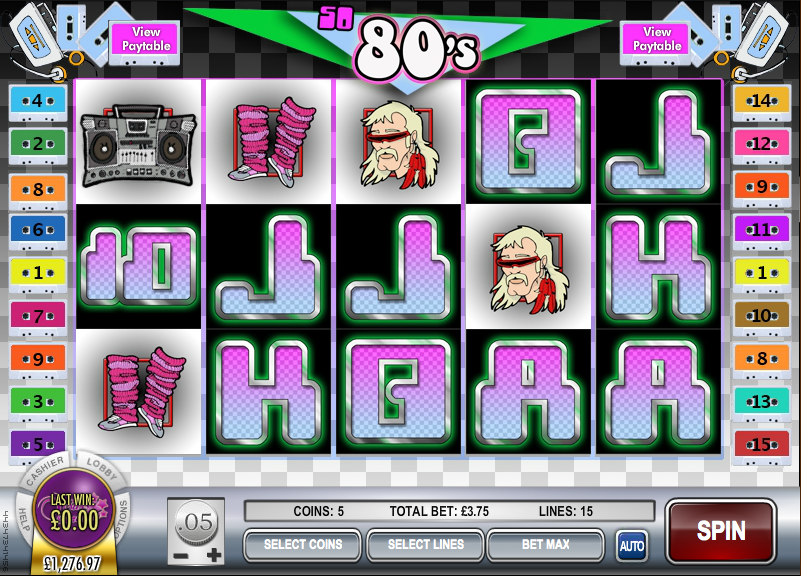 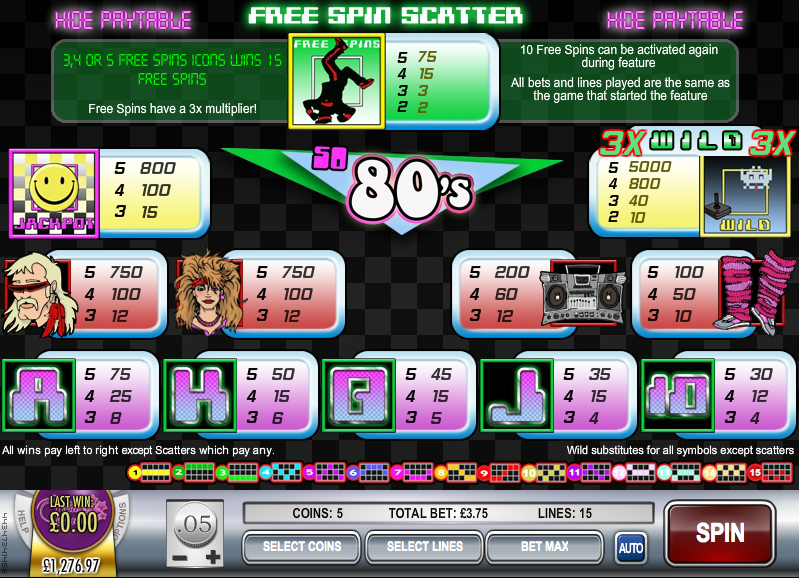 If you’ve read our previous reviews of similarly-themed games such as The Super 80s and Crazy 80s you will already know that we hold this decade in some disregard for the many crimes against music and fashion perpetuated then. That doesn’t mean the slots themselves are bad though – far from it – and here we have one more to add to the list. It’s called So 80s, it’s from Rival Gaming and like those mentioned above it’s a love letter to that dreadful decade.

So 80s is a five reel slot with three rows and fifteen paylines. The design is based around the Walkman and the cassette tape so each of the payline indicators is a different-coloured tape; the Walkman themselves are loitering above the reels alongside some contemporary decals.

The main symbols include 80s-themed items such as pink leg warmers, a ghetto-blaster, a woman who could have been in Flashdance, a dodgy-looking chap with wraparound shades and a ‘smiley’ icon.

Special symbols here include a wild represented by a nicely-drawn alien from Space Invaders and a scatter which is head-spinning break dancer. If the wild

This is where those funky break dancers come in handy and you will need to land three, four or five of them anywhere in view to trigger this extra feature.

Fifteen free spins are now yours and everything you win during those spins will be subject to a 3x multiplier. If you can manage to land three+ scatters during this feature, ten more spins will be added to your total.

The feature is triggered by the scatter symbols which is active whether you are playing one of fifteen paylines; low rollers might like the opportunity of keeping the stake low but having the same chance of activating the free spins. Your prizes will be proportionately less though.

This is an entertaining enough online slot with a fairly easy-to-trigger feature and some colourful graphics. Minor downsides are the slightly low RTP of 95.45% and of course the horrible theme.