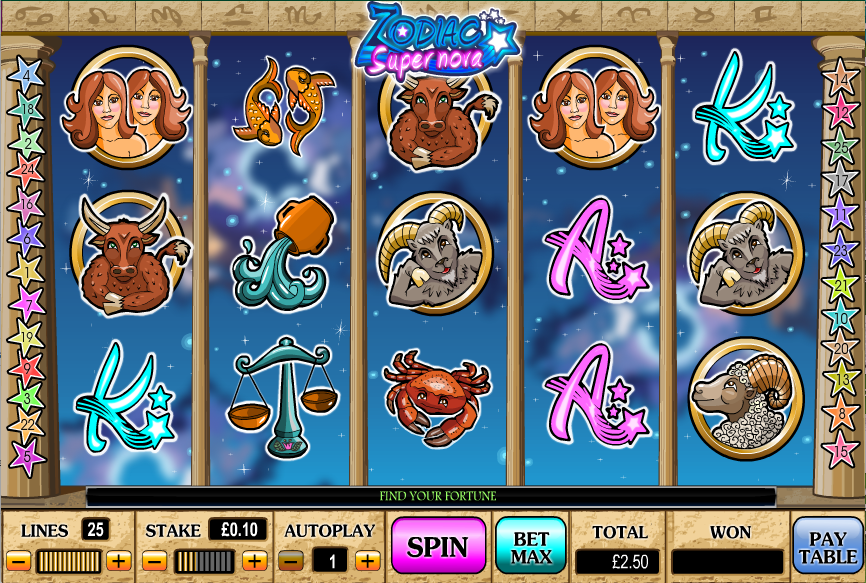 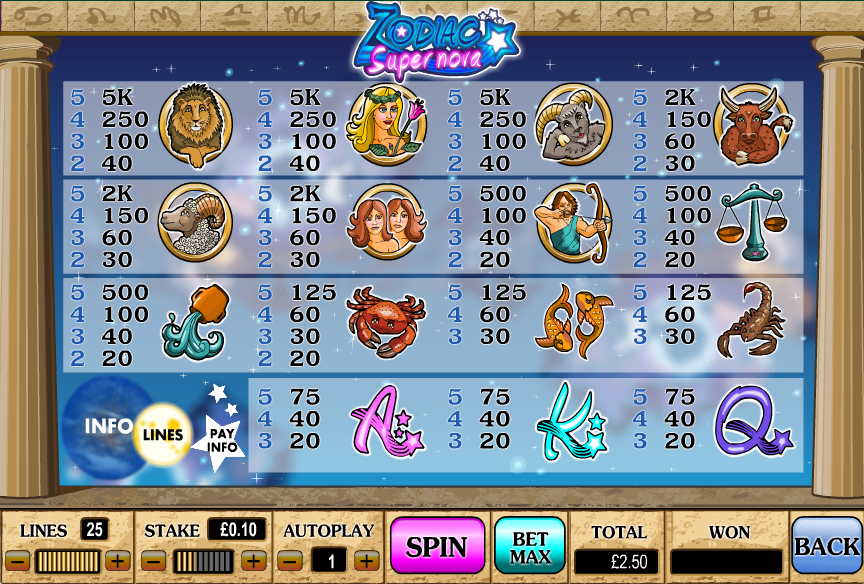 We’re delving into the realms of astrology and mysticism now as we take a look at this online slot from Playtech. It’s called Zodiac Supernova and it’s theme takes us on a journey not only to the stars but also to the horoscopes section of the newspaper.  We may not all choose to make life decisions based on astrology but there’s no reason not to play a slot based on one and here it is – read the full review below for more information.

Zodiac Supernova is a five reel slot with three rows and up to twenty five paylines; those reels spin within columns decorated with astrological signs behind which is a hazy view of the unending cosmos.

Unsurprisingly the symbols are mostly made up of the twelve star signs so for example we have scales (Libra), water (Aquarius), fish (Pisces) – you probably get the idea. Q, K and A make up the numbers for a total of fifteen. There are no wild or scatter symbols involved in Zodiac Supernova.

The lack of wilds or scatters doesn’t mean there’s no bonus action however and there’s a base game feature called Exploding Reels. This is variously known as Cascading Reels or Tumbling Reels in other games and it’s a particular favourite of ours.

Each time a winning combination lands you will earn that payout and then those symbols involved will disappear; leaving space into which more symbols fall. These new icons can than form more winning combos and this sequence of new wins and exploding symbols continues until no more wins are formed.

It’s like getting a free spin each time you and a win!

Zodiac Supernova is certainly a pretty basic slot, both in looks and gameplay but don’t let the lack of wilds and scatters put you off. The Exploding Reels feature provides plenty of entertainment and there’s a maximum RTP of 95.00% with all paylines active.