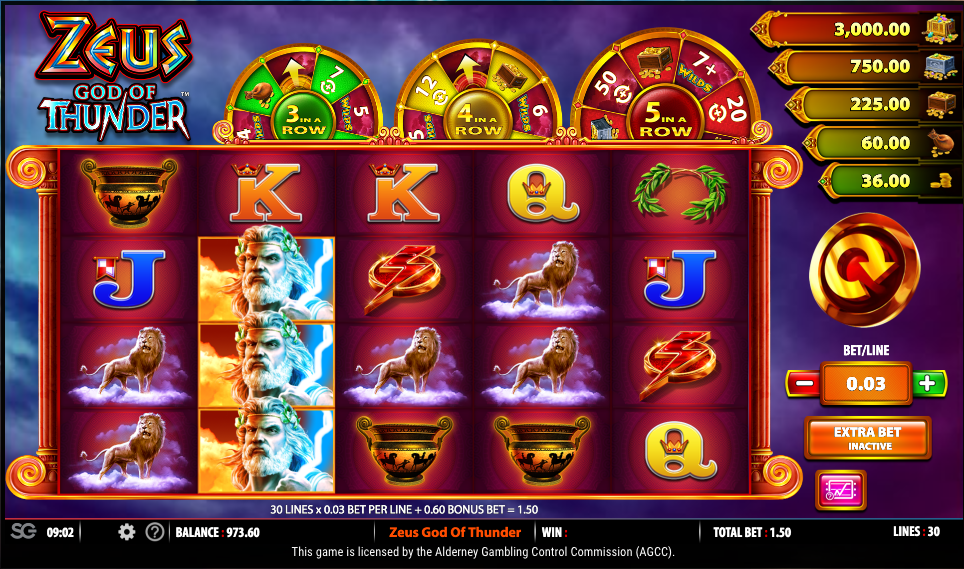 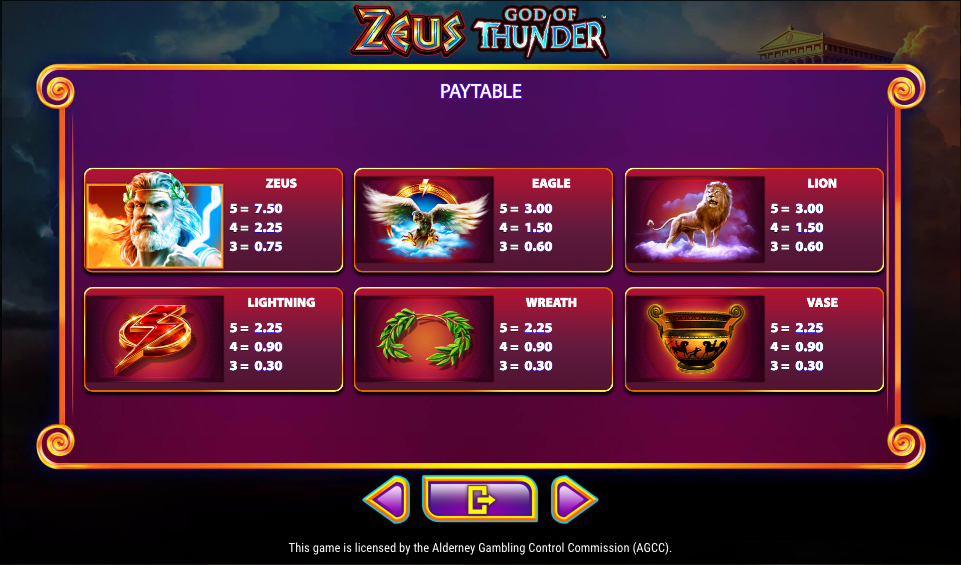 As online slots players we’re never too far away from a Greek god and right here we have another game themed on an ancient deity; this time it’s Zeus: God of Thunder who’s the main player in this WMS Gaming release and he’s offering plenty of extra features and an opportunity to increase your bet for even more.

Zeus: God of Thunder is a five reel slot with four rows and thirty fixed paylines; rolled columns frame the reels on either side while dark clouds in the background provide a brooding atmosphere. There are three spinning wheels above the reels which we’ll explain in more detail below.

The higher value symbols include Zeus, Zeus’ eagle, the lion, the lightning emblem, his wreath and a vase; J, Q, K and A make up the lower values.

The wild symbol is Zeus’ temple, it appears only on reels two, three and four and it will substitute for all others to form winning combinations; it will also multiply any wins by 2x.

This is triggered whenever at least three adjacent reel positions starting from the left hand side show the background rather than a symbol; depending on the number of triggering positions you will get to spin one of the wheels for the following rewards:

The free spins are played out on the same reel set as the base game.

This is an optional extra bet which will cost your stake plus 50%; opting for this will upgrade the wheel to the next one when the feature is triggered. It will also add an extra wild to the ‘added wilds’ feature.

Zeus: God of Thunder is a very playable addition to the legions of Greek god-themed slots already available; we found that the bigger wins were gained within the feature and the pickings are quite slim in the base game. The RTP for Zeus is 96.05%.