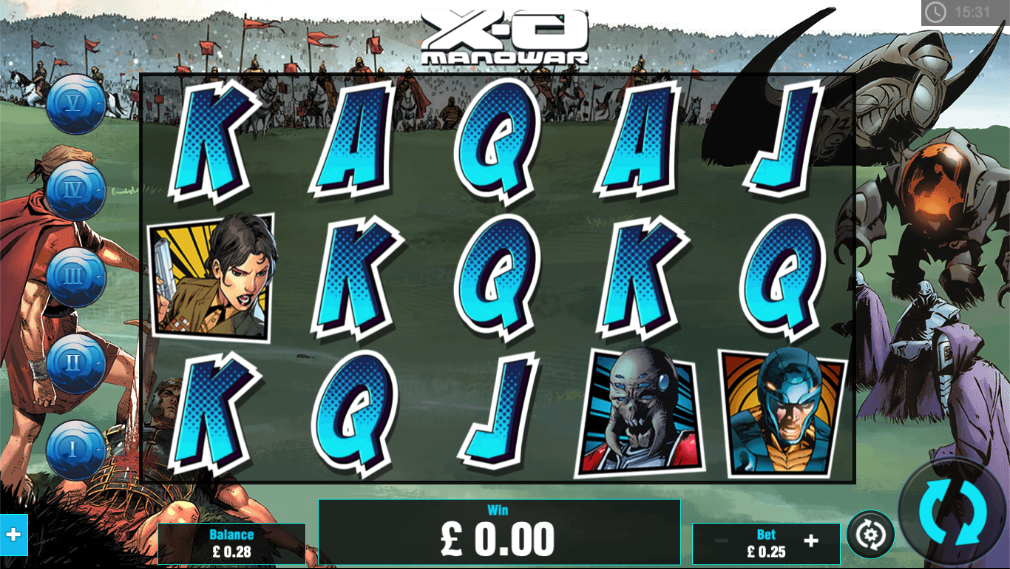 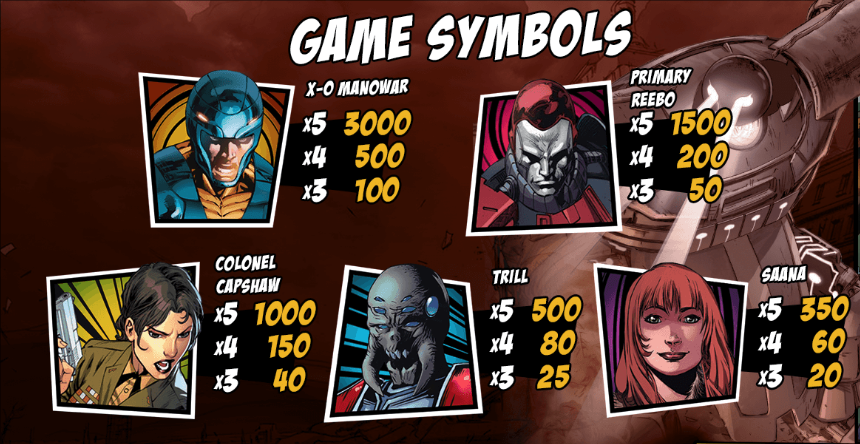 There are plenty of online slots themed on well-known superheroes but X-O Manowar may not be too familiar – he was a Valiant Comics creation with lots of super-abilities who sold pretty well in the early 1990s; this game is developed by Pariplay and from £0.25 per spin it offers players free spins, sticky wilds and progression through various chapters.

X-O Manowar is a five reel slot with three rows and twenty five fixed paylines; through those transparent reels there’s a scene of what looks like Roman vs alien violence in the first chapter of this story.

High value symbols include characters from this adventure such as X-O Manowar, Primary Reebo, Colonel Capshaw, Trill and Saana; 10, J, Q, K and A represent the lower values. The wild is the big, orange ‘Wild’ which will replace everything except for the Bonus to help create winning combinations.

The five balls to the left hand side are the Orbs of Shanhara and they slowly fill up as you create winning paylines; once an orb is full it will award a mini-feature:

Landing at least three of the bonus symbols anywhere in view will award one of five different features for your pleasure:

Anyone who’s played Pariplay’s Bloodshot will now that this developer knows how to integrate a superhero narrative into an online slot machine; X-O Manowar is entertaining stuff and only improved by the comic book-style graphics and Orb feature which makes you want to keep playing.