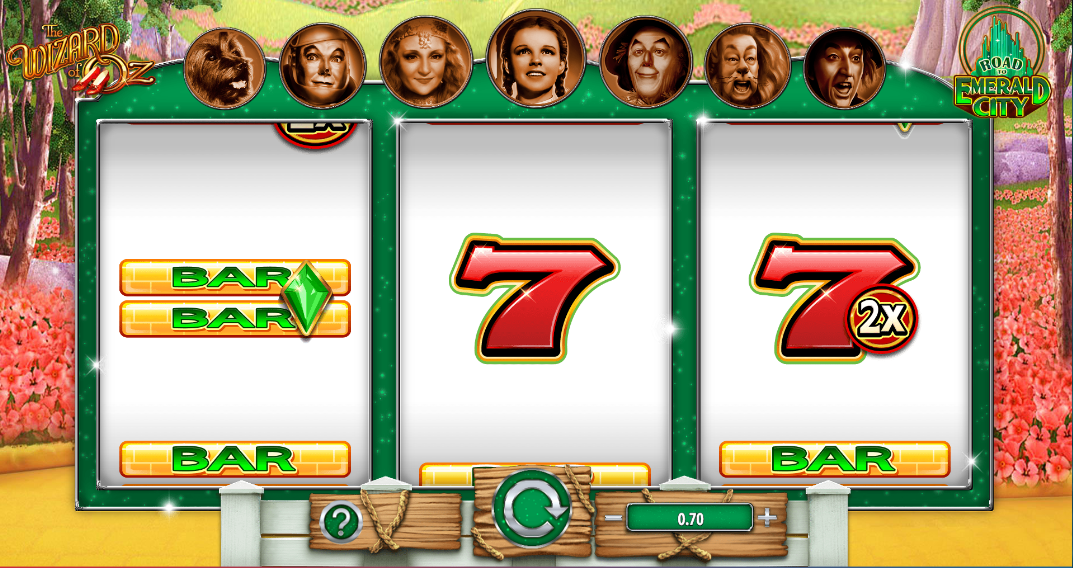 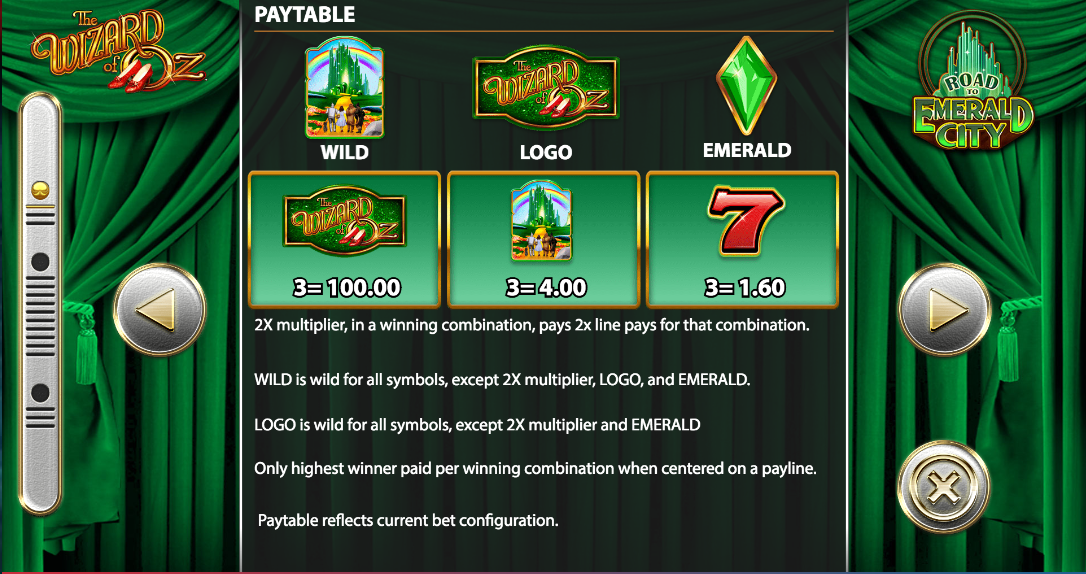 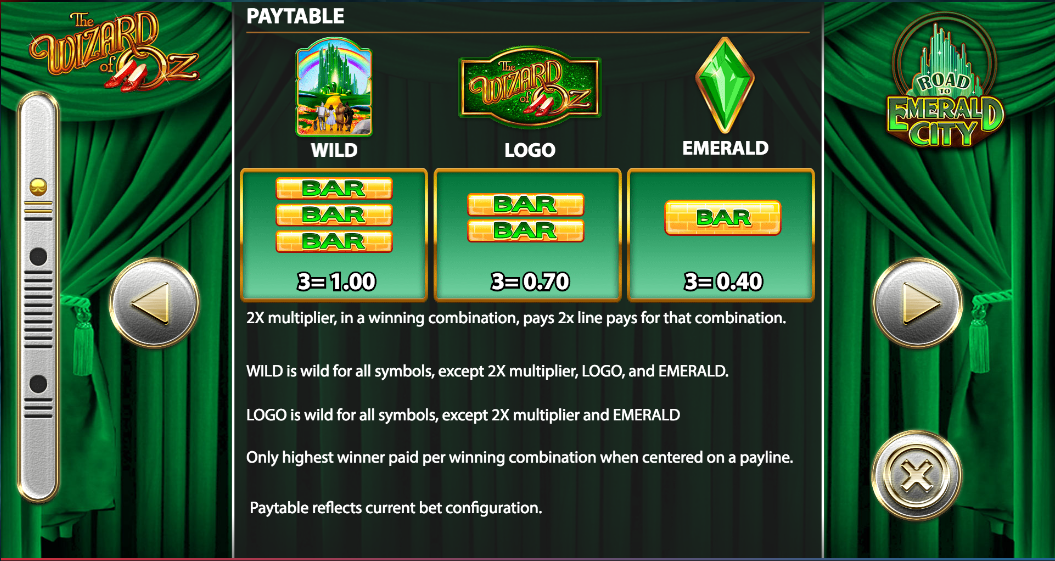 Dorothy’s struggle to reach her destination is well documented in the film The Wizard of Oz and it’s also been the theme of various online slot machines; Road to Emerald City is another to add to the genre and this one’s a three reeler with plenty of bonus features added to the mix – read all about it below.

The Wizard of Oz: Road to Emerald City is a three reel slot with three rows and nine paylines; those reels spin on a sparkling green background watched over by all the main characters from the story. In the background the Yellow Brick Road winds between fields full of red flowers.

There aren’t many symbols but these include red sevens and single/double/triple bars; multipliers and emeralds can overlay these symbols.

The game’s logo and the Yellow Brick Road symbols are wild and will substitute for all others to form winning combos except for the multiplier/emerald overlays and each other.

This is triggered by landing three or four of the emerald scatter overlay symbols anywhere in view and you will receive one of the following bonuses based on one of the characters:

If you somehow fail to win anything during a feature you’ll receive a consolation of 3x the total bet.

Road to Emerald City may look simple but it’s one of the most complex three reel slots we’ve played; there’s a huge range of features to enjoy and they’re not too tricky to trigger using the emerald overlay symbols. It comes with an RTP of exactly 96.00%.