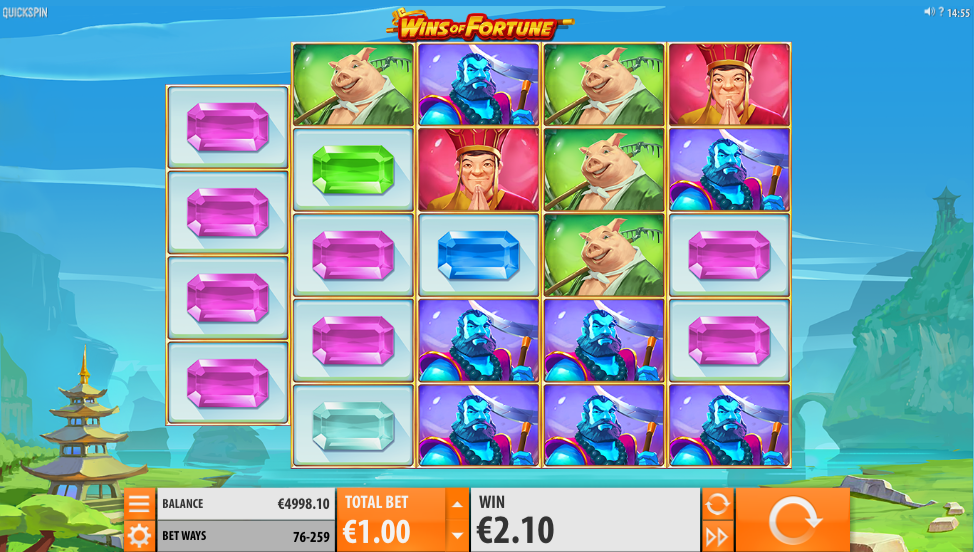 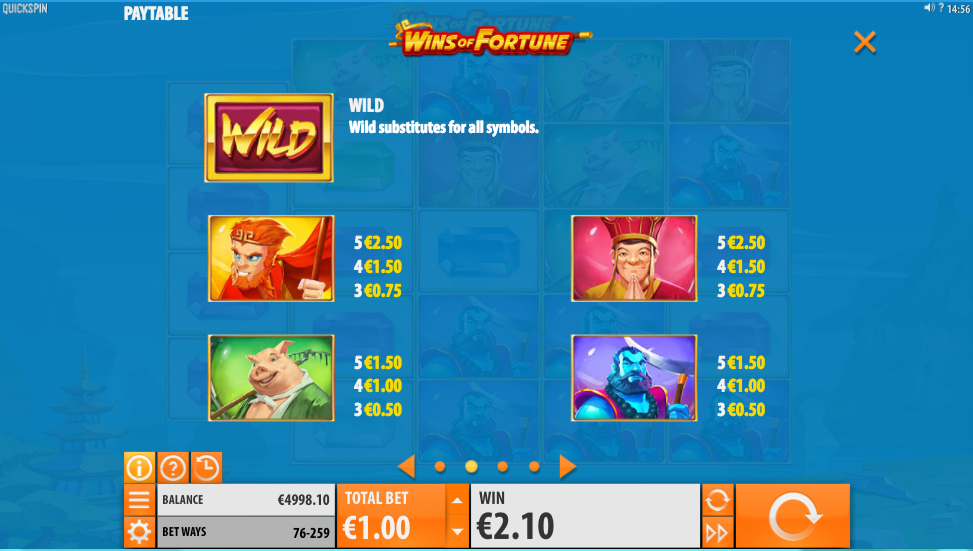 Fresh from the development studios of Quickspin Gaming is this oriental-themed online slot set in a magical landscape featuring calm seas, towering hills and ancient temples. It’s based around some inventive gameplay and you can find out how it all works below.

Wins of Fortune is a five reel slot with variable rows and at least 76 ways to win; the default layout is three rows on the two left reels then two with four rows and finally five on the fifth reel. There’s a gentle oriental scene in the background featuring cliffs, calm blue seas and pagodas.

The four higher value symbols are represented by characters from this untold story – a red-haired chap, a red-hatted chap, a green-garbed pig and a large blue gentleman; pink, blue, green, light green and grey gems make up the lower values.

The wild symbols is a gold ‘Wild’ on a dark red background and it will substitute for all others to help form winning combos. There are no bonus symbols in this game. 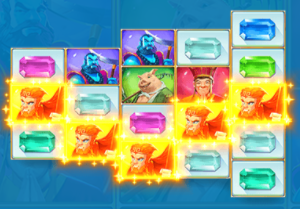 Let’s talk about the gameplay then because this is where all the good stuff happens; it will be triggered every time you land a winning combination and the reel set will move one place to the left. This will mean that five row reels will appear from the right hand side, increasing the number of paylines available.

With each successive win the reels will move left until after four wins the whole reel set is made up of five row reels; you will now receive a Super Respin and all winning symbols are frozen in place. The respinning ends and the reel set returns to it’s starting size when you fail to land a win.

Wins of Fortune is an enjoyably addictive slot and somewhat reminiscent of Net Entertainment’s Reel Rush; it’s different enough to separate it from the pack though and it’s definitely worth checking out. It comes with an RTP of 96.54%.