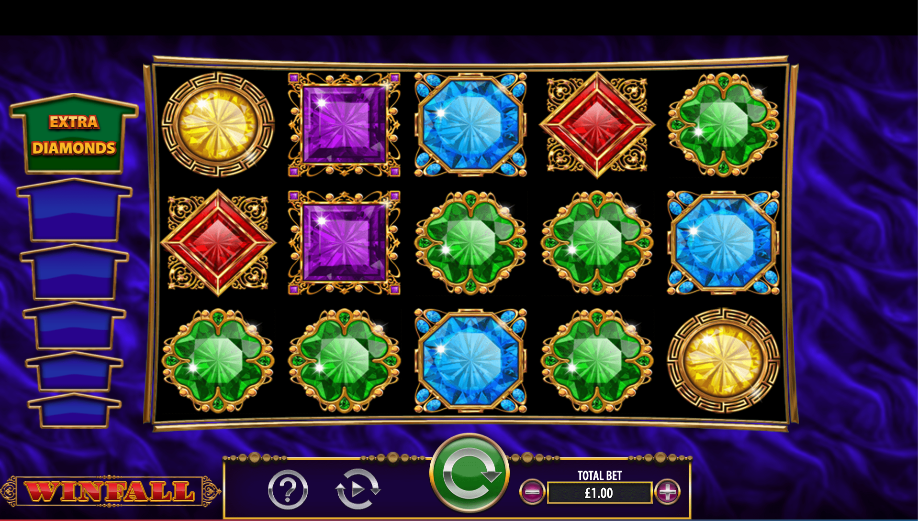 Sparkling gems and collapsing reels are the main draw of this online slot from Bally Technologies; it’s called Winfall and those glistening jewels get matched up on an unusual payline structure which pays horizontally and vertically.

Winfall is a five reel slot with three rows and a twenty three different ways to win; these aren’t paylines in the normal sense because winning combos are formed by landing three, four or five matching symbols horizontally or vertically anywhere on the reels.

There are just five symbols in play in Winfall and these are all gems of varying colours and shapes – yellow, red, purple, green and blue. There are no wild or bonus symbols in this game.

Always a favourite with us, this feature sees any symbols involved in a winning combination disappearing to be replaced by more falling from above. Those new symbols can then form new matches and this process continues until there are no more wins.

But that’s not the end of this feature just yet because creating six successive matches in a row will fill up the five red lights to the left of the reels and finally the green ‘Extra Diamonds’ space at the top of the ladder. You’ll now get to spin a glitzy Wheel of Fortune which will award a cash prize or the 2x segment which will double all the values and let you spin again. The maximum win from this feature is 500x your total stake. 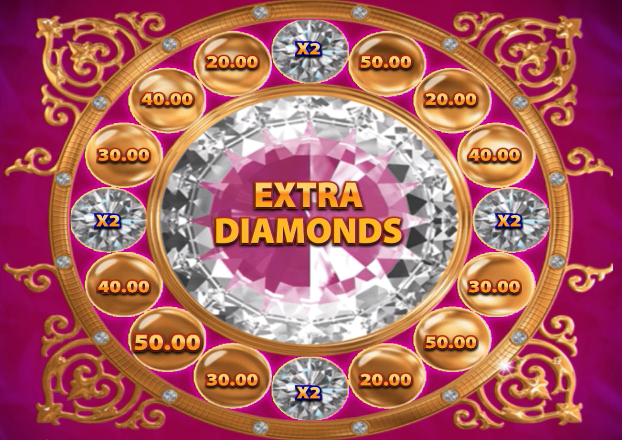 Winfall is a high variance slot which means that wins are rare but bigger when they hit; the really big wins are in the Extra Diamonds feature so that should be your aim in this game.