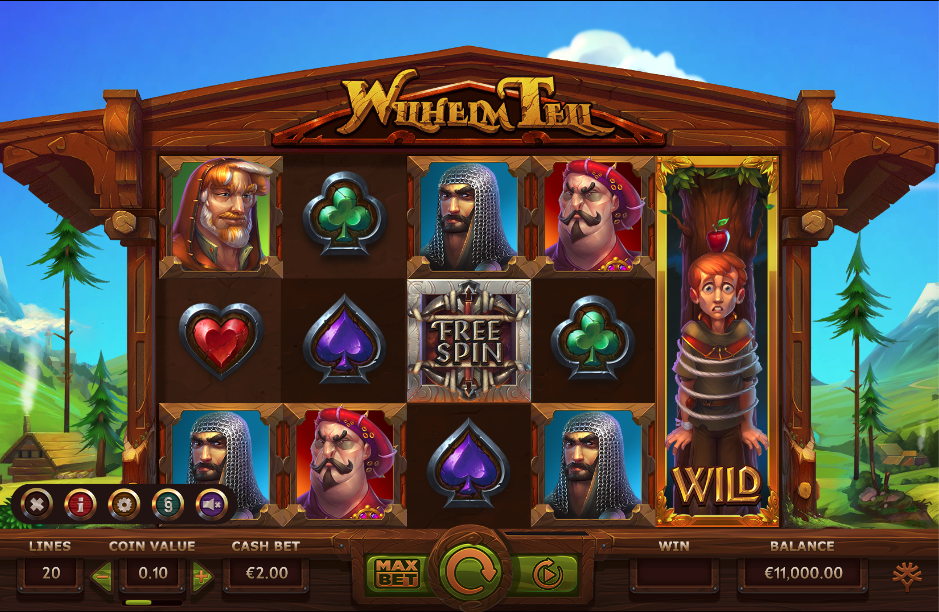 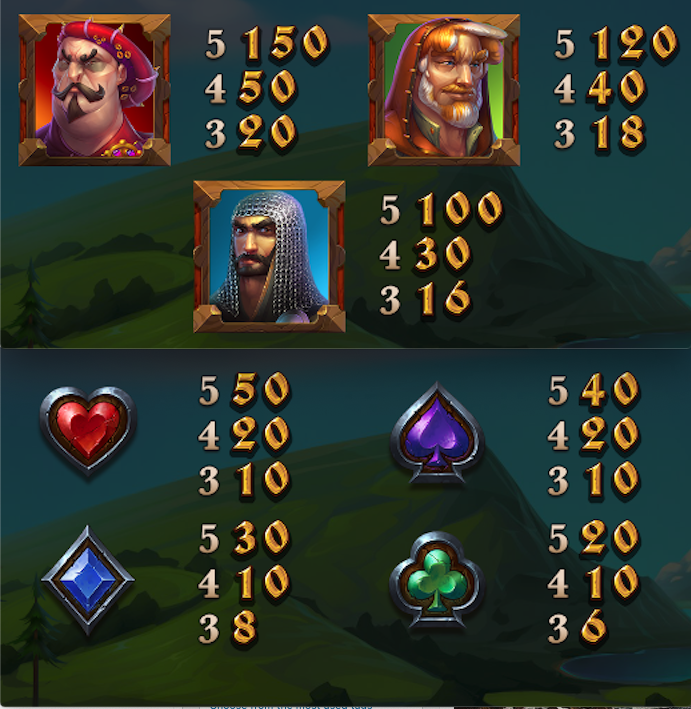 The legend of Wilhelm Tell (or William Tell for the English speakers) is a famous one surrounding the exploits of this Swiss hero and his final triumph is to be immortalised in this online slot from Yggdrasil Gaming; it’s called simply Wilhelm Tell and it comes with nudging wilds and free spins.

Wilhelm Tell is a five reel slot with three rows and twenty fixed paylines; those reels spin within an alpine structure with an attractive view of snow-capped mountains and hilly meadows in the background.

Wilhelm and two of the more dastardly characters from this story represent the higher value symbols while playing cards icons in red, blue, purple and green make up the lower values.

Wilhelm’s son, complete with apple on head and tied to a tree is the wild and he’ll appear stacked whenever he lands; if a win is possible by doing so he’ll nudge into view to help out. The Free Spin symbol is the bonus.

This is triggered by landing at least three of the Free Spin bonus symbols anywhere in view and you’ll now get to choose between the following three free spins options:

Wilhelm Tell is typically high quality stuff from Yggdrasil and it brings the adventures of this famous character onto the reels for us to enjoy; it’s quite simple in terms of gameplay and features but you’ll find yourself returning to it for sure.