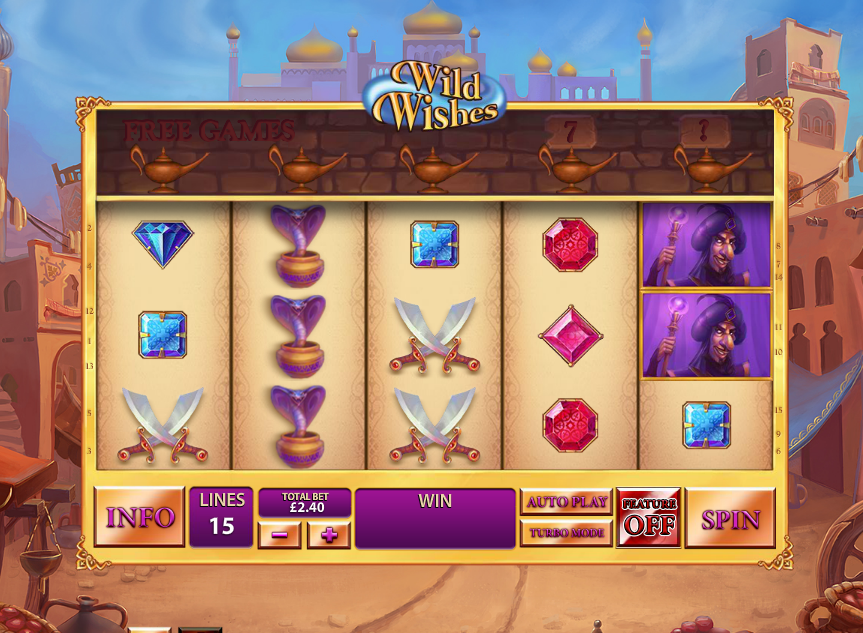 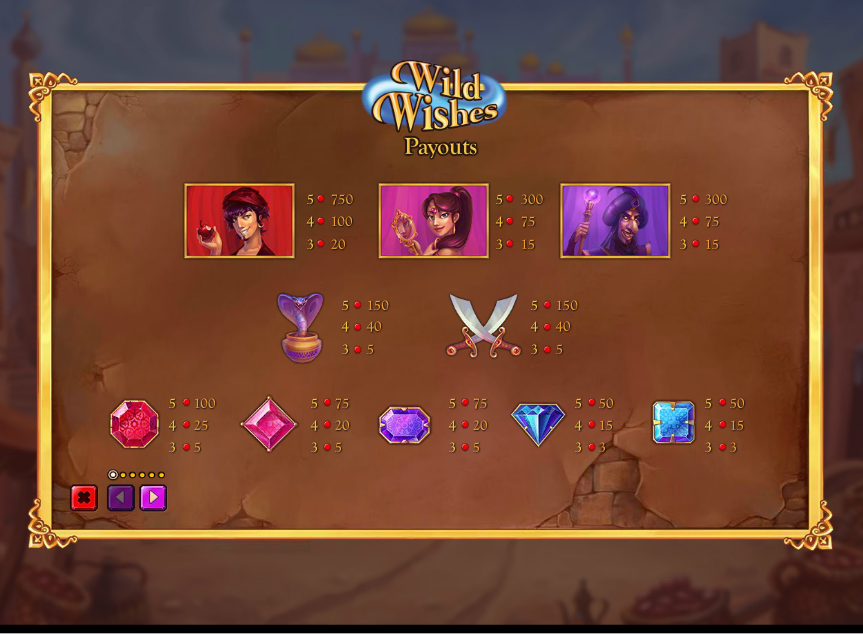 The tales and legends of Arabia always provide a decent theme for an online slot machine and this particular release from Playtech adds one more game to what’s already out there. It’s called Wild Wishes and it offers some interesting features along with some crisp gameplay – read all about it below.

Wild Wishes is a five reel slot with three rows and fifteen fixed paylines; the gold-framed reels spin against a backdrop of a Middle Eastern street scene overlooked by golden domes and minarets.

The are five theme-related symbols here and they include the male and female characters, a evil-looking magician, crossed cutlasses and a snake in a vase; five gems represent the lower values.

The genie in the lamp is the wild symbol and he appears stacked but only on reels two, three and four in the base game; he will substitute for all other symbols.

You will notice that there are five lamps above the reels; when you land a winning spin the leftmost lamp will light up and you will receive a free respin. If you land another win the next lamp will light up and award one more free spin; if you you can manage four wins in a row you will also be awarded seven free spins – five wins in a row will award up to fifty spins.

When the free spins start the Magic Lamp feature is triggered – a cloud of smoke will emerge from the lamp and cover several symbol positions, if the wild genie lands there he will copy himself to all the cloud-covered positions. The genie also appears on all reels during the free spins.

Pressing the ‘Feature’ button below the reels will cost an extra 40% of your stake but it will keep the first lamp lit, meaning that fewer winning spins are necessary to trigger the free spins.

Wild Wishes is a top notch slot with some clever feature and some sharp graphics and animations; it’s certainly one of the better Arabian-themed games we’ve played and it comes with an RTP of 96.12%.