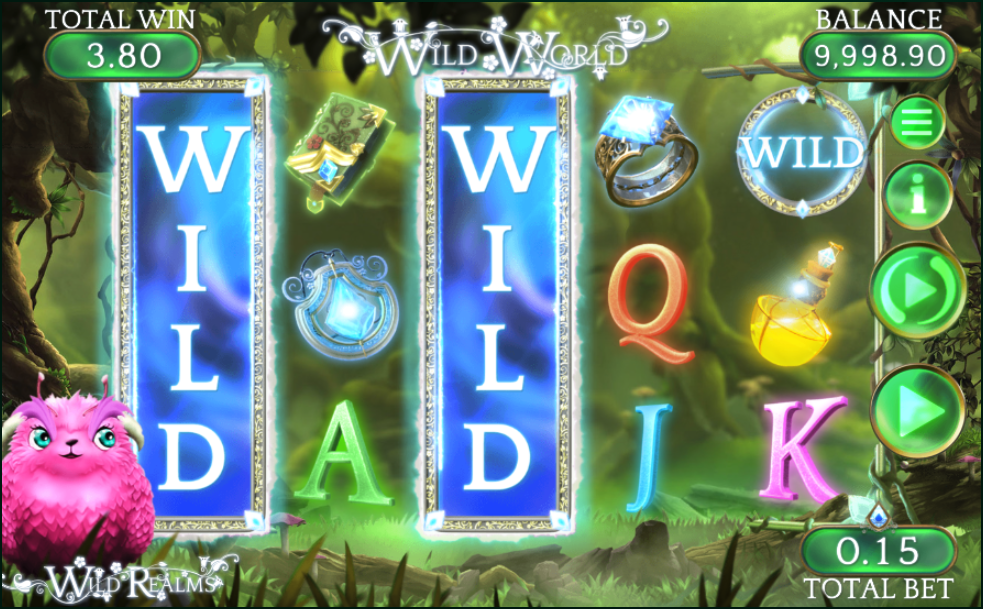 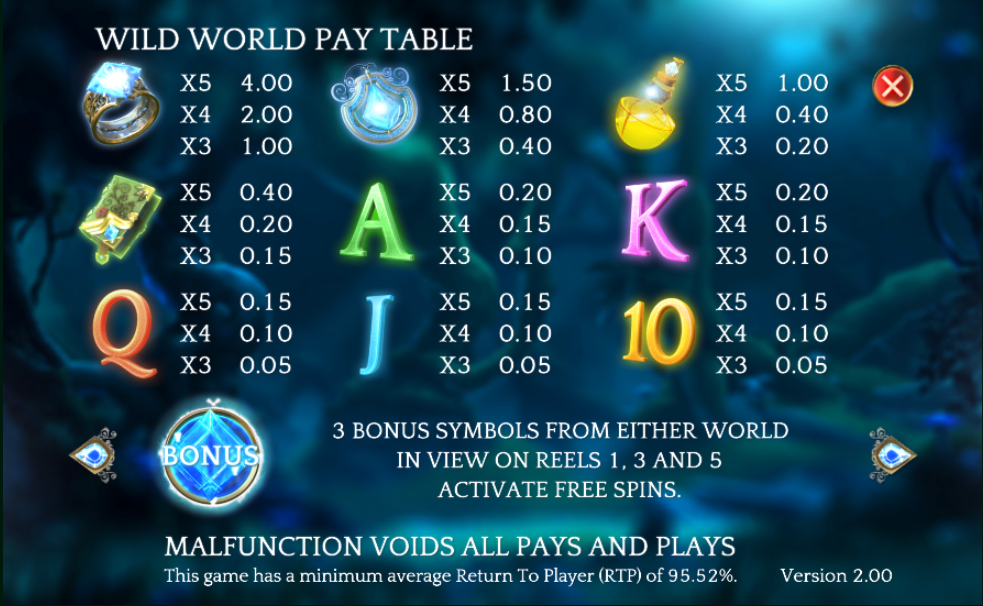 Magical forests are always a fertile source of themes in the world of online slots and Wild Realms is no exception; it’s a release from Games Warehouse with some unusual bonus features and two worlds through which players can travel.

Wild Realms is a five reel slot with three rows and fifteen fixed paylines; there’s a mystical vibe to proceedings and you almost feel as if you’re watching the symbols underwater as they shimmer and move. A small, pink creature watches the action (and sometimes gets involved) from the bottom left hand corner.

There are two worlds in Wild Realms and each uses the same set of symbols rendered slightly differently – a ring, a pendant, perfume and a book – as well as the usual 10, J, Q, K and A.

There are various wild symbols explained in detail below along with a bonus icon which activates the main feature.

Travel between the two worlds happens randomly during gameplay and you’ll see a portal appear which will trigger the swap. The main difference between them is the wilds which are active in each:

If the portal appears when wilds are already on the reels, those wilds are transferred to the other world giving the opportunity to have all wild features active at once.

In addition there are the Winlings which can transfer wild features from one world to another and Furgryns which can make Wild World wilds sticky.

This is activated from either world by landing three bonus symbols anywhere on reels one, three and five; you’ll receive ten free spins with sticky wilds and the chance of a win multiplier which increases by 1x on each spin up to a maximum of 10x.

Swapping worlds is possible once during this feature and you’ll receive five extra spins as a bonus.

Wild Realms is a slightly oddball slot but it’s got lots of charm and playability once you get your head around how the world swapping works and the features therein; it’s well worth a few spins and it comes with an RTP of 95.52%.