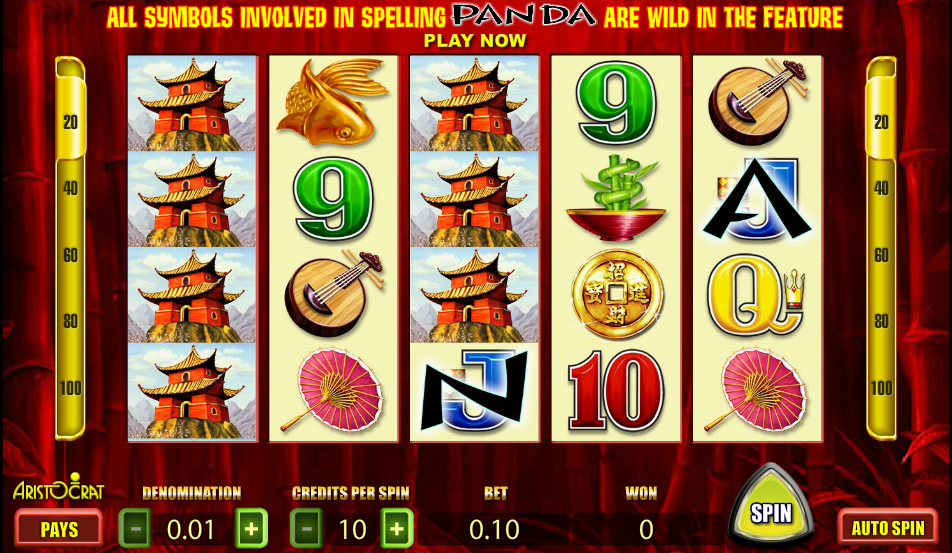 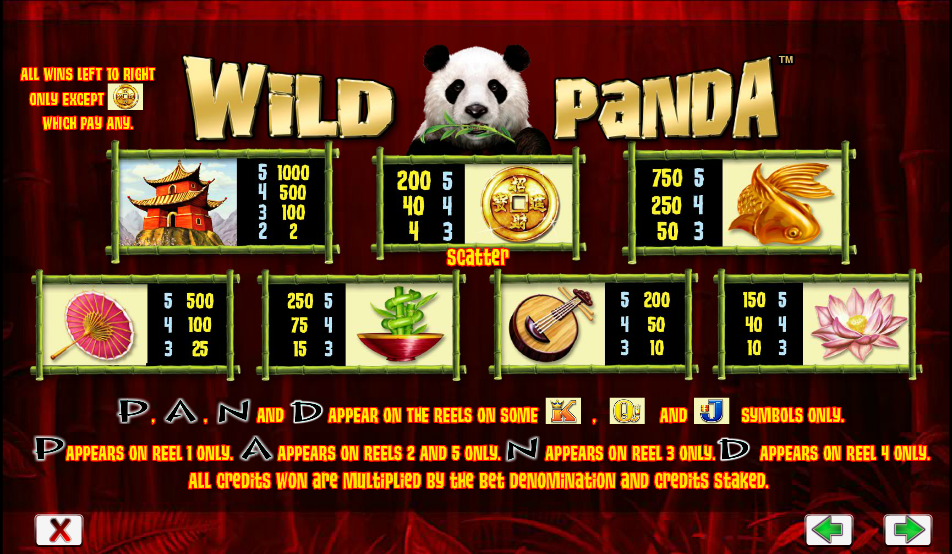 Surely everyone likes pandas – there’s very little to dislike about this furry creature, especially because they are an endangered species with very few habitats in the wild. So it’s all good news that there are several online slots based on this cuddly animal and here we have one more to add to the list, it’s called Wild Panda, it’s developed by Aristocrat Leisure and you can read all about it below.

Wild Panda is a five reel slot with four rows and one hundred fixed paylines; look closely at the dark red background and a bamboo forest will come into view – hidden there somewhere is our black and white panda.

There are six theme-related symbols including a mountain-top temple, a Koi, a paper umbrella, a small bamboo plant, a stringed instrument and a lotus flower; 9, 10, J, Q, K and A make up the lower values.

Unsurprisingly the panda is the wild symbol but he does not appear in the base game, only the feature; the scatter icon is represented by the familiar Chinese dollar.

Occasionally you will notice that the letters P, A, N, D and A will overlay the lower value symbols on the reels; the five letters appear on reels one to five respectively and if you can spell out the word ‘PANDA’ then this feature will be triggered.

You will only receive five free spins but those symbols which were overlaid by letters will become wild for the duration of those spins. This means that up to five wilds could be added to the reels which should help out with some wins. The panda will represent the wilds during this round.

Wild Panda is a high quality game with a slightly odd soundtrack and an imaginative bonus feature; you won’t always win much when you reach it but it’s not too hard to trigger.