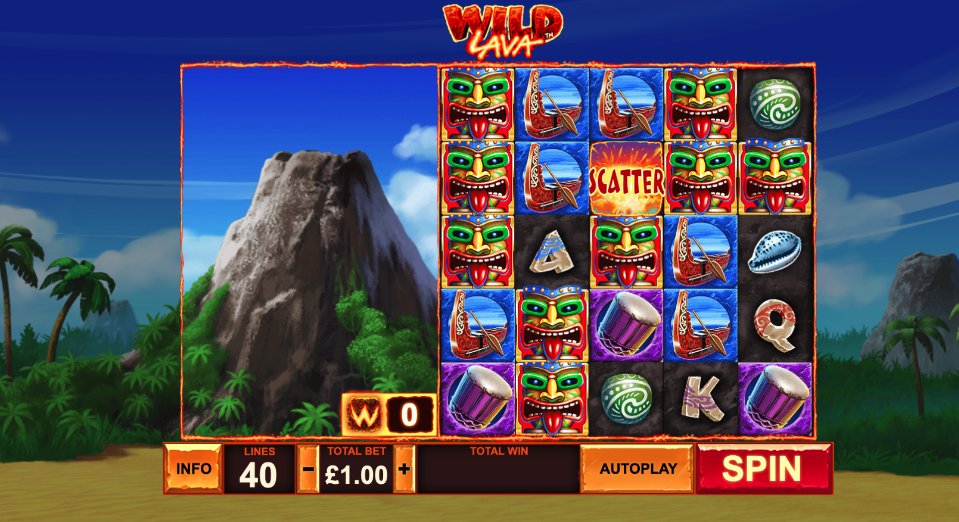 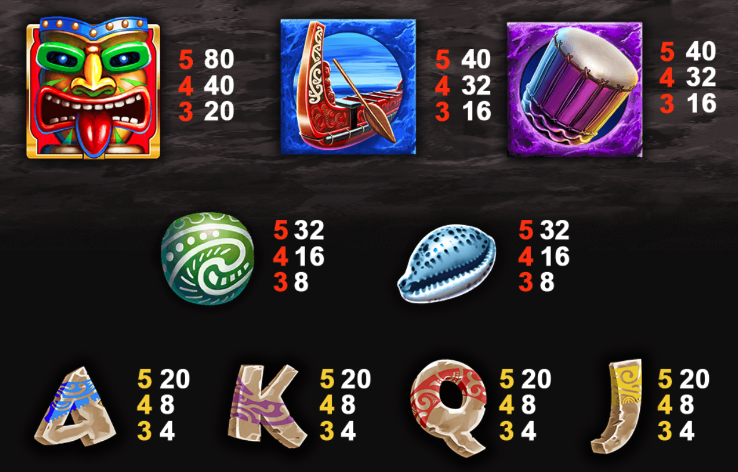 Some warm, sandy beaches are not as safe as others, especially when there’s an erupting volcano overshadowing the palm trees which fringe them; Wild Lava is an online slot machine set on one such beach, it’s developed by Playtech and from £0.10 per spin it offers players the Wild Eruptions Respin and free spins.

Wild Lava is a five reel slot with five rows and forty fixed paylines; there’s an interesting design to this game with the reels spinning alongside the active volcano on this tropical island.

High value symbols include the Tiki mask, the traditional boat, the drum, the painted stone and the shell; J, Q, K and A represent the lower values; the fiery ‘W’ is wild and the volcano ‘Scatter’ is the special symbol.

Every scatter symbol which lands on the reels will also be collected in the bottom right Hans corner of the volcano frame and then at random the volcano will erupt, adding all the collected wilds back onto the reels for one respin.

Landing two, three of four of the volcano scatter symbols anywhere reels two, there and four will award an initial five free spins but these can be retriggered in the same way.

All stored wilds will now be added back onto the reels and they’ll also move around with each new spin.

The premise of the stored wilds is a simple but effective one and it lifts Wild Lava above the crowd somewhat; the player always feels like things are progressing as the wild symbols are collected and there’s the potential of a big win in the Respin as well as the free spins.