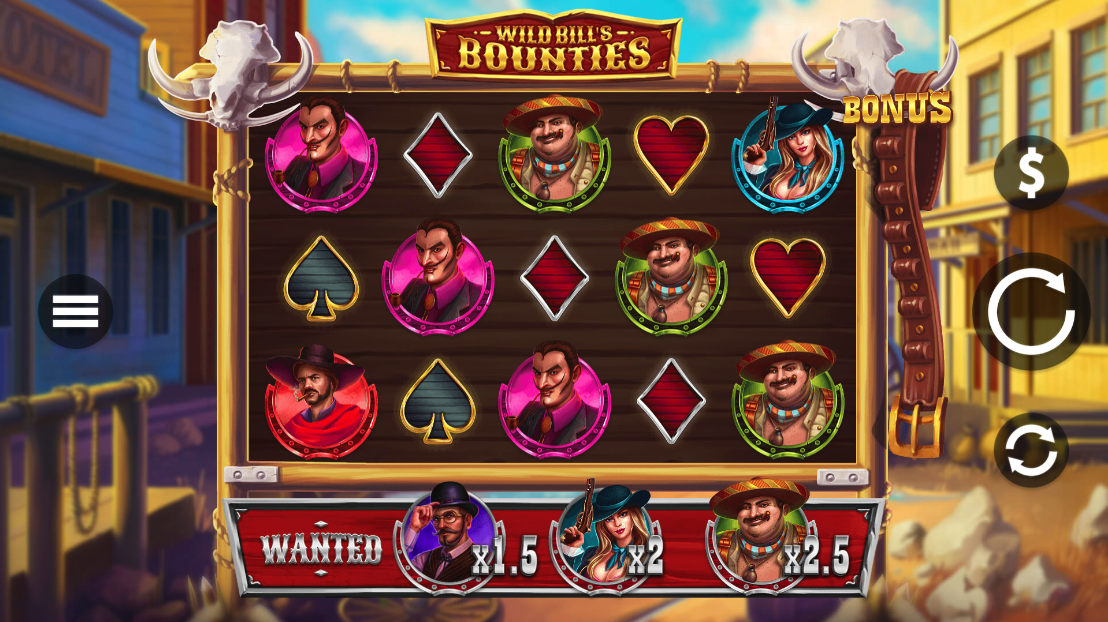 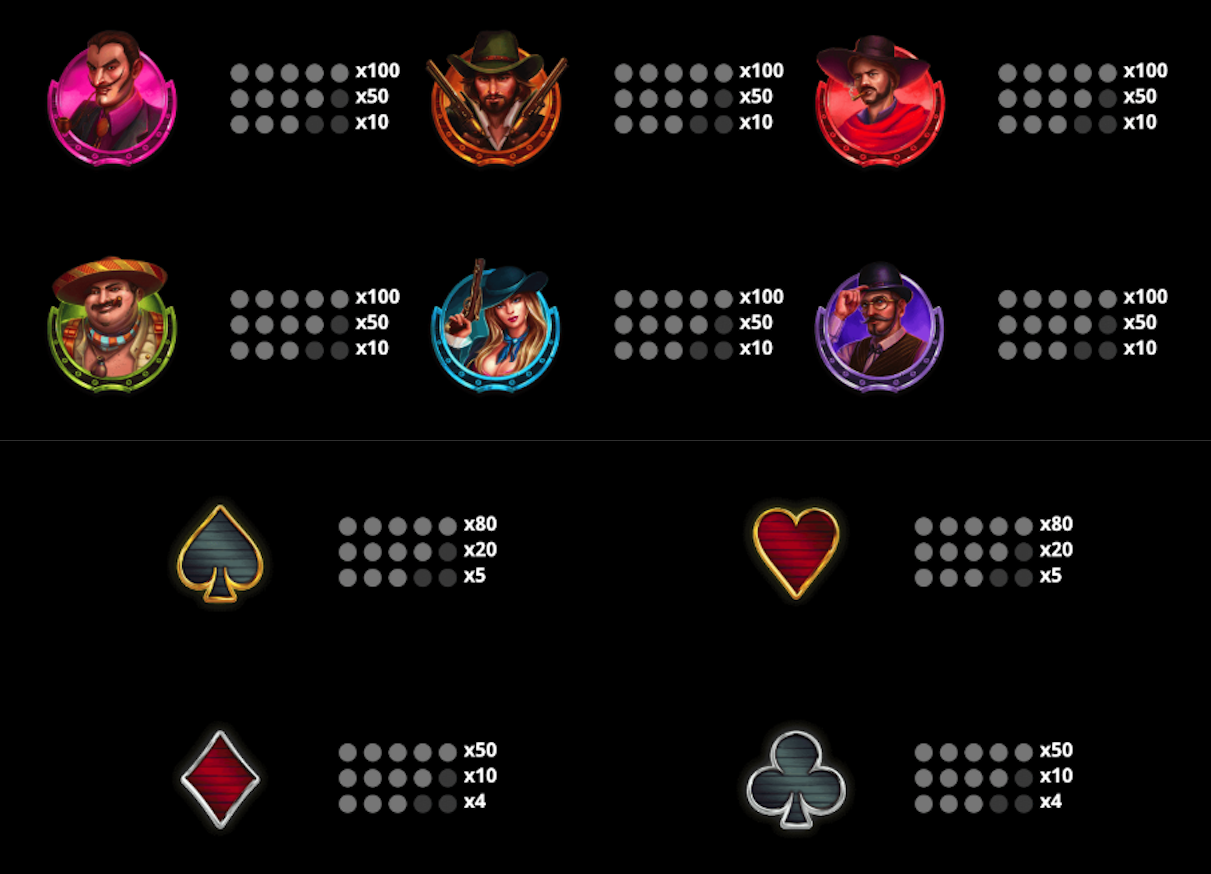 An Old West town sets the scene for the reel spinning action in this online slot from Endemol/Playzido which stars a cast of glamorous characters to provide the entertainment; it’s called Wild Bill’s Bounties and it offers players multiplied wins, Sharp Shooter Wilds, the Bullet Collection feature and Train Heist free spins.

Wild Bill’s Bounties is a five reel slot with three rows and thirty fixed paylines; bleached skulls hang above those reels with the ‘wanted’ characters shown in this dusty town below.

The six high value symbols are all the characters from this story – the outlaws and those trying to stop their dastardly deeds; playing card symbols in their traditional black and red represent the lower values. The sheriff’s badge is wild and it appears only on reels two to five.

On every spin three of the outlaw characters will become either Wanted or Most Wanted, marked by a silver or gold frame respectively; they will apply a silver 4x multiplier or a gold 10x multiplier to any wins they are part of.

This can occur on any spin and you’ll see Wild Bill’s guns on the screen, shooting a cluster of six symbols on reels two to five and transforming them into wild symbols.

This is triggered by collecting at least six overlaid bullets on one spin for which you’ll receive twelve free spins; all outlaws come with a bounty prize which is awarded when they land and although the Wanted & Most Wanted feature works the same as in the base game the former may sometimes change into the latter for higher multiplier prizes.

If fewer than six bullets land in the base game there’s a chance that they will lock in place for one spin to provide a shot at collecting some more and triggering the spins.

A trip to the Old West usually provides us with some entertaining gameplay and Wild Bill’s Bounties gives us just that – several clever bonus features including the outlaw multipliers means there’s more to this Wild West-themed slot than meets the eye.

The Return To Player percentage for Wild Bill’s Bounties is 96.00%.

How To Win On Wild Bill’s Bounties?

Where can I play Wild Bill’s Bounties?