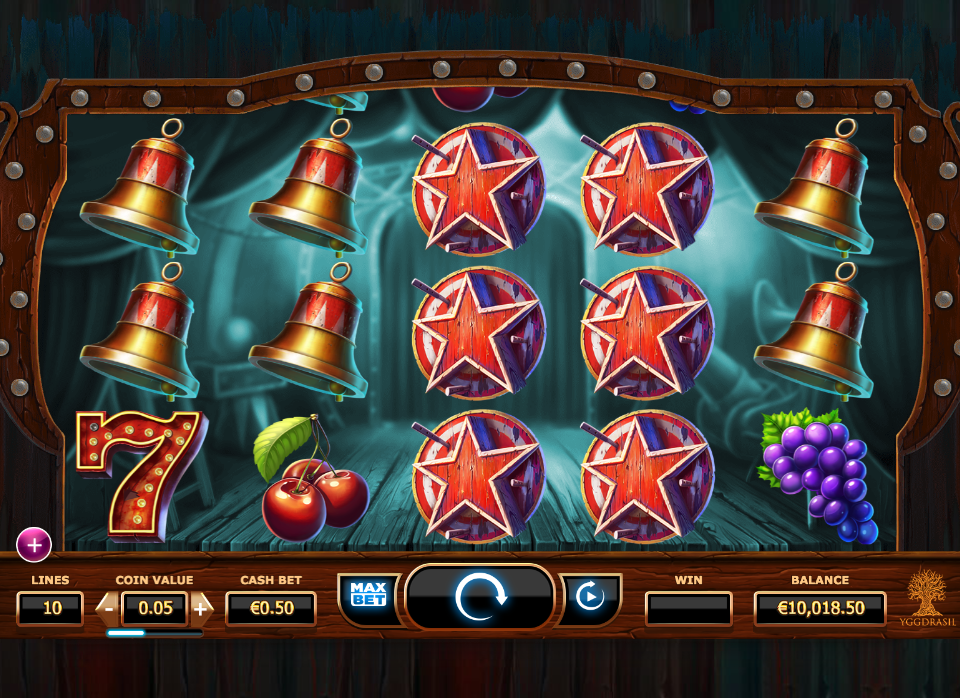 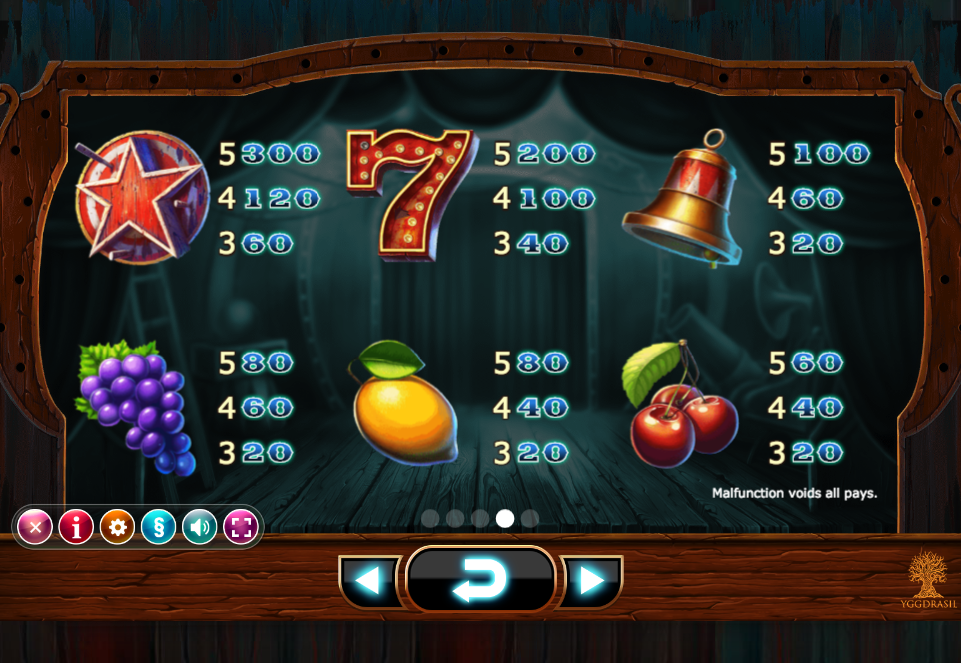 As online slots fans we’ve visited a few virtual circuses in our time but none we’d really describe as wicked; that all changes here because we’re about to review Yggdrasil Gaming’s classy, atmospheric game Wicked Circus. It’s part of a series of Yggdrasil releases which include the Jokerizer Mode and you can read all about it below. 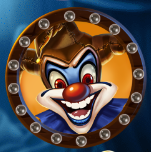 There are just six base game symbols and these include a knife-throwing target, an illuminated seven, a grotty-looking bell, some grapes, lemons and cherries.

The only other symbol is the Joker and he’s the key to all the extra features explained below.

The balance of any win you land in the base game will be transferred into the Jokerizer balance above the reels; you now get to play the Jokerizer reels for 20 coins per spin on an enhanced set of reels (or you can collect your winnings).

Landing two jokers while in Jokerizer mode (or three in the base game) will award a mystery win as follows: 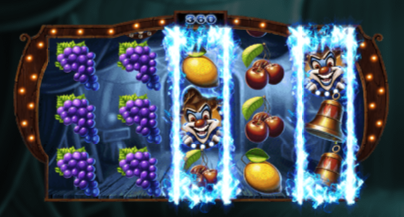 Winning at least 500 coins will return you to the base game.

Additionally landing at least two jokers in Jokerizer mode will enable the ‘Hold’ function; you now have the option to hold those reels containing the jokers for one more respin at a cost of 60 coins or continue as normal.

The Jokerizer mode is a welcome addition to any online slot so we’re pleased to see it again in Wicked Circus; it gets triggered regularly so it always feels like there’s something going on. This game comes with an RTP of 96.30%.