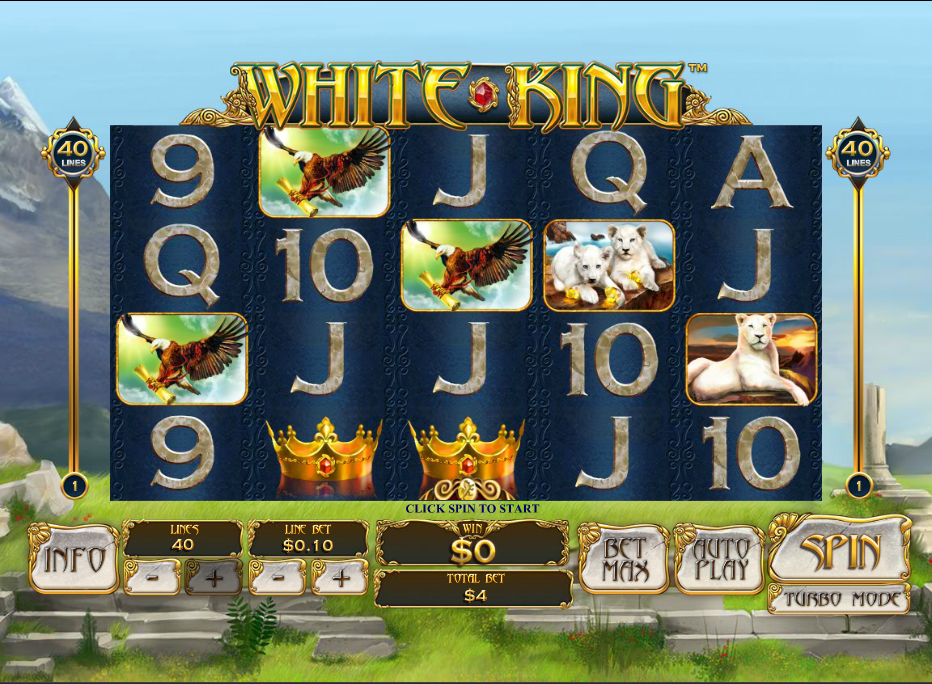 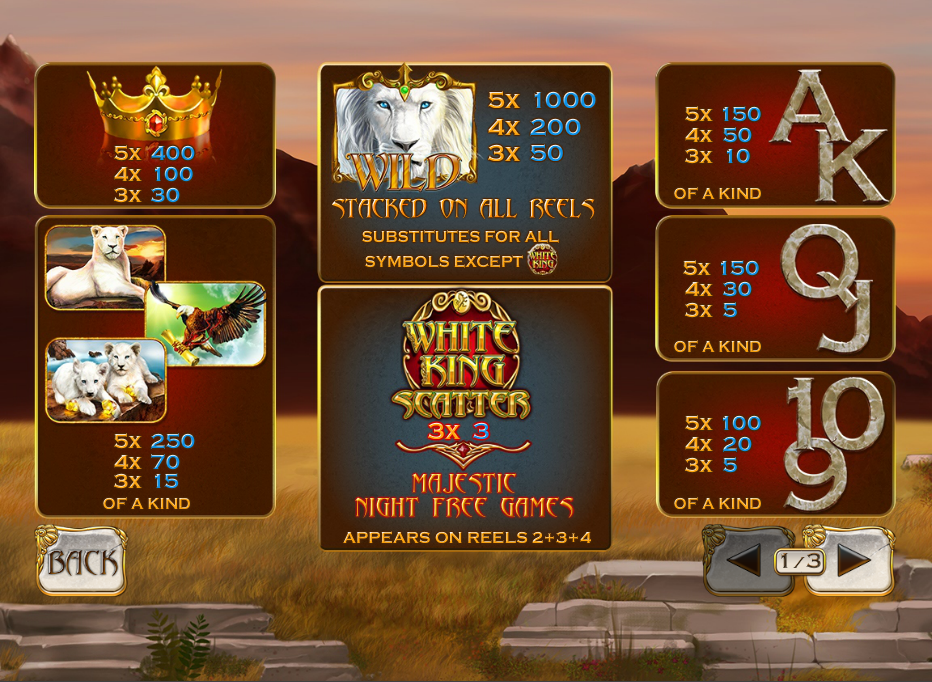 We’ve been looking forward to this brand new online slot from Playtech for a little while now and at last we have the chance to check it out. It’s called White King and the monarch in question is the king of the jungle, a white lion overseeing the ruins of some ancient civilisation on an African plain. Other wild animals also get a look-in but it’s the eponymous creature who steals the show.

White King is a five reel slot with four rows and up to forty paylines; the backdrop to those reels os perhaps something of fantasy location with green plains and snow-capped mountains underneath a blue sky. Cracked columns and ruined steps provide some evidence that humans once lived here.

Enough poetic rambling though and let’s have a look at the main symbols of which there are not many – a single lion cub, two lion cubs and an eagle. Lower values are the standard 9, 10, J, Q, K and A.

The White Lion himself is the wild symbol and he appears stacked on all the reels; this means he can fill or partially fill whole reels, providing more opportunities for creating winning combos.

The White King logo is the scatter symbol which will activate the main feature. It appears only on reels, two, three or four.

This is the only bonus feature and you can trigger it by landing the White King scatter symbol anywhere in view on reels, two, three and four.

You will initially receive just five spins but landing three more scatters will add another five spins and this can be done indefinitely.

During the spins more wild White Kings will appear on the reels which should make up for the relatively low number of spins awarded.

White Lion certainly looks the part and it sounds nice but we feel that it’s lacking a bit in extra features. What’s more disappointing however is the really low RTP of 90.05%, one of the lowest we’ve ever seen. It’s a high variance slot meaning that you will find yourself winning large amounts but not often.