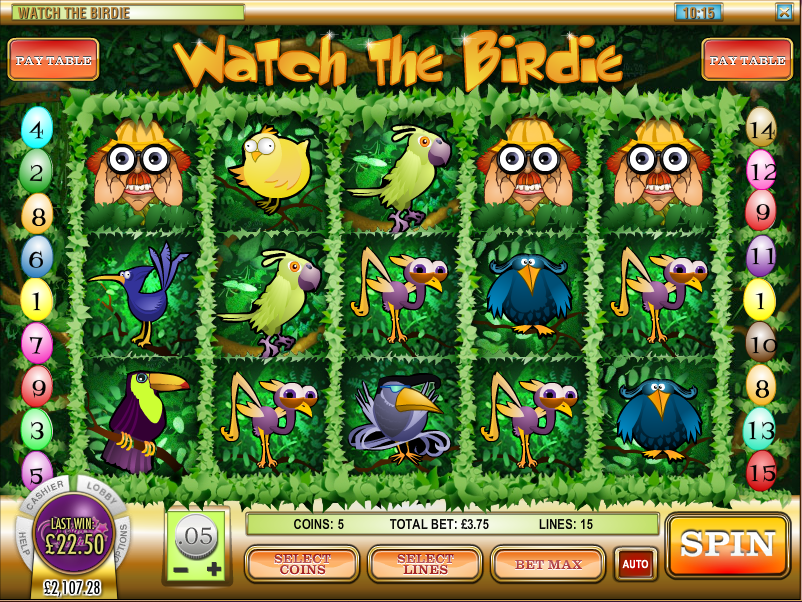 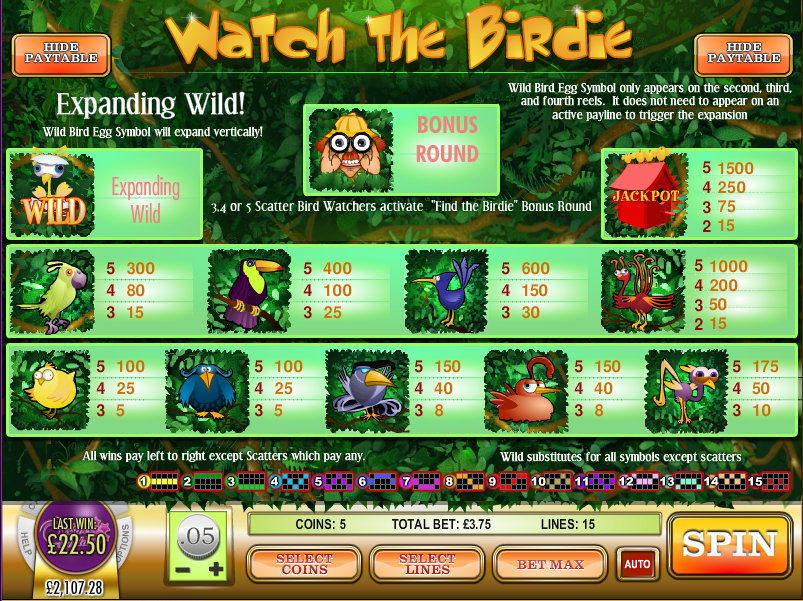 Twitching, birding – whatever you want to call it, is most definitely a pastime enjoyed by many people around the world so however odd it might seem to those not involved it cannot be ignored. So it’s good news then that Rival Gaming have developed an online slot based entirely on this hobby; it’s called Watch the Birdie so read on to find out how it works.

Watch The Birdie is a five reel slot with three rows and fifteen paylines; those reels and the background to this game are made up entirely of the type of leafy flora in which birds make their nests and presumably spend their days.

All the base game symbols are avian-related – there are ten different types of birds, some of which look like versions of realness and some which seem a bit invented (to us anyway). The jackpot symbol features four little yellow chicks on top of a red birdhouse and it’s worth 1500x your line stake for five on an active payline.

The wild is represented by a a big white egg which only appears on reels two, three, four and five; if it can form a winning combination anywhere on that reel it will expand to cover all positions by hatching which results in a nice little animation.

The scatter symbol is a birdwatcher icon and landing three or more anywhere in view will trigger the feature.

Landing three or more of the birdwatcher scatter symbols anywhere on the reels will trigger this mini-game; after being prompted to read the instructions you will be taken to a screen displaying a number of eggs. Your task is to find hatch the egg containing the bird indicated at the top of the screen – manage that and you win coins.

You have five tries to make as much money as possible but the game can be extended by finding the stork. We’ve found it quite possible to leave the bonus round with no winnings.

This is a nice looking game but one which lacks much substance, especially in the bonus feature. For an alternative bird watching-themed game, try Ash Gaming’s Nest Egg.