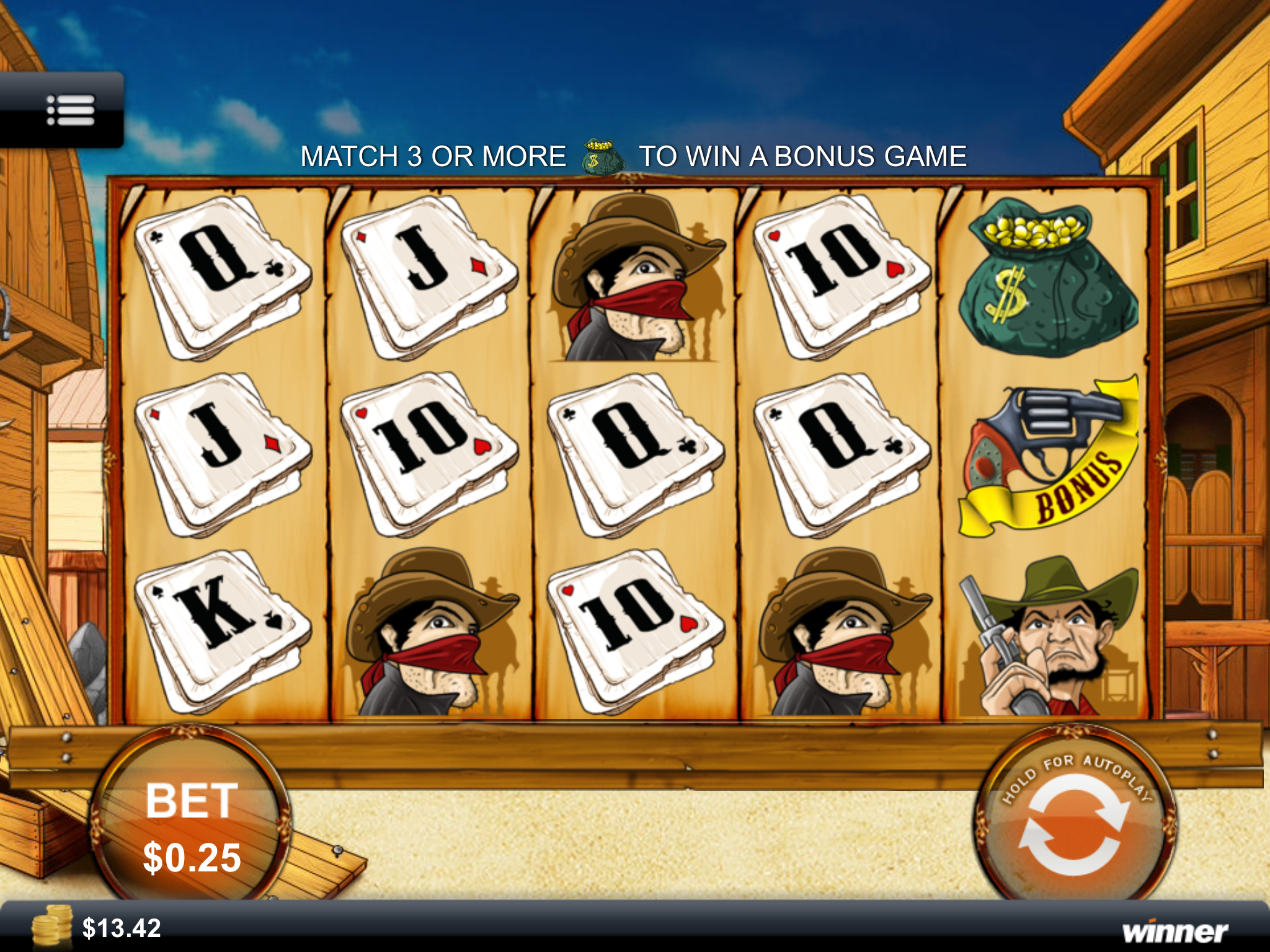 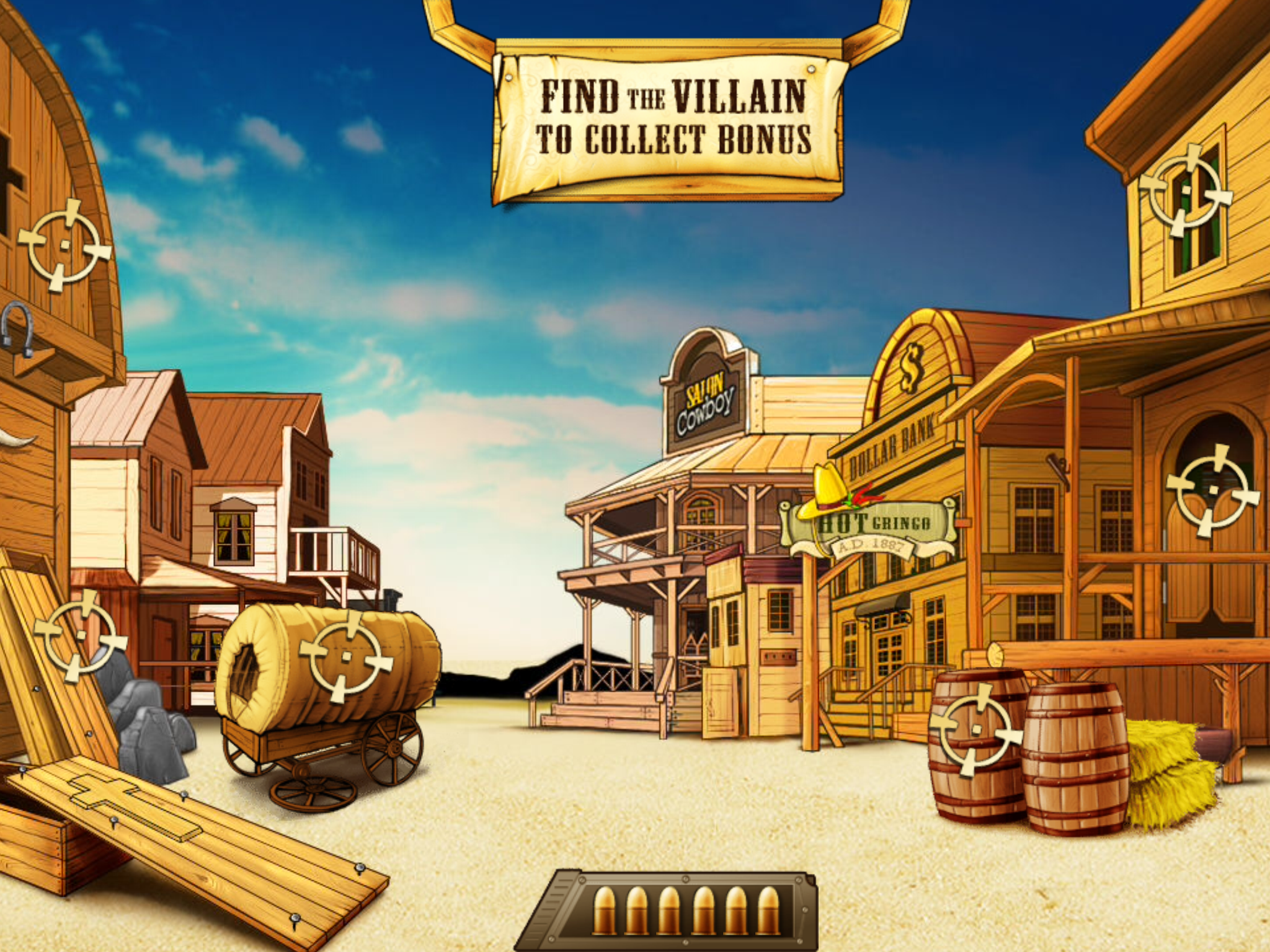 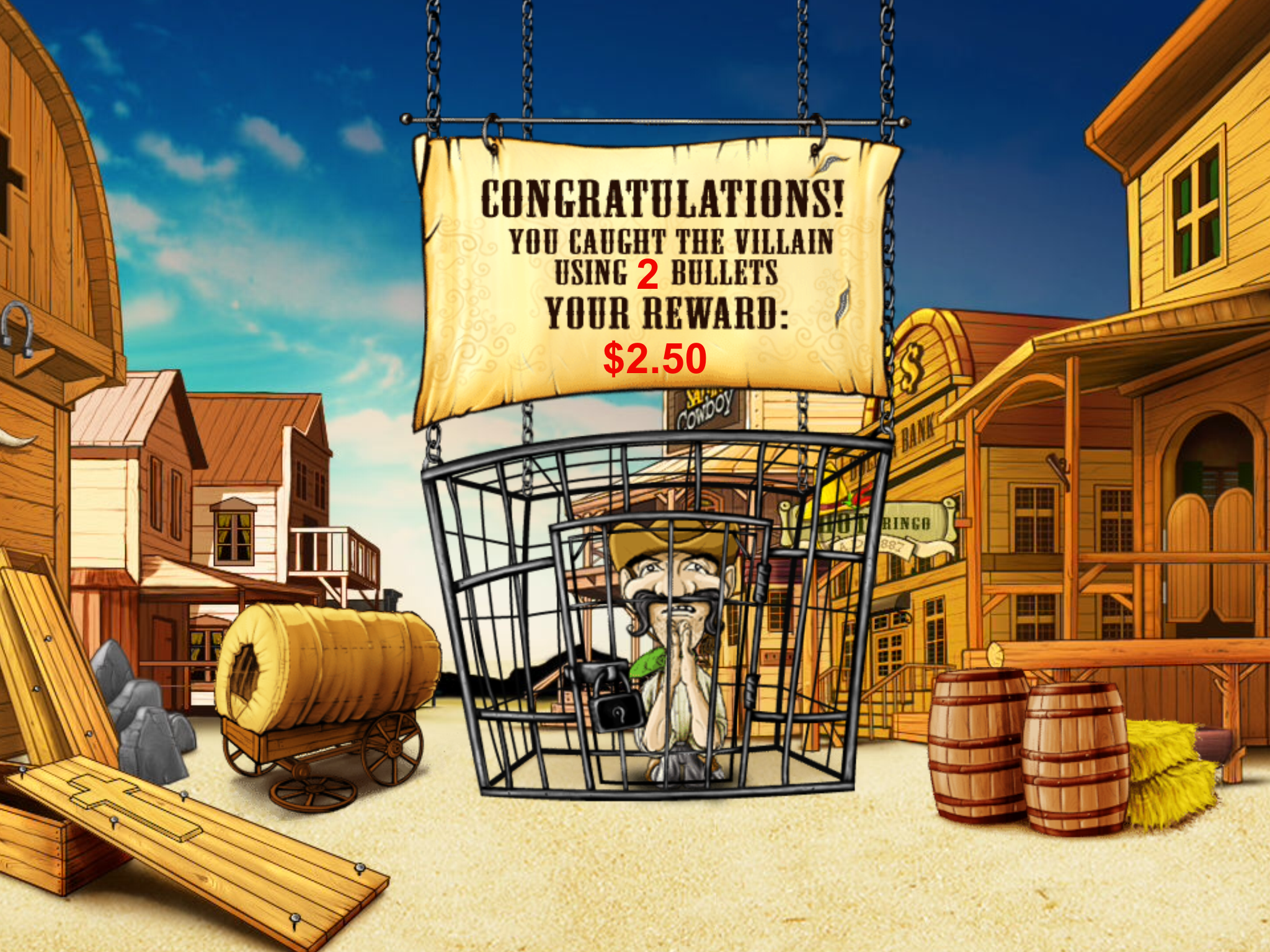 As slots players we take regular trips out to the Old West where we encounter all those stereotypical things associated with the life of a cowboy. Playtech has joined the party by releasing Wanted Dead Or Alive, a Western-themed game which is only available on mobile platforms. This is a game you can only play on your smartphone or tablet so you’ll be searching in vain if you try to find it n the desktop website.

Wanted Dead Or Alive is a five reel slot with twenty five fixed paylines and it’s designed in a cartoonish style which could make it look dated but it doesn’t. Behind the reels wooden buildings are visible under a clear blue sky; the reels themselves have peeling paper corners reminiscent of a wanted poster.

Three gruesome-looking characters represent the main symbols – one with a moustache, one with a beard and one with a bandana – along with the standard 10, J, Q, K and A fashioned as playing cards.

Fizzing sticks of dynamite represent the wild symbol and there are two scatters – a pistol and a bag of gold – each with their own mini-game.

This game is triggered by landing a pistol anywhere on reels one and five on the same spin. You will then be whisked to a new screen and provided with six bullets to shoot six locations in an effort to find the bad guy. When you find him he will wave a white flag and then find himself in a cage. The sooner you find the baddie, the greater your prize will be.

This is a little bit briefer and it’s triggered by landing three of more bags of gold anywhere in view. You will now be asked to pick one of the age which will reveal a cash prize. A potential 200x your total bet is available here for five bags of gold.

Wanted is designed really well and is playable with just two buttons on your mobile device – a bet selector and a spin/autoplay button. This is a pretty low variance slot with plenty of smaller wins and it’s pretty easy to trigger the bonus features.