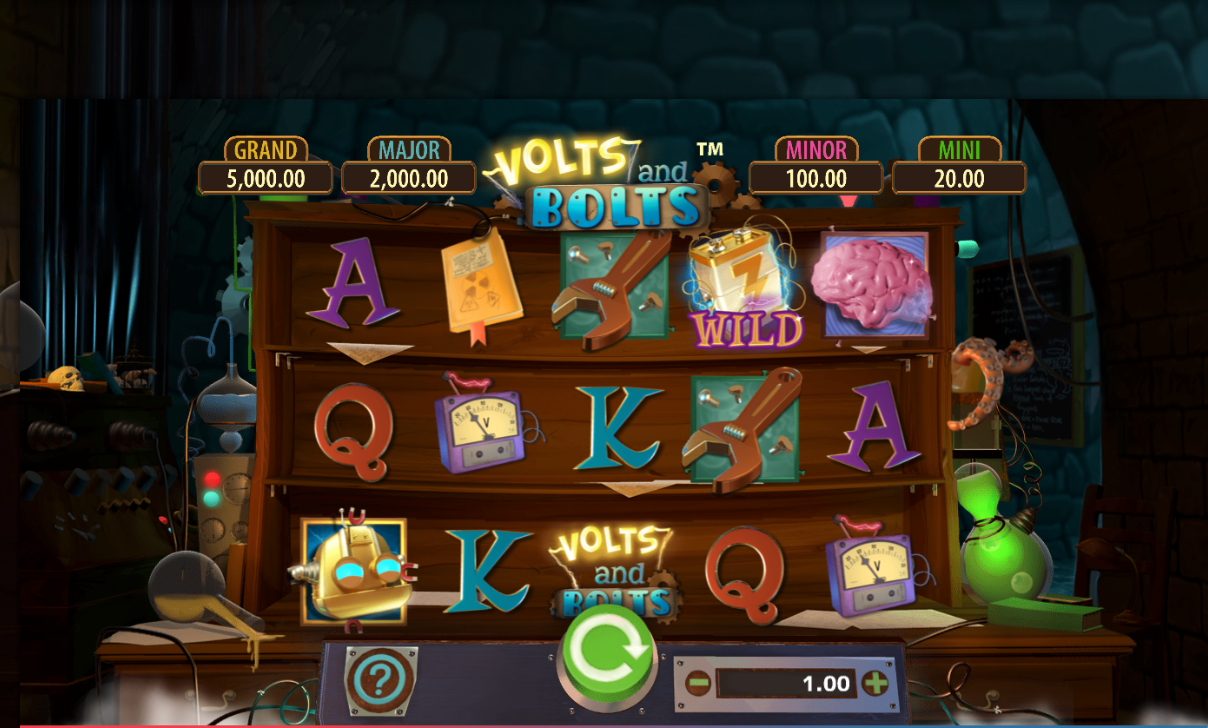 Reanimating various parts of long dead people is a theme we’ve been familiar with since Mary Shelley first introduced us to Frankenstein’s monster in 1818; here we have the same theme in online slots form, it’s called Volts & Bolts and it’s developed by WMS Gaming.

Volts & Bolts is a five reel slot with three rows and fifty fixed paylines; the symbols spin on shelves in some dark laboratory no doubt occupied by the mad scientist responsible for the attempted reanimation. The four jackpot prizes tempt players from above the reels.

The theme-related symbols include the game’s logo, a brain, a electric meter, a spanner and a notebook; J, Q, K and A represent the lower values.

The wild is a fizzing battery from which wires protrude and it will replace all others to help make winning matches except for the robot and scientist scatter symbols.

This is triggered by landing at least six of the robot scatter symbols anywhere in view for which you will receive five robot spins. Those robots will be held in place and any more landing during this round will be held also. The aim is to connect robots together to form bigger robots and at the end your prize will be calculated in the following way: 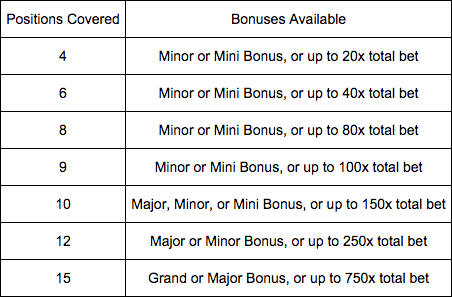 Trigger this by landing three or more of the scientist scatter symbols anywhere in view and you’ll receive 12 free spins for your troubles; more spins can be retriggered in the same manner during this round and it’s also possible to win the Robot Spins from here. In addition reel three will only contain wild symbols or scientists.

Volts & Bolts is a really high quality slot with some top notch graphics and theme which has stood the test of time for more than two centuries now so it must be a good’un; two creative bonus feature add to the electric fun, there’s an appropriate soundtrack and an RTP of 95.63%.