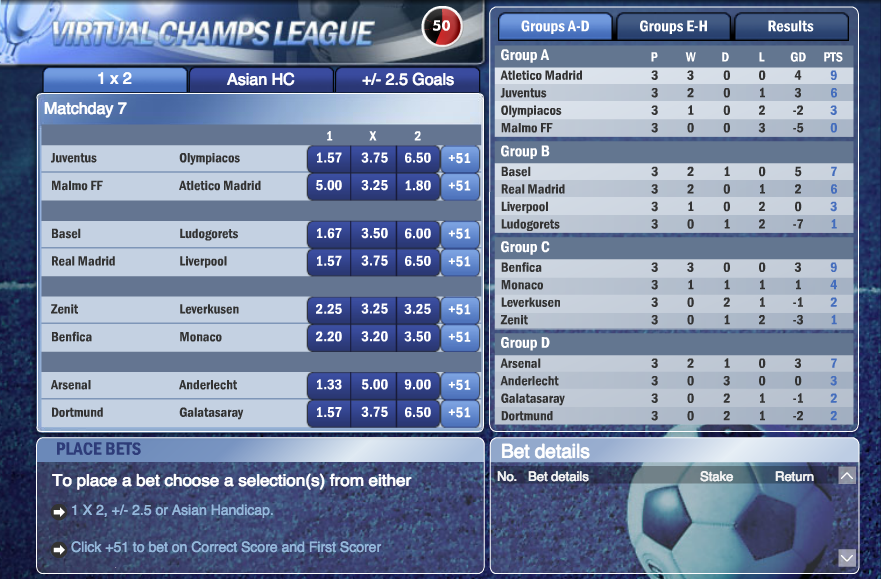 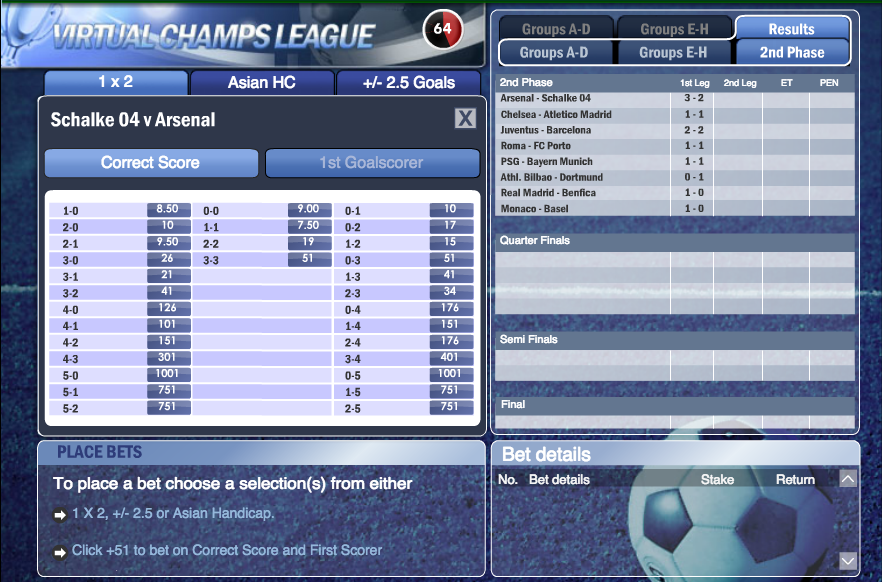 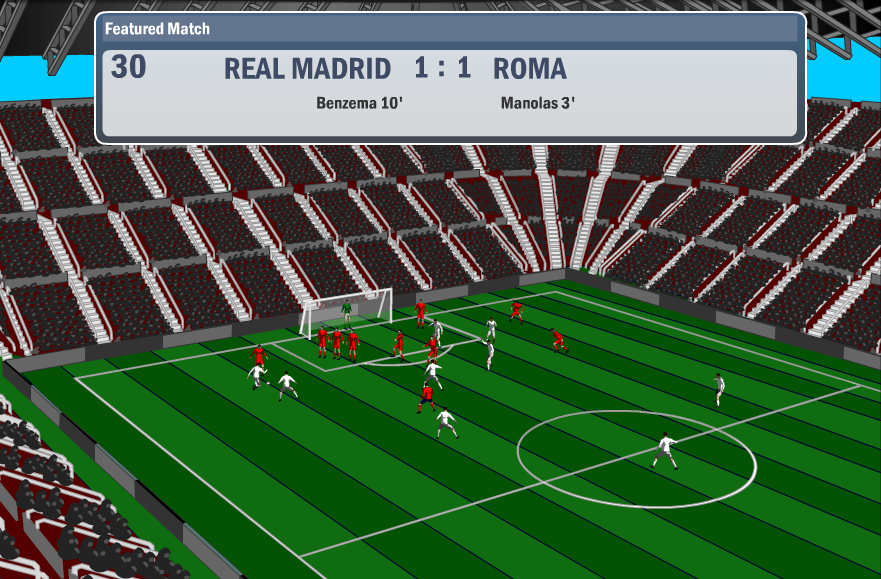 How To Play Virtual Champions League

When you load up this game you will almost certainly be joining the competition after it’s started; because you’re betting on one match at a time there’s no need to wait until the competition restarts but you can sit and wait through the whole thing if you want to.

For those unfamiliar with this competition it begins with thirty two the best European teams split into eight leagues of four. All the teams in a league play each other home and away and the best two progress to the knockout stages which ultimately whittles them down to the final two and then a winner.

Betting is reasonably simple because there are just five betting options accessed from the various tabs in the screenshot above:

You have 90 seconds to place your bets after which the games will begin and you will get to see one match play out (sort of) with real players scoring the goals and some crowd noises.

When the games are over you will be paid any winning (or not) and you can then move on to the next set of games and place some new bets.

It’s worth noting that you can also bet on the group winners and eventual champions but only at the start of the tournament.

Virtual Champions League is quite good fun but it’s difficult to argue that it’s better than Bet Victor’s Virtual Sports which features almost lifelike gameplay from whichever activity is being wagered on. Still, it’s worth a pop so don’t be shy.