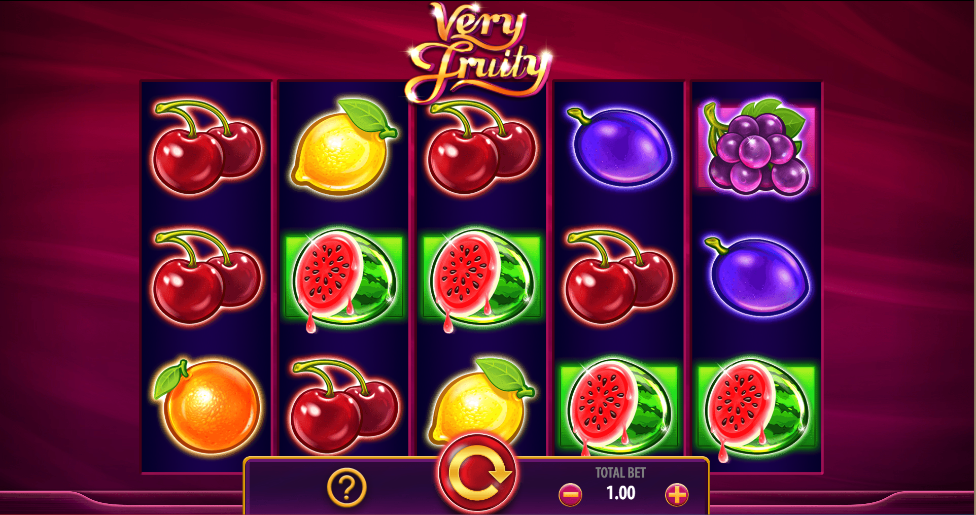 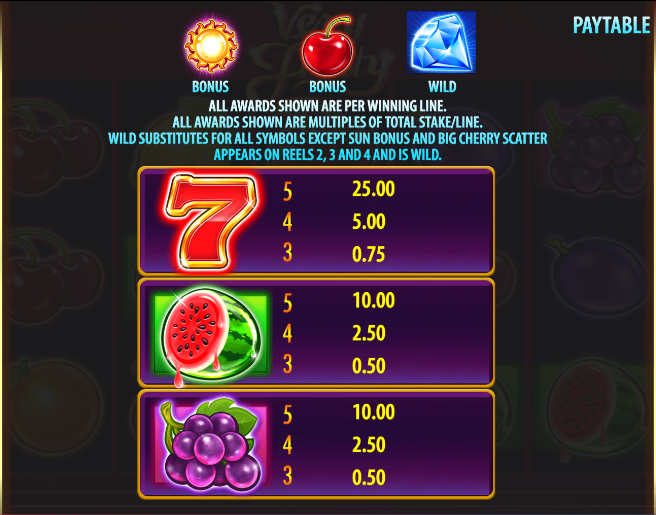 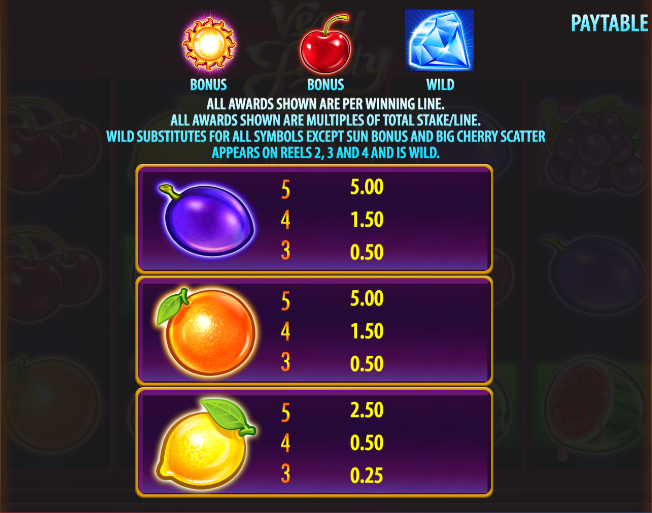 If we had just one word to describe this online slot from WMS Gaming then ‘fruity’ would probably be it and that’s quite handy because Very Fruity is the name of this tasty game featuring two bonus features and lots of shiny, healthy treats – find out how it works below.

Very Fruity is a five reel slot with three rows and twenty fixed paylines; a plush, red curtain forms the backdrop to those reels and there’s really nothing else to describe here other than ‘fruit’.

All the standard symbols are related to the theme (except for the red seven) and include watermelons, bunches of grapes, plums, oranges, lemons and cherries.

The large diamond is wild, it appears only on reels two, three and four and it will replace all others to help form winning matches except for the golden sun and double height cherry. The lesser spotted double height cherry is a scatter which is there to help you out with wins.

This is a two part feature and it’s triggered by landing at least five of the sun scatter symbols anywhere in view; initially you will be awarded the sum of all the prize values on those suns and then the free spins will begin.

You’ll receive five free spins which can be triggered again by landing five more suns but the more exciting news is that each double height cherry scatter symbol appearing on the reels will award the entire sum you originally won from the scattered suns which triggered this round.

Very Fruity is a slot with some basic but high quality looks hiding an interesting bonus feature behind the healthy snacks; it’s an engaging game with some traditional aspects combined with more creative elements and it comes with an RTP of 95.51%.