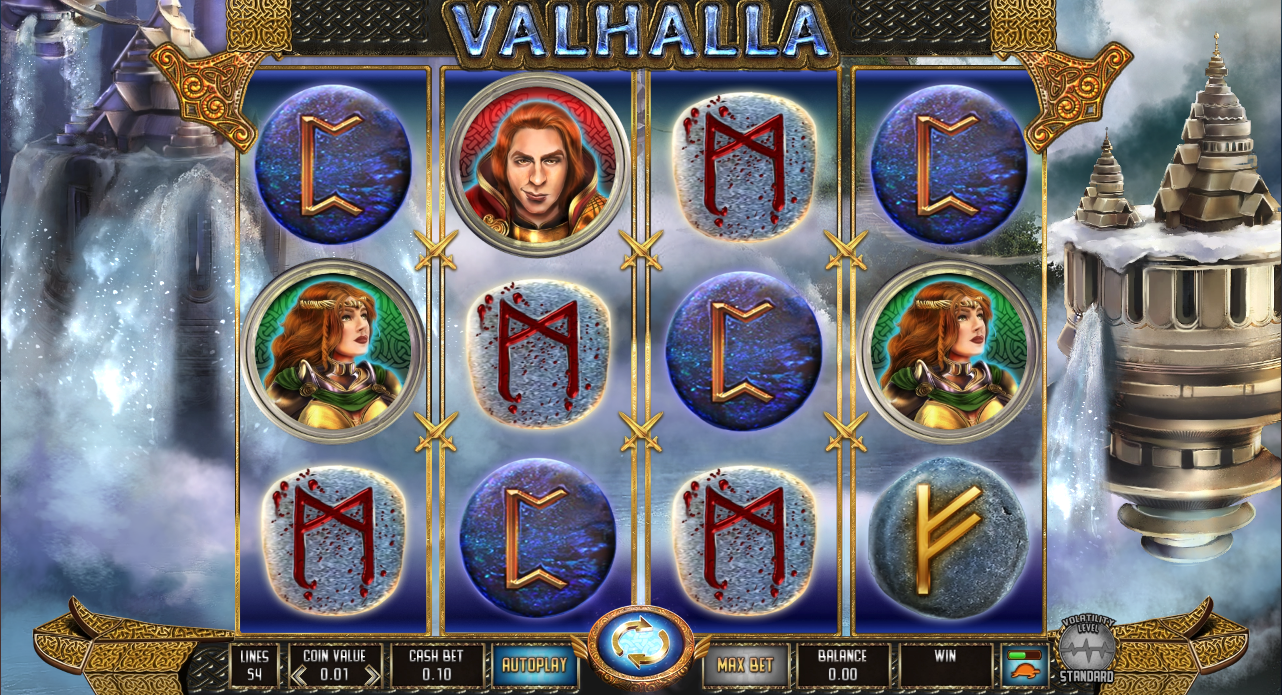 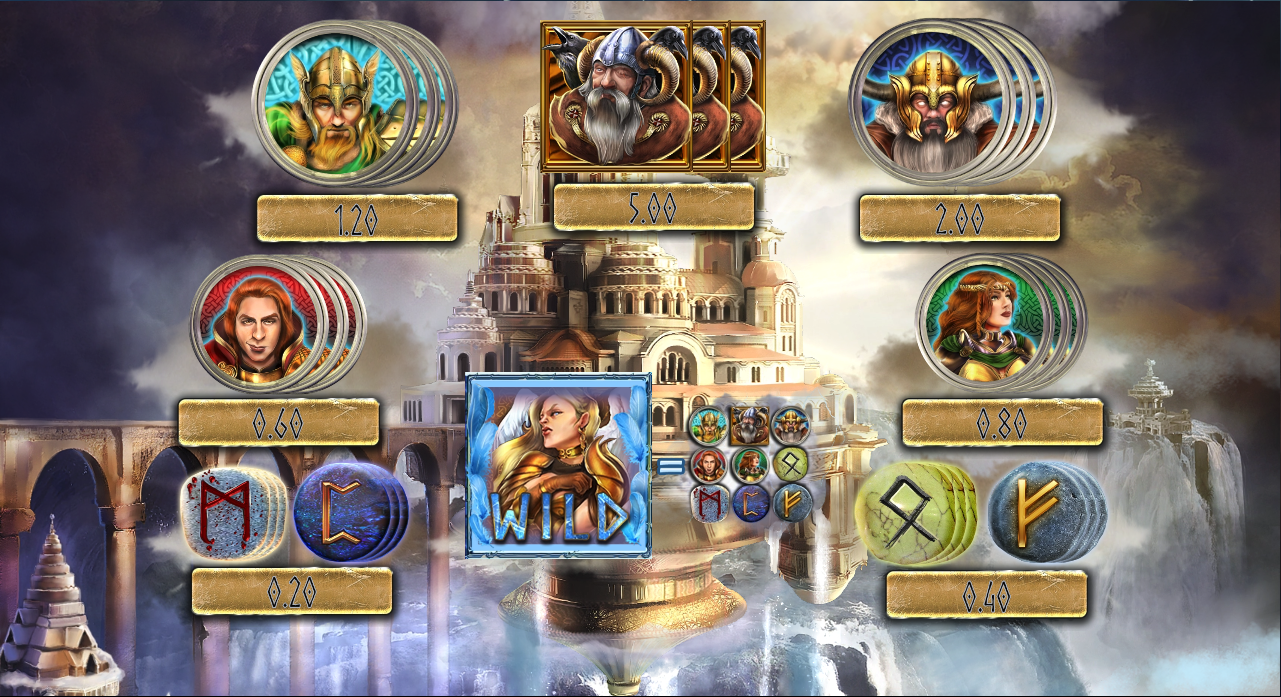 As all online slots fans will know Valhalla is the legendary hall where slain Norse warriors ended up if they were lucky enough to be chosen by the Valkyrie; it’s a fairly common theme for the gaming industry and now we have another – it’s called simply Valhalla, it’s developed by Wazdan and it comes with an unusual payline structure.

Valhalla is a four reel slot with three rows and fifty four fixed paylines; if you think fifty four is an odd number than you’d be correct and that’s because the paylines stretch for only three reels from left to right and three from right to left – an arrangement we’ve not seen before.

There’s a nice design to the game with sparkling waterfalls splashing gently into the lake visible through the transparent reels while dramatic sound effects complement your gameplay.

The high value symbols include Odin along with various unnamed characters from Norse mythology while runes carved on flat stones represent the lower values.

The wild symbol is a Valkyrie and she’ll replace all others to help form winning combinations; there are no extra features in this game so no bonus symbols.

Wazdan offers players the opportunity to select the volatility of this slot – you can do so by clicking the little button in the bottom right hand corner to choose between low, high and standard, low being more smaller wins and high being fewer but bigger wins.

After each win two small graphics appear above the Spin button, the one on the right to collect your win and the one on the left to gamble; here you can play a double up game by choosing one of the two doors and hoping to pass through to win. You can gamble up to seven times but one loss will lose it all.

If nothing else Valhalla is an unusual slot, especially in terms of those paylines which can take a bit of getting used to but once it all becomes clear it’s a simple but enjoyable gameplay experience which will appeal to those who don’t value extra feature too highly.