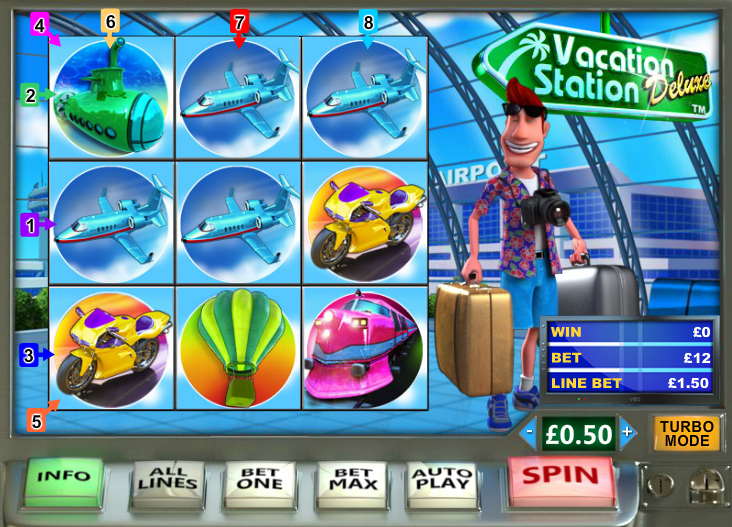 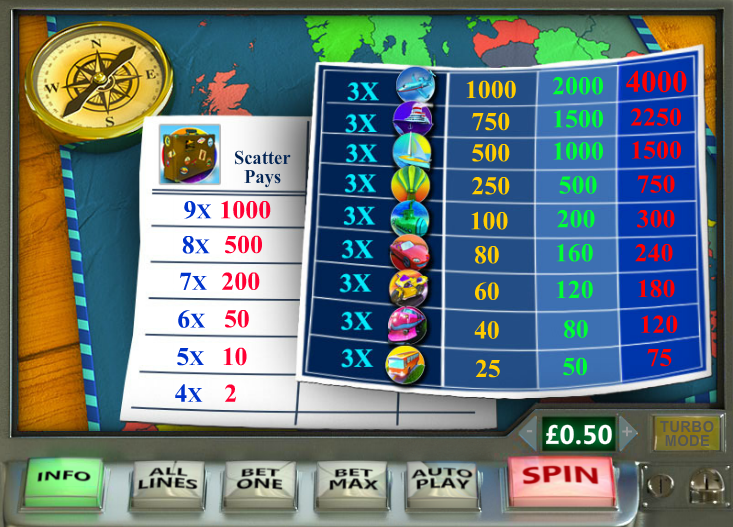 Planes, trains and automobiles – pack your bags and head off to the sun with a ridiculous shirt and a gigantic camera hanging around your neck.  That’s the premise behind Vacation Station Deluxe from Playtech and although this is a simple, three reel slot it offers a novel arrangement of paylines which makes it a bit more palatable for those who like their slots more complex. This ‘Deluxe’ version replaces the older Vacation Station with some updated graphics and an Autoplay feature.

If you’re a fan of classic three reel slots then of course you’ll like this game anyway but hopefully you’ll also appreciate the little extras that differentiate it from other games.

As you can see from the screenshot above the reels occupy the left side of the screen while our intrepid tourist loiters on the right; as well as the dodgy shirt and camera he also has a garland around his neck and what looks like panda eyes from wearing shades in the full glare of the sun.  On the big suitcase at the front you can see your payline bet, your total bet and any wins. 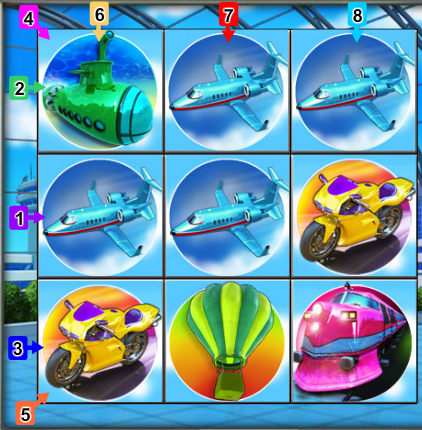 The reels themselves are a 3 x 3 arrangement and every symbol is travel-related so we have a bus, a train, a motorbike, a car, a submarine, a hot air balloon, a yacht, a container ship and an aeroplane.  Any holiday featuring all those methods of transport would be memorable indeed.  The label-covered suitcase is the scatter symbol.

The interesting feature of this slot is that there are eight paylines and as you can see from the screenshot on the right they run horizontally and vertically.  This obviously gives the player far more winning opportunities than a standard three reel slot and it also means wins can be had on more than one line on each spin.

For fans of three reels slots Vacation Station Deluxe offers something a little extra and it’s well worth investing a few pennies; when the reels spin it all turns a little bit psychedelic – something which complements the tourist’s shirt pretty well.