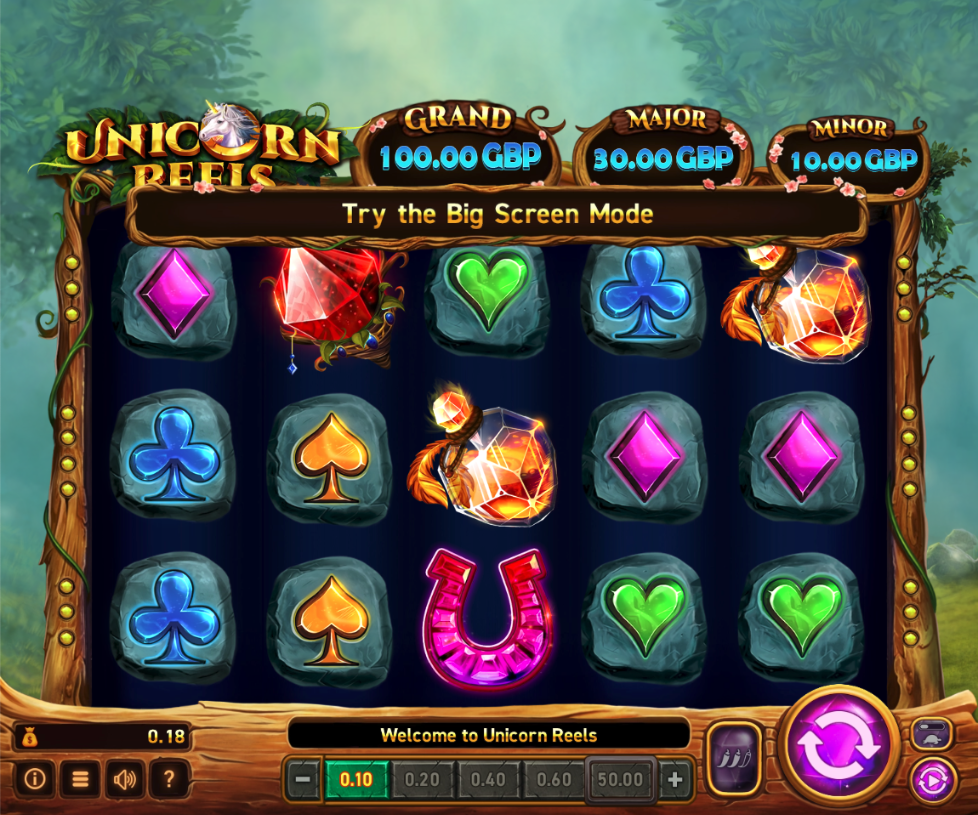 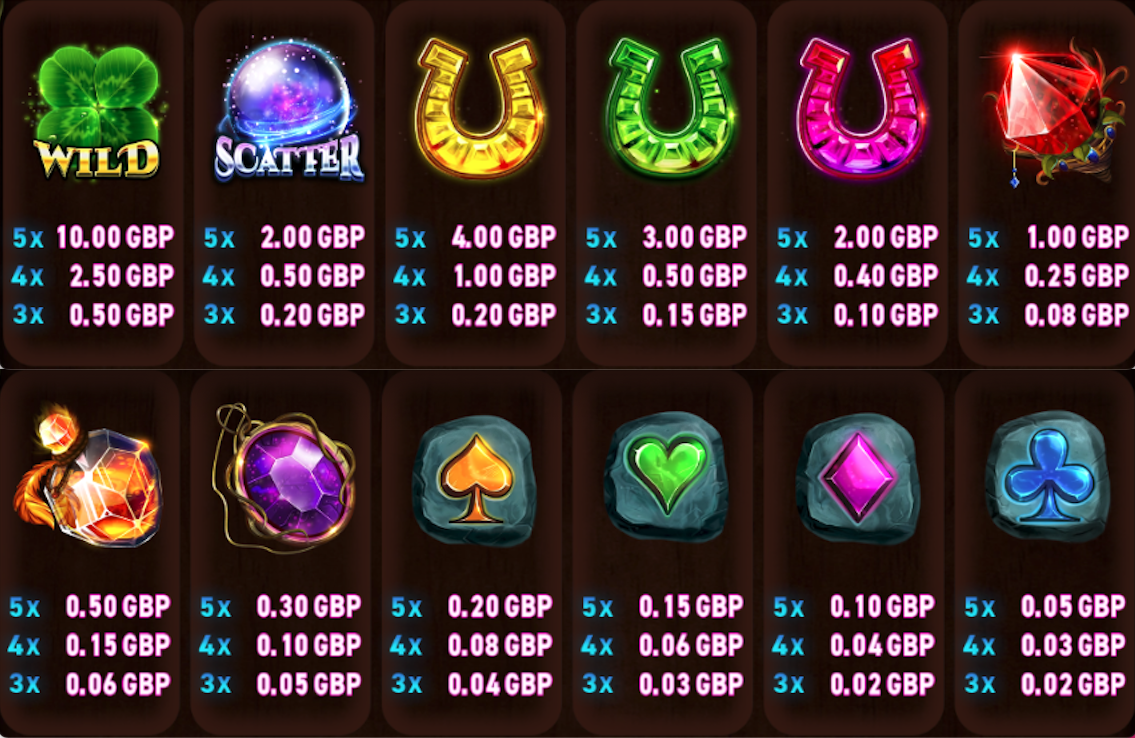 In a world of forest and fantasy we find ourselves face to face with the legendary unicorn and this online slot themed on this mythical feature; it’s called Unicorn Rees, it’s developed by Wazdan and from £0.10 per spin it offers players three jackpot prizes and the Unicorn Jackpot game.

Unicorn reels is a five reel slot with three rows and ten fixed paylines; those reels spin between twisted branches and are supported by a fallen tree trunk lying in a clearing in this hazy woodland setting.

Theme-related symbols include the three horseshoes in yellow, green and pink along with the red, orange and purple gems; playing card symbols carved into small rocks represent the lower values. The fur leaf clover is wild and the crystal ball is the scatter symbol.

This is actually the sole feature of Unicorn Reels and it’s triggered by landing at least five of the unicorn scatter symbols anywhere in view. You’ll now be awarded three respins on a 5 x 5 set of reels and those original unicorns will lock in place – any new unicorns which land will also lock and reset the number of spins to three again. When the spins run out or all positions are filled with unicorns, prizes are awarded based on the number of unicorns in view – have a look at the table below for the prizes but you’ll see that filling all spaces will award the Grand Jackpot of 1000x the stake.

Unicorn Reels could perhaps be accused of lacking a bit in the feature department but it looks great and creates a suitably mystical atmosphere deep in the woods. It also doesn’t seem to tricky to trigger the Unicorn Reels feature.

The Return To Player percentage for Unicorn Reels is 96.14%.

How To Win On Unicorn Reels?

Land combinations of at least three matching symbols or wilds starting from the left hand side.

Where can I play Unicorn Reels?