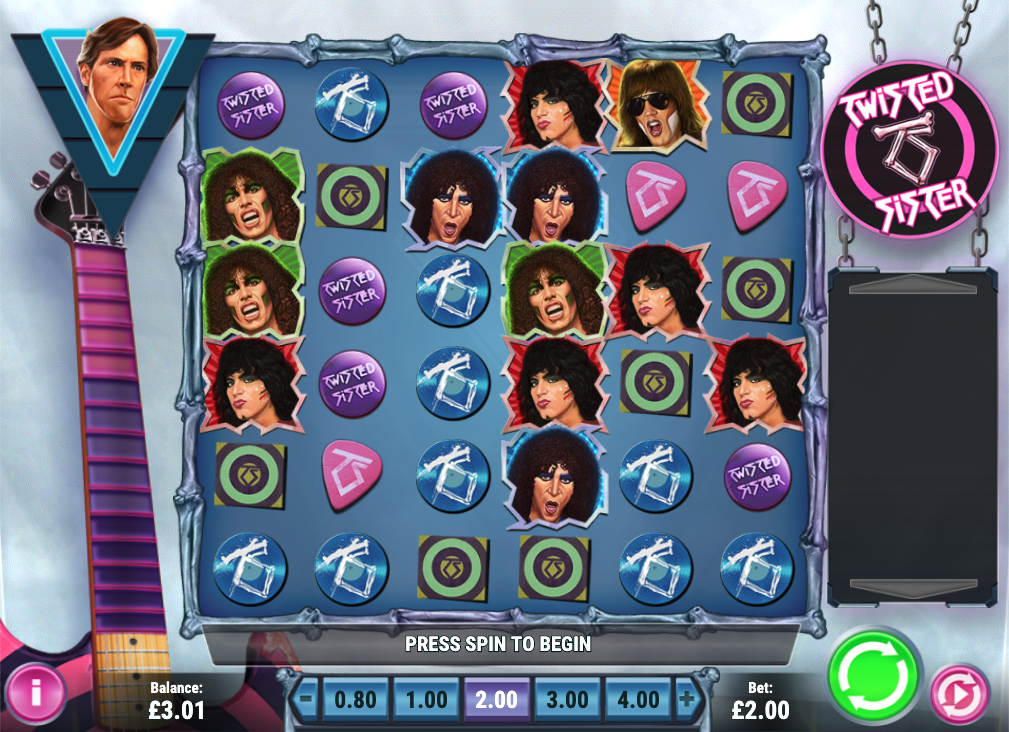 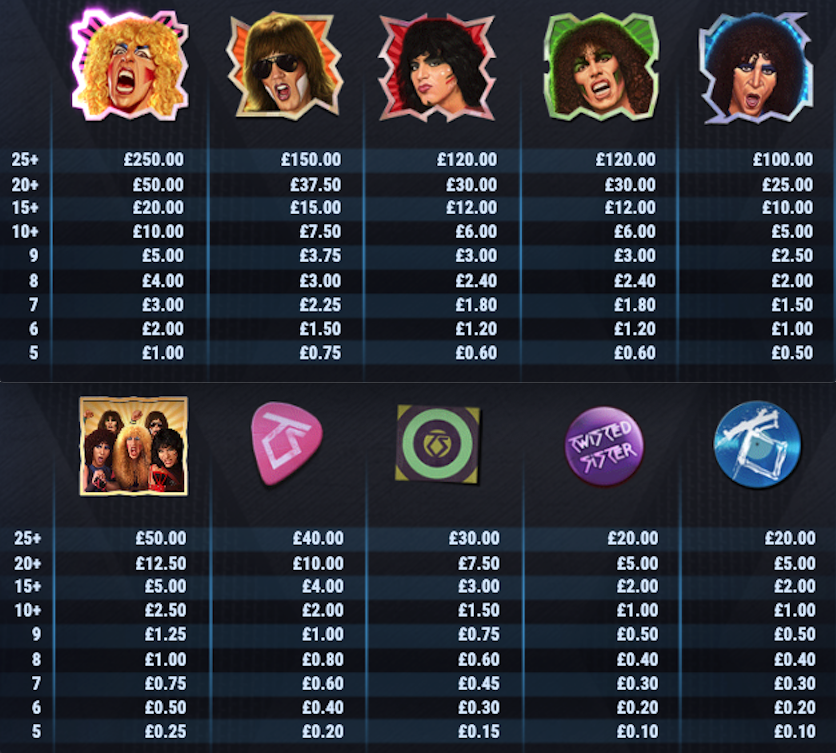 Twisted Sister were an American heavy metal band formed way back in 1972 who hit their peaks in the 1980s with songs such as ‘We’re Not Gonna Take It’ and ‘I Wanna Rock’; their recent retirement means that now is an excellent time to play an online slot in their honour – it’s called Twisted Sister and it’s developed by Play N Go.

Twisted Sister plays out on the 6×6 grid you can see above with the bands’ log in the top right and the Angry dad in the top left (more on him later); wins are formed by landing at least five matching symbols which touch horizontally or vertically and when this happens they’ll disappear to be replaced by more falling in from above – more symbols will then drop in to continue the process.

The five higher value symbols are the band members and we think these are the most famous of the many who’ve lined up on stage – A. J. Pero, Mark mendoza, Dee Snider, Eddie Ojeda and Jay Jay French; low value symbols include the guitar pick, the Mega Band and various associated logos.

The wild is a gold, boney ‘Wild’ which will replace all standard symbols while the Angry Dad is the scatter; the Mega Band will pay out when it’s mixed with band member symbols.

The guitar to the left of the reels contains fifteen segments and these are filled up by winning combos of band members; if at least five segments are filled then one of the following features/members is selected at random:

We’re Not Gonna Take It

Landing four of the Angry Dad symbols anywhere in view will trigger this round and a 2×2 Mega Band will appear on the reels and start moving towards the Angry Dads; when they are next to an Angry Dad he will disappear to cause a cascade and hopefully some wins. The round is over when the last Angry Dad is removed and so does the Mega Band.

If you’ve previously enjoyed the heavy metal-themed Annihilator from Play N Go then Twisted Sister is certainly for you – in fact it should be enjoyed by everyone who likes regularly triggered features and cascading gameplay. Just turn the sound down if this style of music is not your thing!