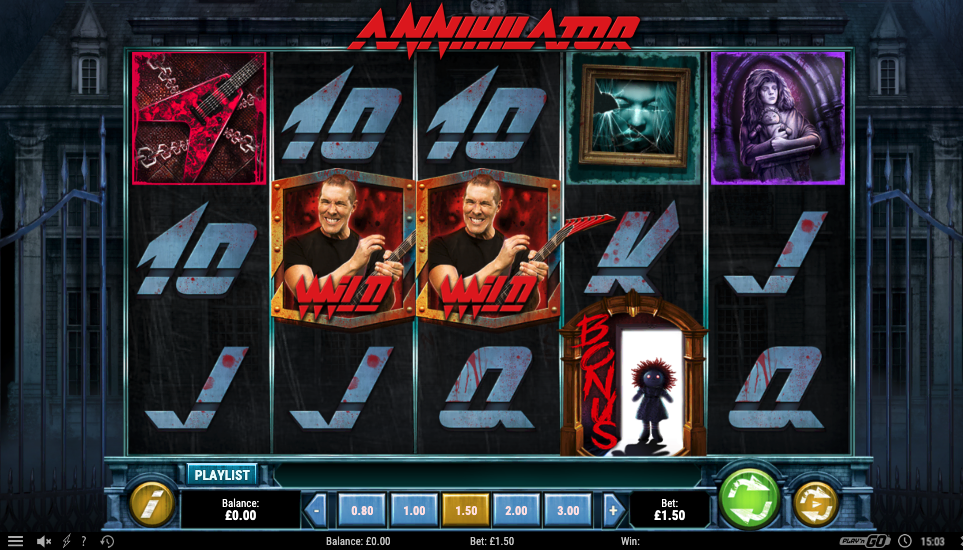 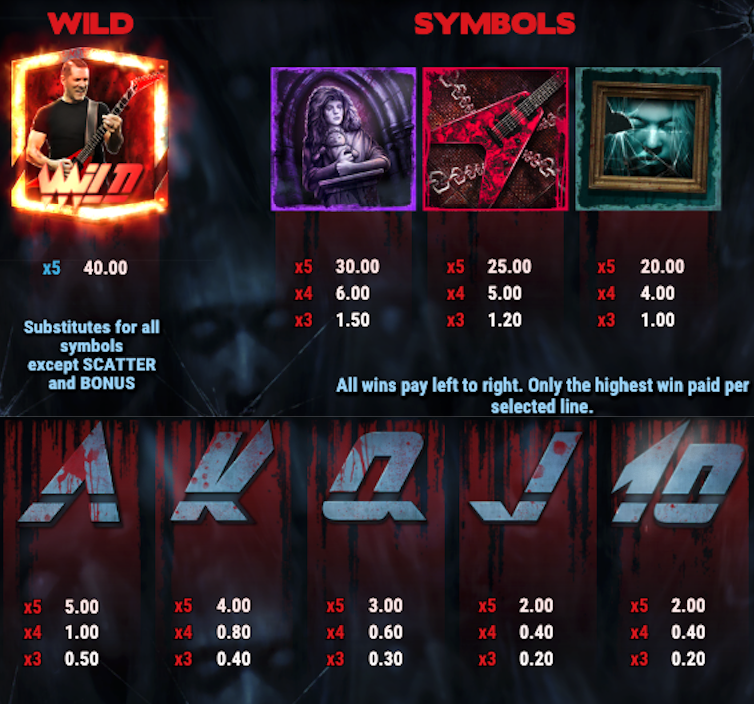 If you’re familiar with the popular beat combo Annihilator then you’ll know they are a Canadian metal band fronted by the one and only Jeff Waters; this online slot machine from Play N Go is themed on this outfit and as well as free spins and a picking round it offers players the choice of eight different Annihilator tracks to accompany the gameplay.

Annihilator is a five reel slot with three rows and ten fixed paylines; those reels spin against a backdrop featuring the Fun Palace, one of the band’s more popular songs. The high value symbols include Jeff, and three album covers from Annihilator’s extensive discography; 10, J, Q, K and A represent the lower values. Jeff himself is wild and and he’ll replace all symbols except for the scatter and bonus symbols to help create winning combinations.

This is triggered at random in the base game and any wild symbol in view will expand to fill all positions on its reel; if there’s no win then those wilds are locked in place for respins until you finally land a prize.

Landing three bonus symbols on reels two, three and four will trigger this round and you’ll be taken inside the Fun Palace where a load of scary dolls are scattered around the gloomy main staircase – just pick them for prizes until you find the one which ends the round. You may also find a scatter symbol which will also end the round but start the Free Spins.

Trigger this by landing three of the scatter symbols anywhere on reels one, three and five (or by finding a scatter symbol in the Fun Palace) and you’ll receive an initial eight free spins; there’s always one reel full of wilds during this round which moves randomly right and left, creating a ‘Trail of Fire’ in its wake – if a wild symbol lands within this trail then the trail will become completely wild.

Annihilator joins a small but growing group of slots based on rock bands and they all seem to be enjoyable and designed to a high quality; in particular this game includes plenty of the bands material and atmosphere and that only makes it even better.