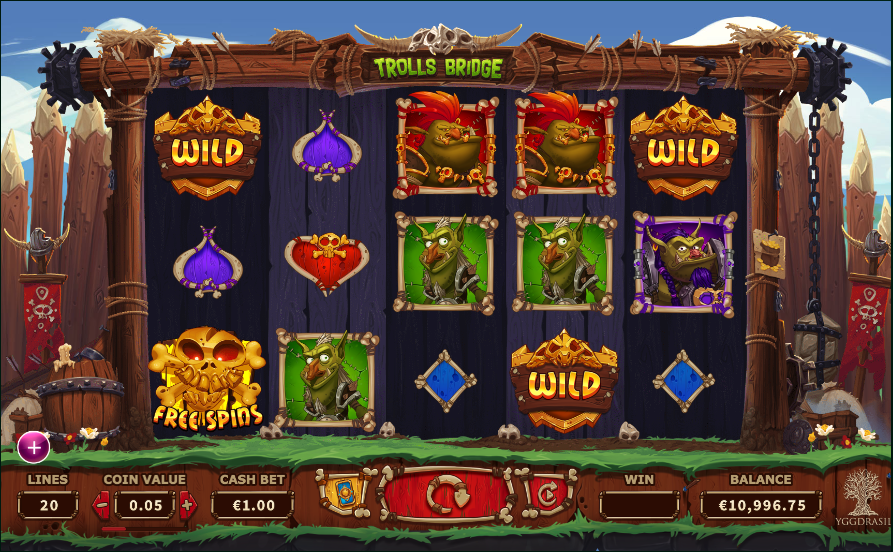 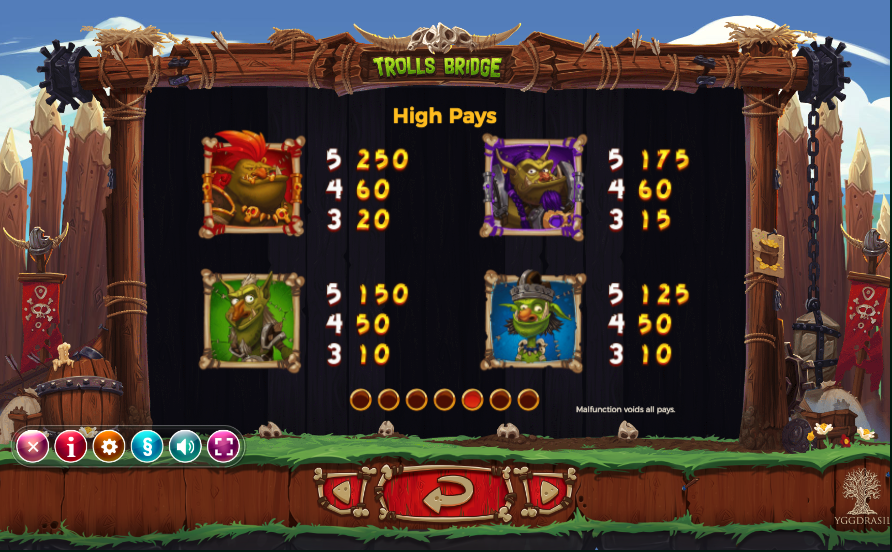 Loitering under bridges and scaring passers-by is all in a days work for a troll but perhaps they get a bad rap; we may be able to get more information from this online slot machine developed by Yggdrasil Gaming, it’s called Trolls Bridge and you can read more below.

Trolls Bridge is a five reel slot with three rows and twenty fixed paylines; these particular characters have a drawbridge to protect their crossing and it’s on this structure that the reel spin, Red skull-adorned standards ward off trespassers on either side of the screen.

Four trolls represent the four higher value symbols and we can differentiate them by colour – red, purple, green and blue; playing card symbols of similar colours make up the lower values.

The wild is a gold ‘Wild’ which will replace all others to help form winning combos except for the ‘Free Spins’ scatter symbols.

This is triggered by landing three or more of the Free Spins scatter symbols anywhere in view for which you will receive:

Before the round starts you’ll be prompted to select from the cards on offer which will reveal the features active during the spins – they can be:

If you’d like an extra feature during this round then activate the Golden Bet which will add 25% to your stake.

The Bonus Pot appears only on reel five in the base game but if it does you’ll receive one of the free spin options or a coin award of between 40 and 1000.

This is awarded randomly in the base game and your prize will depend on whether you’ve landed a win or not:

Trolls Bridge is a really well-designed slot with some detailed, entertaining graphics and numerous bonus features which seem to hit regularly. The RTP increases slightly to 96.30% when using the Golden Bet from 96.00% so bear that in mind if you’d like a tiny advantage.