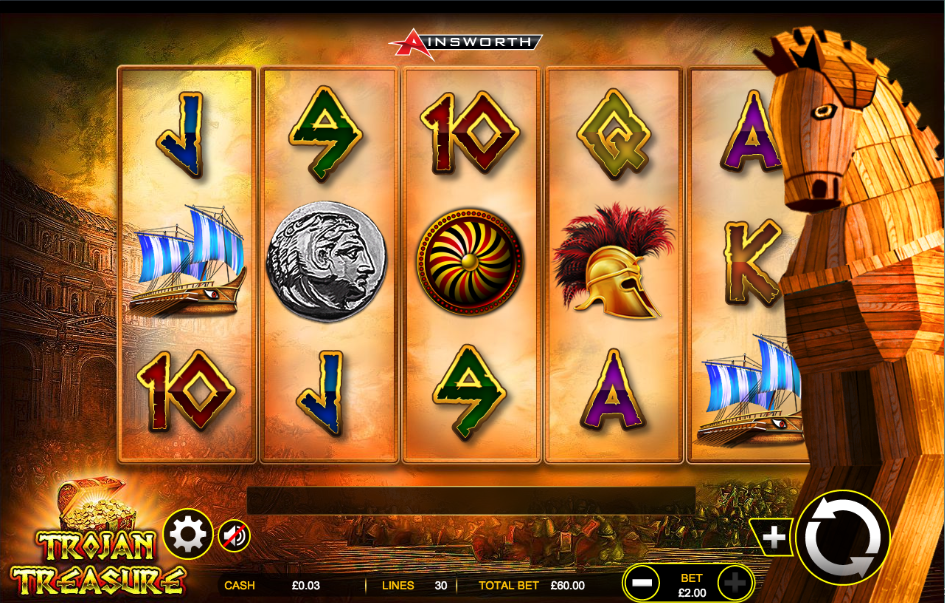 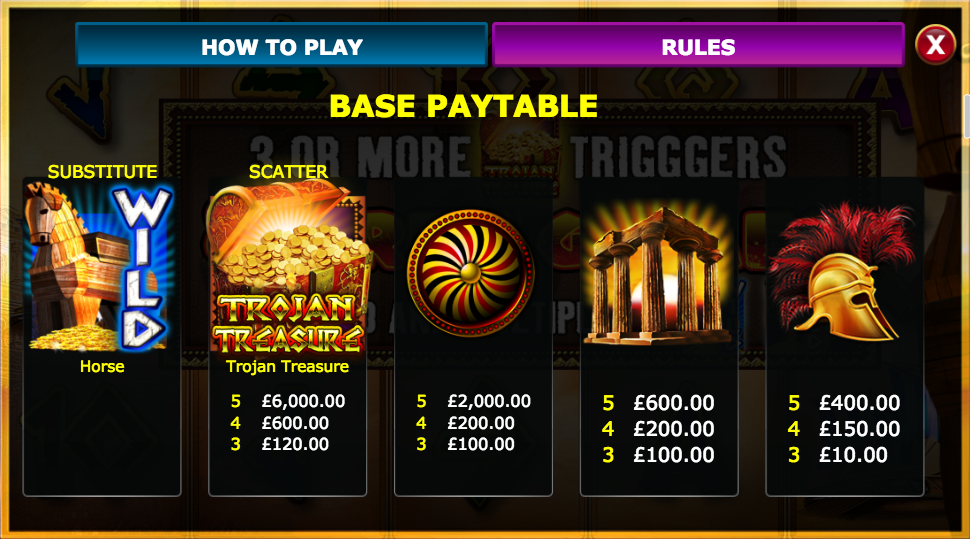 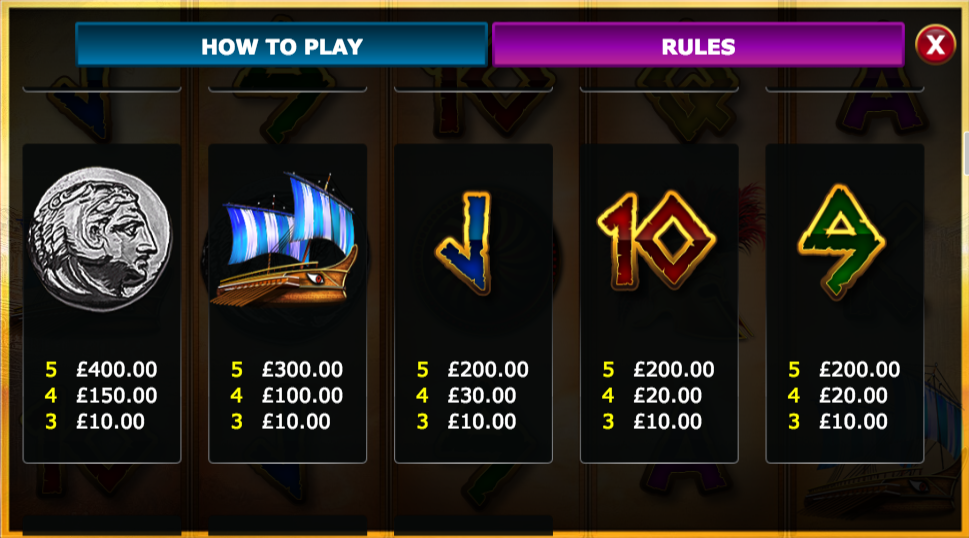 Most online slots fans will be aware of the tale of the Trojan Horse in which the invading Greek army tricked their way inside the fortified city of Troy inside a wooden horse then proceeded to let all their mates in to slaughter everyone; Trojan Treasures is based on this story, it’s developed by Ainsworth Gaming and you can read all about it below.

Trojan Treasures is a five reel slot with three rows and thirty fixed paylines; through those transparent reels we have a vision of a besieged Troy with crowds of people in the foreground. Every now and then the wooden horse trundles in from the right hand side to disgorge a few gold coins.

The high value symbols include a shield, some ruined columns, a helmet, a silver coin and a Greek warship; the lower values are 9, 10, J, Q, K and A.

The Trojan Horse is wild, it appears only on reels three, four and five and it will substitute for all others to help form winning combinations except for the treasure chest scatter symbol.

This is triggered by landing three or more of the treasure chest scatter symbols anywhere in view for which you will receive an initial eight free spins, although five extras (up to a maximum of fifteen) can be won be landing three scatters during this round.

During the spins the wild symbol appears only on reels three and five but if it lands on reel three it will remain there until the round ends. A new Trojan Horse multiplier symbol can also appear on reels two and four, awarding a win multiplier of 2x or 2x/3x respectively. Any multiplier symbol landing will also remain in place for the rest of the spins.

It’s difficult to argue that Ainsworth slots are designed to the same high quality as some other developers but if you enjoy their distinctive style then feel free to check out Trojan Treasures; in our experience the bigger wins seem to be in the free spins and this game comes with an RTP of 94.16%.