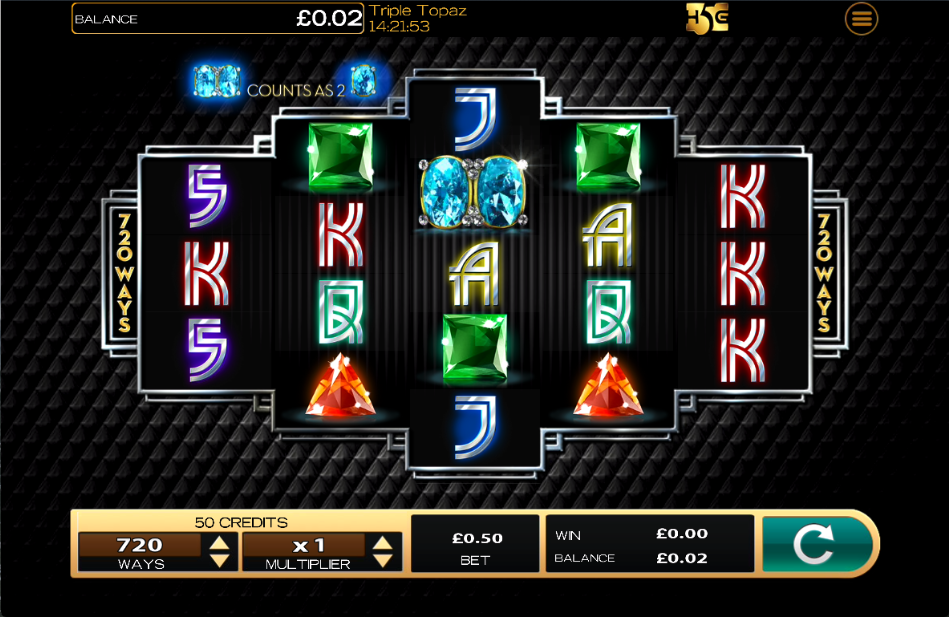 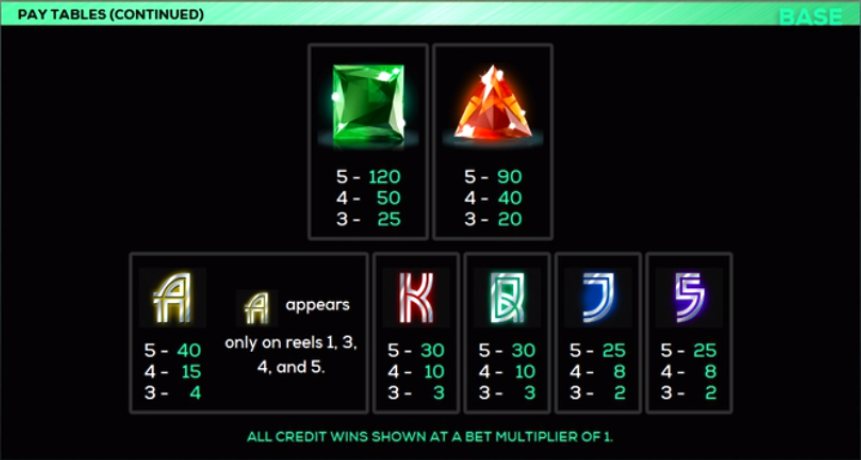 There’ll always be a place for sparkly jewels on an online slot because they’re a reminder of what could be awaiting us if those big wins hit a bit more often; Triple Topaz is the name of this particular game, it’s developed by Bally Technologies/High5Games and you can read all about it below.

Triple Topaz is a five reel slot with variable rows and 720 ways to win; there’s an Art Deco feel to the design with slim silver frames surrounding those reels against a mottled black backdrop.

The higher value symbols are all jewels and include the topaz, the jade and the ruby; 9, 10, J, Q, K and A make up the lower values. Both the topaz and the A appear only on reels one, three, four and five. In addition the topaz symbol can land with one, two or three jewels and these count for that number in a winning line.

The wild is a big ‘Wild’  which appears only on reels two, three and four; it will replace all others to help make winning matches except for the Free Spins and Find Your Fortune bonus symbols. If the wild subs for a topaz symbol it will count as three jewels.

Trigger this by landing three of the Find Your Fortune symbols anywhere on reels two, three and four; you’ll now get to play one of two five stage picking game to win cash prizes. You can’t fail to get past the first two stages but after that making the wrong pick will end the feature.

Triple Topaz is a playable enough slot with some good looks and sound effects to match; the double and triple topaz symbols can jack up the winnings in a refreshing manner and there’s an RTP of 94.90%.