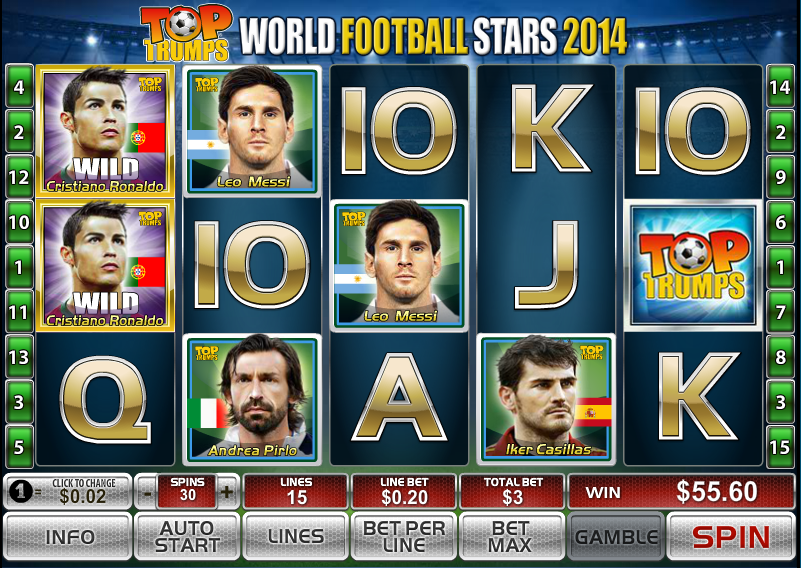 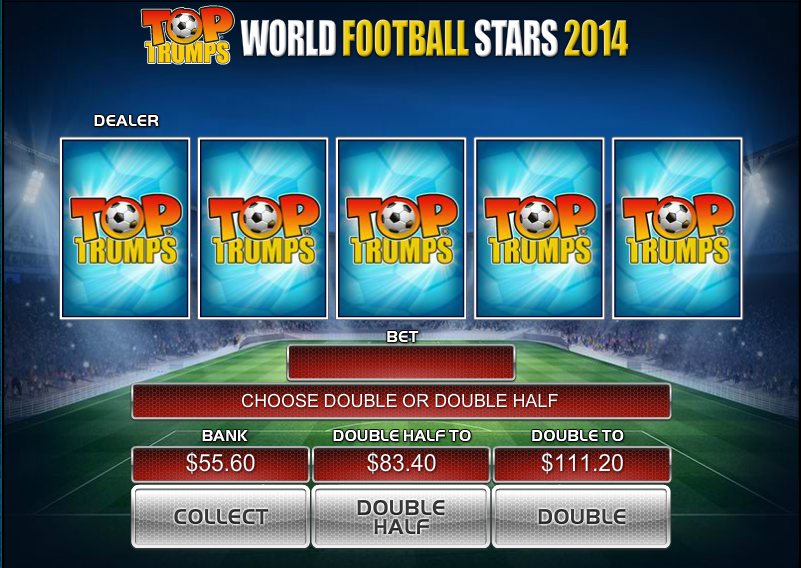 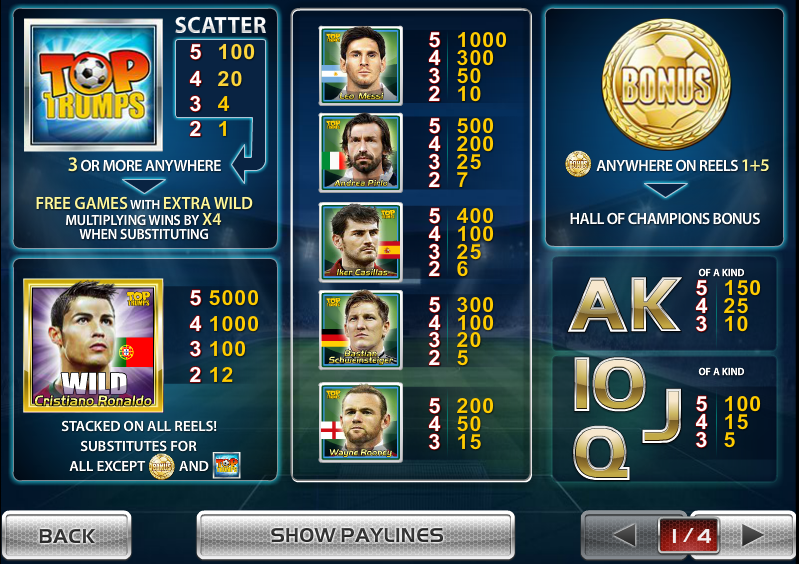 Regular online slots players will be well aware that Playtech already have a game that’s similar to this – it’s called World Football Stars. This new version adds ‘2014’ on to the end of the title and updates the list of players featured for a more contemporary feel, especially in this World Cup year. Out go players such as David Beckham and Jurgen Klinsmann and in come Wayne Rooney and Bastian Schweinsteiger. Read on to find out more about this updated game.

World Football Stars 2014 plays out over five reels and fifteen paylines and like the original, it’s a pretty basic-looking game. In the base game there are five main players as the high value symbols – Lionel Messi, Andrea Pirlo, Iker Casillas, Bastian Schweinsteiger and Wayne Rooney. Low value symbols are the usual 10, J, Q,  and A.

Cristiano Ronaldo is wild, the Top Trumps logo is a scatter and then there’s a gold medal bonus symbol.

Landing three or more of the Top Trumps scatter symbols anywhere on the reels will trigger this feature. You will receive ten free spins but first of all you must pick from a list of players. That player will then become an extra wild on the reels, multiplying any win by 4x.

You can trigger more spins indefinitely by landing more Top Trumps logos during this round.

This feature is triggered by landing the gold medal bonus symbol on reels one and five in the same spin. You will now be presented with sixteen superstar players and all you need to do is pick three to reveal cash prizes. You can use the Shuffle button to mix up the players but only before you’ve made your first pick.

If you’re lucky, one of your choices might award an extra pick. This feature can’t be triggered during the free spins.

Any win can be gambled by using the ‘Gamble’ button underneath the reels; the dealer will turn the first card and if you want to gamble, the next card must be higher.

You have the same chance of triggering the features with one line or fifteen lines so low rollers might appreciate the opportunity to use low stakes and still activate those games.

This is not a great improvement over the original Top Trumps game but it does update the roster with some new players, although some of those included could already be described as veterans. The Hall Of Champions bonus is an extra addition.