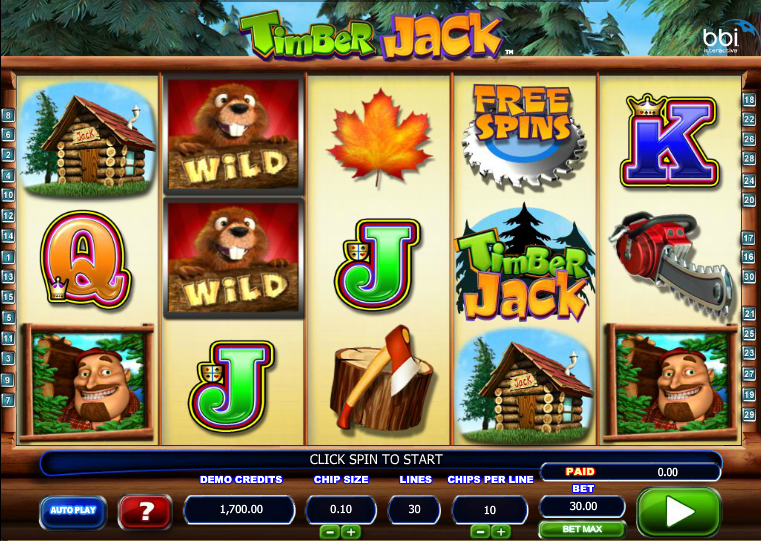 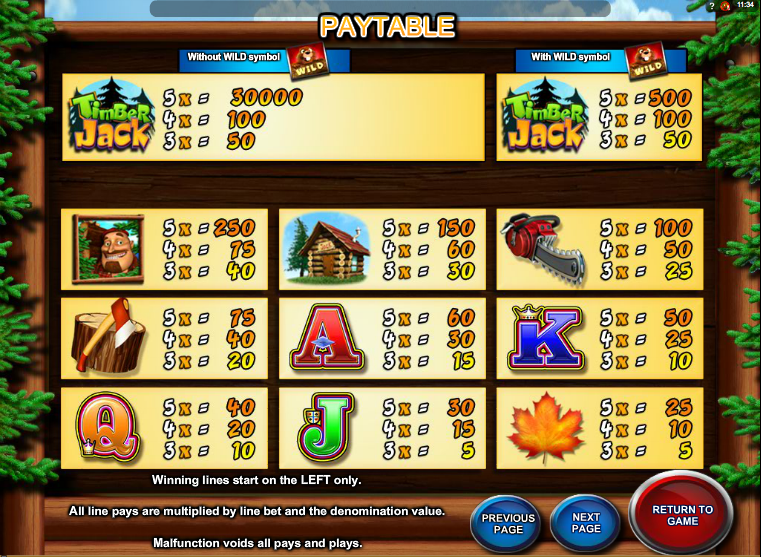 Here’s a theme we’ve not seen before – Timber Jack is all about chopping wood and the life of a lumberjack. Jack probably works all day and sleeps all night but whether he dresses up in women’s clothes is another matter which we’ll leave to Monty Python. This online slot is from Bluberi Gaming, the outfit who developed Burglin’ Bob so they have a solid track record.

Timber Jack is a five reel and thirty payline game and those reels are set into a wooden frame which is placed against the background of a forest and a blue sky.

The main symbols are an axe, a chainsaw, Jack’s hut, Jack himself and the Timber Jack logo. The lower values are a maple leaf and then the standard J, Q, K and A.

The cheeky little beaver is wild and the saw blade is the scatter symbol which activates the main feature. The wild can appear stacked on the reels which means it can fill up an entire reel, giving you lots of opportunities for winning combos.

There are a number of free spins available in this game and you can trigger them by landing three or more of the of the saw blade symbols anywhere on the reels. You will receive the following:

An added extra during this feature is the wild symbol; land it on reels two, three and/or four and your win will be multiplied in the following manner:

Timber Jack is a cheerful enough game with some high quality animations to complement your wins. The beaver wild symbol is a particular favourite. The free spins seem to get triggered regularly which always go down well.