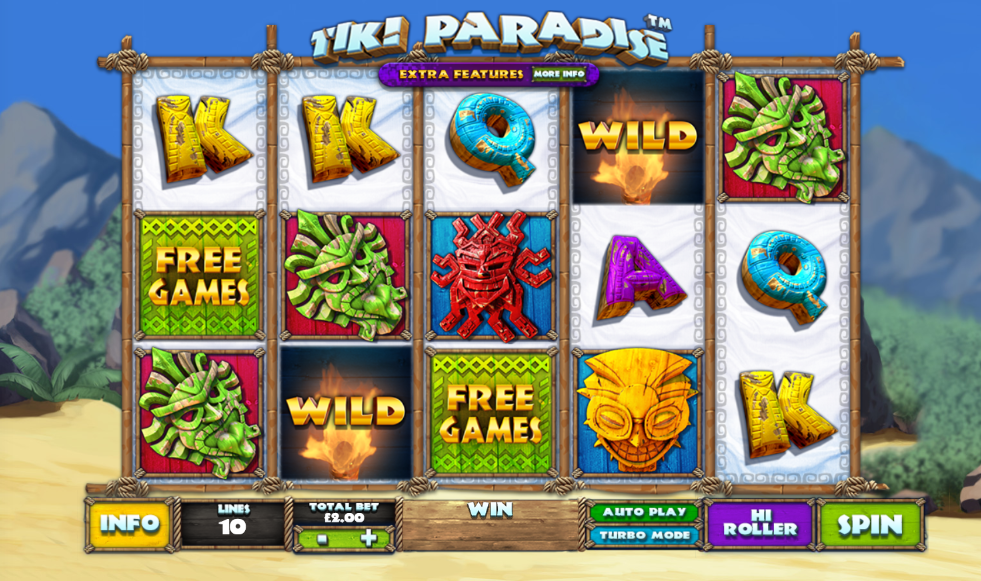 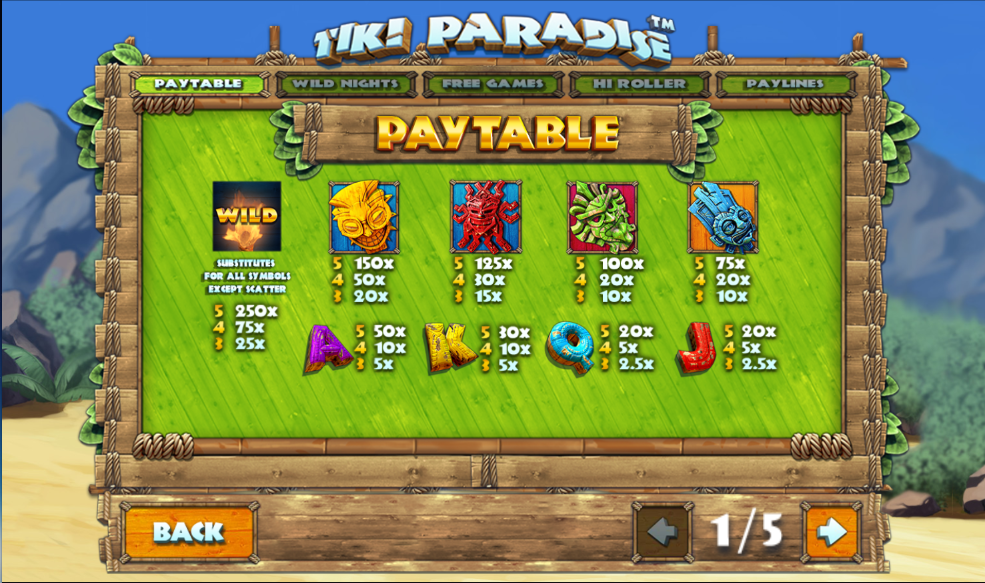 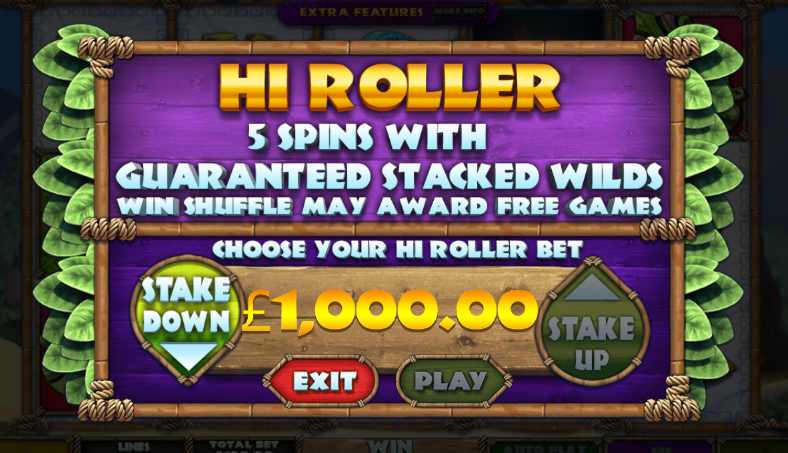 The Pacific islands have provided plenty of entertainment for online slots fans in the past and now we have one more to enjoy; it’s called Tiki Paradise, it’s developed by Playtech and it rewards those who prefer to play on their mobile devices.

Tiki Paradise is a five reel slot with three rows and just ten fixed paylines; pieces of driftwood lashed together hold the spinning reels while in the background there’s a Pacific island view of sandy undergrowth and mountains.

The wild symbol is a flaming torch which will substitute for all others to help form matching combinations except for the Free Games scatter icon.

This can occur randomly on any spin and you will be prompted to select a reel which will then be framed; if a stack of wilds lands on that reel you will receive a guaranteed win or an improvement on any current wins.

This is triggered by landing three of the Free Games scatter symbols anywhere on reels one, three and five for which you will receive ten free spins. Initially you will be prompted to select two of the following three features to be active during those spins:

You can’t trigger any more spins from within this round but if you’ve already played Tiki Paradise on a mobile device you’ll receive an extra twenty spins plus the lower value cards will be removed from the reels.

This is an optional bet which costs 10x your total stake but buys you five spins with the following extra features:

Tiki Paradise is notable for the extra rewards available for those who’ve played previously on a mobile device and perhaps this is a glimpse of the future for slots developers; the game itself is good fun and comes with an RTP which ranges from 91.93% – 94.05%.