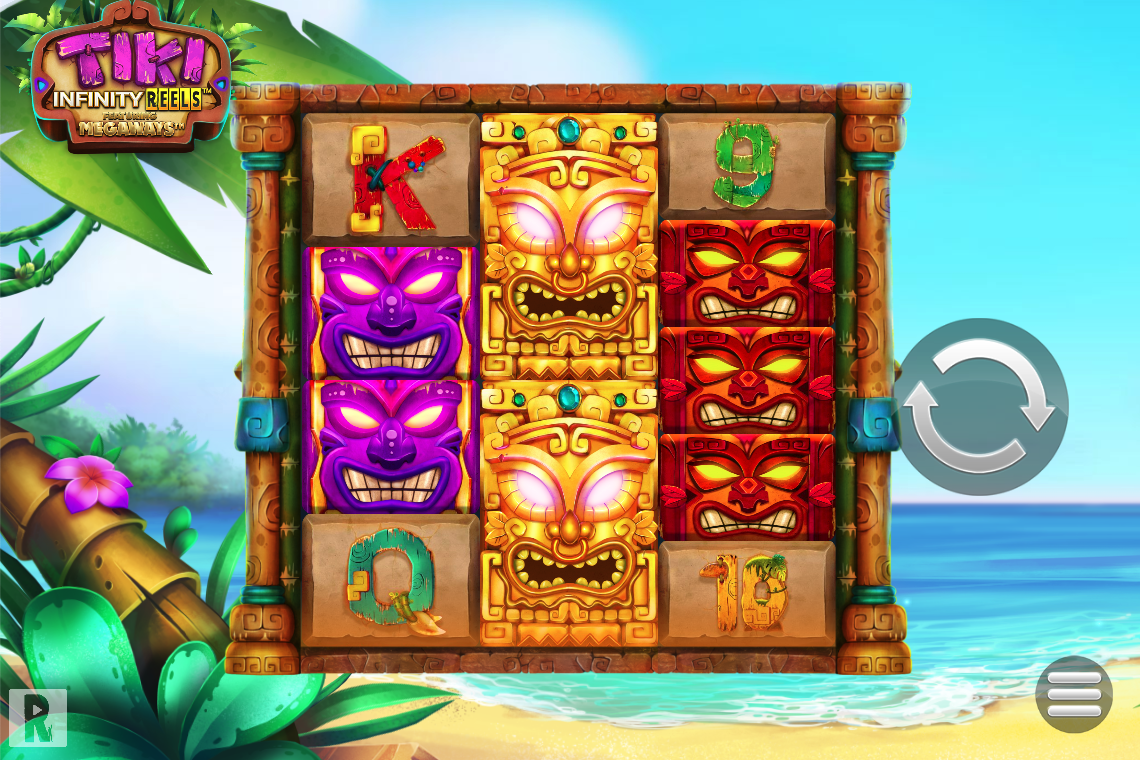 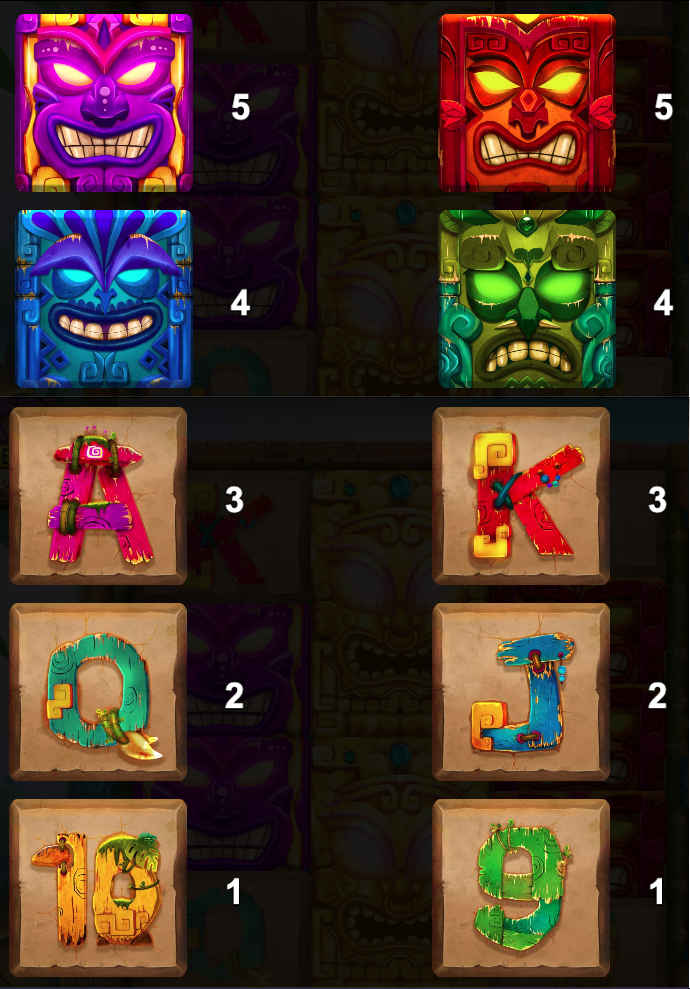 Join us now as we take a journey to some island in the South Pacific where the sun is shining and Infinity Reels combine with Megaways to crank up the excitement; this is Tiki Infinity Reels Megaways, it’s developed by Yggdrasil Gaming and there are main multipliers and a jackpot of 888x to enjoy.

Tiki Infinity Reels Megaways is a three reel slot with up to five rows on each reel (Megaways); the reels spin within an expanding frame accessorised with tribal carvings and the whole structure floats above a sunny beach fringed with palm trees.

Tiki blocks in purple, red, blue and green represent the higher value symbols while 9, 10, J, Q, K and A created from coloured driftwood make up the lower values. The golden Tiki block is wild and the volcano is the scatter symbol.

Every spin contains three reels initially but a win will add an extra reel to the right hand side – if a new combo is created or an existing one is extended with that new reel then another reel is added. This process can continue indefinitely but if you can reach the point at which twelve extra reels have been added there’s a payout of 888x the total stake.

In addition the win multiplier which starts at 1x on the first spin will increase by 1x with each extra reel. When there are no more wins the reels revert to three again. The addition of the variable rows with Megaways adds some extra excitement to this feature.

Any win with the volcano scatter symbols will trigger ten free spins but that number can be increased when the round is underway by spinning two extra Infinity Reels in one spin or by landing another volcano – the former adds an extra spin while the latter adds four.

The win multipliers do not reset after a non-winning spin and will continue to rise indefinitely.

The Megaways don’t really add a great deal here but the Infinity Reels are always good fun and it’s entertaining to watch the reels slide across the screen as more wins are created; trigger those free spins to get the wins really stacking up.

The Return To Player percentage for Tiki Infinity Reels Megaways is 96.01%.

How To Win On Tiki Infinity Reels Megaways?

Where can I play Tiki Infinity Reels Megaways?